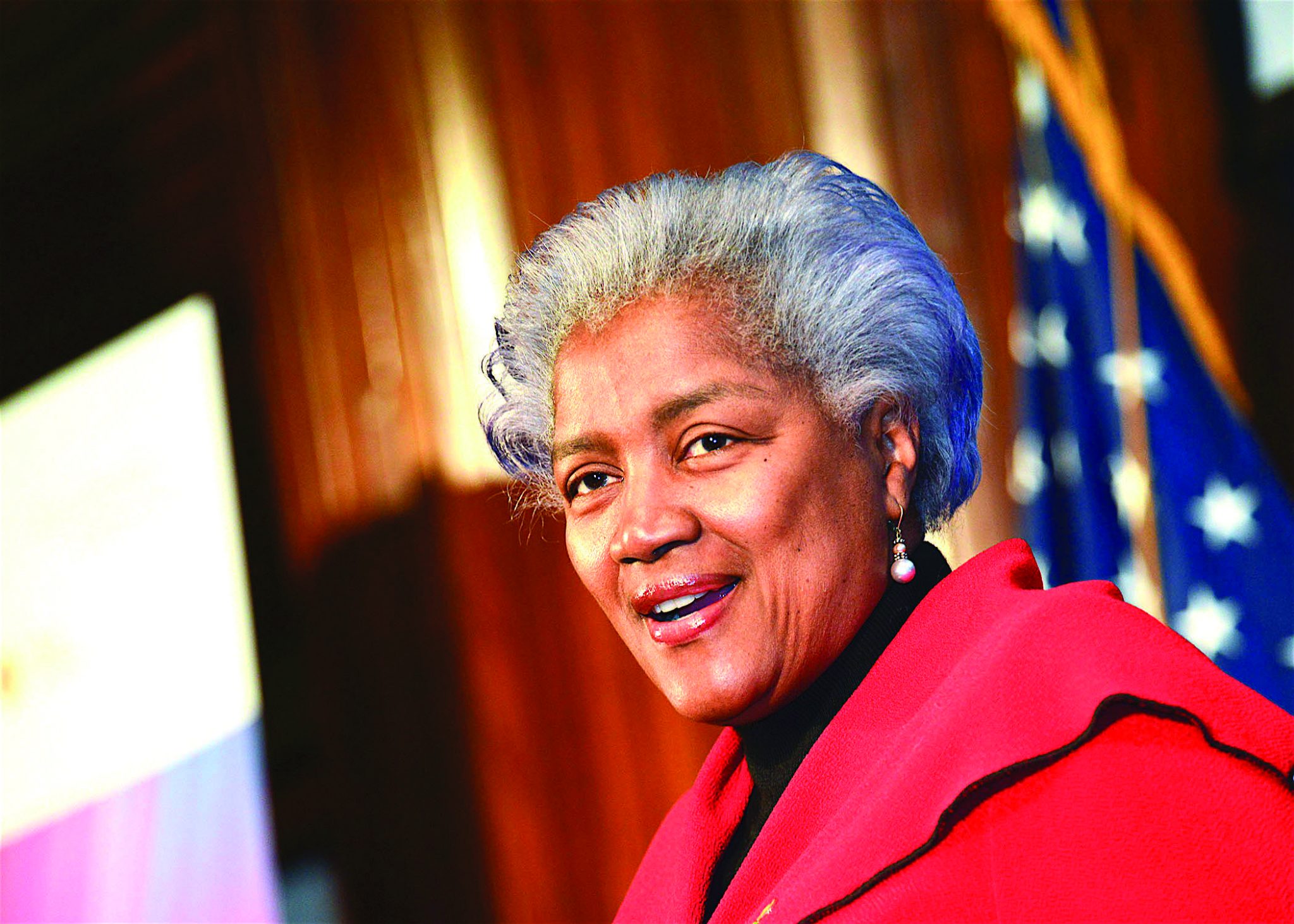 Political analyst and author Donna Brazile delivered a stirring address about the “State of the Black Press in 2018” at the National Press Club in Washington, D.C., capping off the National Newspaper Publishers Association’s (NNPA) annual Black Press Week.

The NNPA is a trade group that represents more than 200 Black-owned media companies operating in the United States. NNPA member publications reach more than 20 million readers in print and online every week.

“I’ve known Donna Brazile for about 40 years and, in 2016, the Democrats couldn’t have selected a better person to lead them,” said Dr. Benjamin F. Chavis, Jr., the president and CEO of the NNPA.

Brazile, the veteran political strategist and former chair of the Democratic National Committee, said that the Black Press is the “pulse of the community.”

“You are carving out stories that the mainstream [media] won’t. You’ve been at the forefront of change, even before change was in vogue,” Brazil said. “That’s why I’ve always supported the Black Press.”

Brazile said she’s walked in and out of many campaign headquarters with a simple, yet critical question for those seeking political office: “Have you engaged the Black Press?”

She recalled working for Michael Dukakis during his failed 1988 presidential campaign against George H.W. Bush.

When she realized the former Massachusetts governor had not spoken with or taking out any advertisements in the Black Press, she stopped working for him.

“I went on strike,” said Brazile, adding that Dukakis told her that he was advised that “it was a waste of money to advertise in the Black Press.”

“I said, ‘Oh, you’ve won this race? You don’t need the Congressional Black Caucus, you don’t need the Black Press?” said Brazile; she convinced Dukakis of the importance of engaging African-American-owned media.

“They wound up spending $10,000 with the Black Press … a pittance,” she said. Bush handily defeated Dukakis and Brazile said that the 2016 election proved a repeat of Dukakis’ error. “It’s the same type of thinking that cost Hillary Clinton the election. Had they invested [in advertising in the Black Press] – out of the billions they spent – we would be in this room celebrating.”

Chavis said that if the Democratic Party had listened to Brazile, they could have won.

This year, Chavis said that the NNPA will lead a massive voter registration drive to add 5 million, new Black voters to the rolls.

“This is our payback year!” Chavis said.

Dorothy Leavell, the chairman of the NNPA, said that Brazile spent her career advocating for the Black Press and working to help people understand the value of the Black Press.

“[Donna] has run some of the most influential campaigns, including Reverend Jesse Jackson’s historical presidential campaign and we could never really repay her for the services she’s given to the Black Press,” Leavell said.

Brazile is the best-selling author of “Hacks: The Inside Story of the Break-Ins and Breakdowns that Put Donald Trump in the White House.”