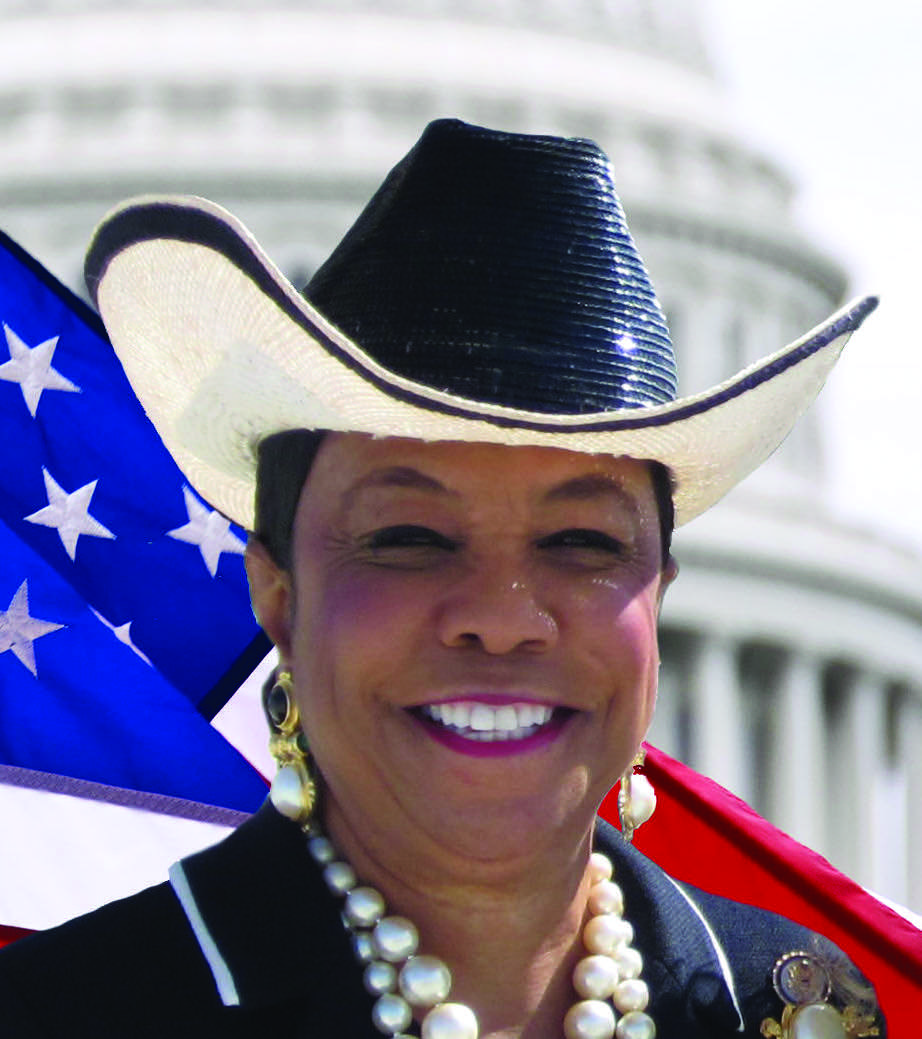 Most Americans had not heard of Rep. Frederika Wilson until she accused President Trump of making insensitive remarks in a condolence call to the widow of an American soldier killed in Niger.

But her connection to the military’s often secretive work in Niger came as little surprise to intelligence officers who know the Florida Congresswoman as a long-time supporter of U.S. counter-terrorism missions in Africa. Since her election to the House in 2010, Wilson has become one of the staunchest advocates for U.S. support in the fight against the jihadist group Boko Haram.

In an exclusive interview with the Urban News Service days before the attack in Niger, she said she is especially concerned about the threats Boko Haram and other terrorist groups could pose to America’s homeland. “What you are going to see is little Black boys in communities that Boko Haram will [target by] sending people in to change the trajectory of what’s happening in our inner cities and they too will become terrorists,” she said.

African security has long been an issue for the congresswoman. Wilson was part of the first congressional delegation to go into another African country, Nigeria, after Boko Haram abducted 276 girls in 2014 from a school in the town of Chibok, stirring international outrage and inspiring the social media hashtag #bringbackourgirls. Boko Haram has released many of the girls, but 113 remain missing.

In a Facebook posting following the death of four Americans soldiers in Niger at the hands of Islamic terrorist on Oct. 3., Wilson framed their losses as part of a larger struggle against Boko Haram and Da’esh (ISIS) in Africa. She also noted that she had sponsored a successful piece of legislation which directs the United States to aid Nigeria and its neighboring countries, including Niger, in developing a five-year strategy to fight Boko Haram.

Although that legislation did not call for a direct role for American troops, she has outlined financial moves and controversial arms sales as moves the Trump administration could take to help Nigeria.

“We have money in our banks that was confiscated from Nigeria – it’s dirty money and it’s now up to us to return the money to the Nigerian government so they can use the money to help international displaced people,” she said. “There are thousands of them who have been rooted from their homes because of Boko Haram.”

Like insurgencies around the world, Boko Haram’s ability to launch raids in one country and seek safety in another has made the group especially difficult to confront. Wilson stressed that U.S. must make sure “that the Multinational Joint Task Forces that we put in place is working with Chad, Niger and Nigeria and make sure it’s working and make sure they can cross boundary lines to chase Boko Haram.”

The congresswoman has also supported the controversial sale of warplanes to Nigeria, a stance that contrasted sharply with some in her own party.

Nigeria has long sought to purchase a dozen Super Tucano A-29 aircraft for its use in its campaign against Boko Haram. The propeller plane is produced by Brazil and the United States and is designed for counter-insurgency operations and aerial reconnaissance.

The Obama administration initially approved a sale of the aircraft to Nigeria, but put it on hold in January after the Nigerian air force mistakenly bombed a refugee camp along the Nigerian-Cameroonian frontier that killed 115 people and 100 people injured. The Trump administration approved the sale this summer.

The sale has proved controversy for other reasons. Two Senators Corey Booker (D- New Jersey) and Rand Paul of Kentucky (R) have also opposed over the concerns regarding the Nigerian government’s violent treatment of its Shia Muslim minority.
“We are concerned that the decision to proceed with this sale will empower the government to backtrack even further on its commitments to human rights, accountability, and upholding international humanitarian law,” the two senators wrote in a joint letter to Secretary of State Rex Tillerson in June.

Asked about her sale of the warplanes, Wilson put the issue in the context of the corruption in the former administration of President “Goodluck” Jonathan Taylor. He was defeated in 2015 elections by the current president, Muhammadu Buhari, a former military strongman who has made defeating Boko Haram a priority. Wilson expressed confidence that Bukhari had addressed corruption and other concerns that had plagued the sale in the past.

“It takes a while for them to get the planes and it will take a while for Nigerian soldiers to be properly trained,” she said, [but} we should see that very soon in Nigeria.”
Bukhari is potentially open to military assistance from the U.S., which then President Taylor halted in 2014. Nigeria, however, was not listed on a list of countries where U.S. forces are deployed in a letter the Trump Administration sent to Congress this summer.

Under Bukhari, the Nigerian military in concert with its regional allies has put Boko Haram on the defensive in Nigeria. Boko Haram first emerged in 2002 amongst disaffected members of the Kanuri tribe. Ironically the place where Boko Haram may have its best chance to regain the initiative is in Niger.

The recent withdrawal of Chadian forces from Niger could mean that Boko Haram could potentially form a tactical alliance. Niger is the only country in Africa where Boko Haram, Da’esh and Al-Qaeda have all launched attacks.

It remains unclear if members of Al-Qaeda, Da’esh (ISIS), or another terrorist group operating in Niger were responsible for the attack.

A Pentagon statement linked the attack to Al-Qaeda. As of press-time, no terrorist group has taken responsibility for the deadly October 4th attack.