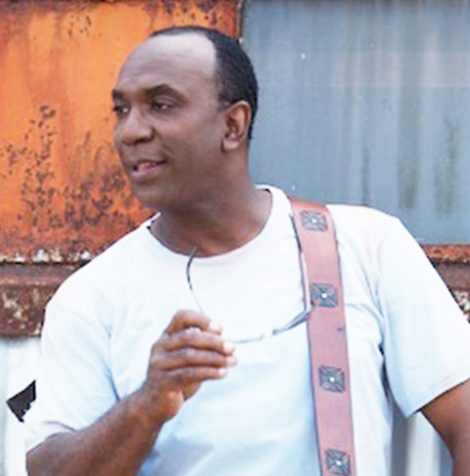 Thomas McClary, the legendary founder of the super group the Commodores, has a new book that takes readers on a journey through Motown, the Civil Rights Movement and a backstage war for the ages. McClary, who co-founded the group with Lionel Richie, recently released “Rock and Soul,” a stirring autobiography where readers also learn about his activism.

“I kept getting questions as to when are the original Commodores going to do reunion and, after hearing that for the ‘umpteenth’ time I realized that people wanted to know,” said McClary. “So, I started to think about it and started writing things down.”

The book details McClary’s recruitment of Richie, one of the biggest selling artists in the history of Motown Records.

“When I met Lionel, he was a very shy guy and I had to convince his grandmother and parents to allow him to play in the band,” McClary said. “I pushed him out to become the lead singer after our initial lead singer was drafted into the Vietnam War. I overheard Lionel singing in the shower one day and I said, ‘hey, you can sing.’”

When the book begins, McClary is in a courtroom.

One of the members secretly trademarked the Commodores name, barring McClary’s use, while performing separately.

“I think readers will be surprised at how perseverance played a role in our success and they will also be surprised to know that, even though we had a very united front, behind the scenes things weren’t so kosher,” he said.

“I’m the founder and all of us were equal as it relates to corporate ownership and the name. One of the guys decided he was going to take it on his own to trademark the name and I’m still handling it.”

The singer, musician and songwriter is credited along with Richie for writing nearly all of the Commodores music, a bevy of hits that’s led to multiple Grammy nomination and induction into the Vocal Group Hall of Fame.