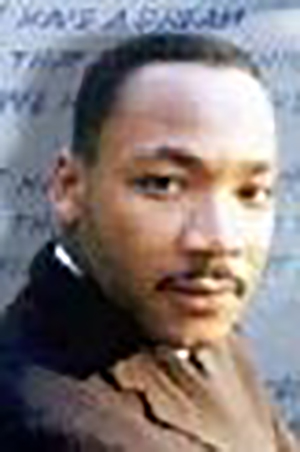 (TriceEdneyWire.com)
April 4, 2021, (ironically Easter Sunday this year) will mark the 53rd anniversary of the assassination of Dr. Martin Luther King, Jr, an historical date that I am willing to bet at least seventy-five percent of young black folks under 40 are almost totally unaware of.

Even most of those over 40 may have forgotten that this is the date that we should commemorate the memory of Dr. King as a warrior who left us with serious guidance in his book “Where Do We Go From Here: Chaos or Community?”

That guidance includes the following: “Black Power is also a call for the pooling of black financial resources to achieve economic security period. While the ultimate answer to the Negro’s dilemma will be found in a massive federal program for all the poor along the lines of A. Philip Randolph’s Freedom Budget, a kind of Marshall Plan for the disadvantaged, there is something that the Negro himself can do to throw off the shackles of poverty. “Although the Negro is still at the bottom of the economic ladder, his collective annual income is upwards of $30 billion. This gives him a considerable buying power that can make the difference between profit and loss in many businesses. Through the pooling of such resources and the development of habits of thrift and techniques of wise investment the Negro will be doing his share to grapple with his problem of economic deprivation.

“If Black Power means the development of this kind of strength in the Negro community then it is a quest for basic, necessary, legitimate power.”

Another example of serious guidance from Dr. King is that “In assessing the results of the Negro Revolution so far it can be concluded that Negroes have established a foothold, no more the hard truth is that neither Negroes nor whites have yet done enough to expect the dawn of a new day. While much has been done, it has been accomplished by too few and on a scale too limited for the breadth of the goal. Freedom is not won by passive acceptance of suffering….the brunt of the Negro’s past battles was borne by a very small striking force. Though millions were ardent and passionate supporters only a modest number were actively engaged and these were too few for a broad war against racism, poverty, and discrimination….” Note Dr. King’s use of the word “war.”

Dr. King also wrote that “The majority of white Americans consider themselves sincerely committed to justice for the Negro. They believe that American society is essentially hospitable to fair play and to steady growth toward a middle-class Utopia embodying racial harmony. But unfortunately this is a fantasy of self-deception and comfortable vanity.”

The above are not the words of a dreamer, something that the forces behind his assassination were well aware of. Dr. King’s words are those of a perceptive warrior in the war against white supremacy and are just as relevant in 2021 as when he wrote them in 1967. We black folks will continue to deceive ourselves if we choose to ignore them as a guide for action.