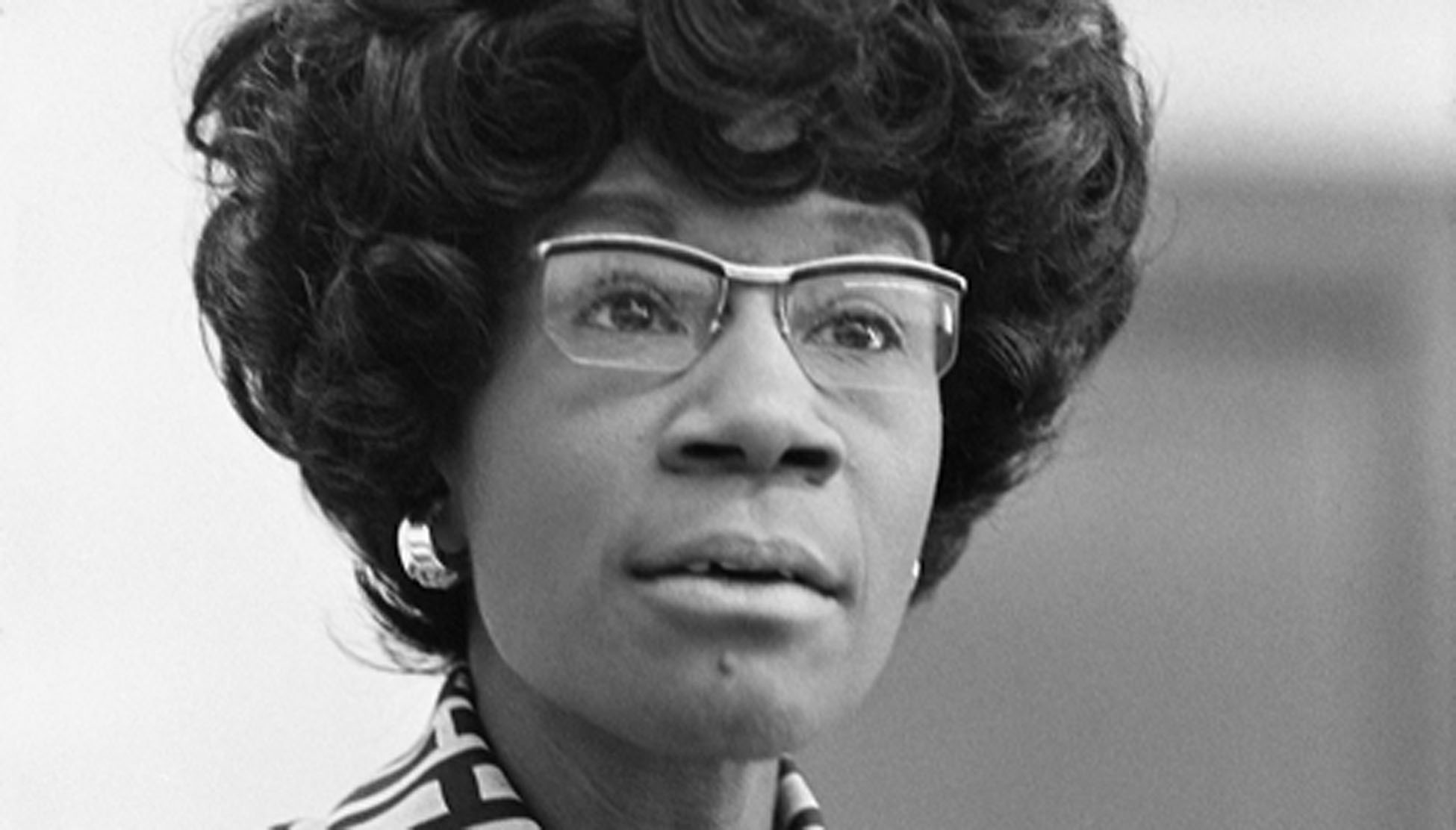 The nation has marked the historic occasion of the first woman in American history to win the Presidential nomination for a major political party. While Hillary Clinton has come further than any woman Presidential candidate, she is not the first. Victoria Woodhull ran as the candidate for the Equal Rights Party in 1872. Margaret Chase Smith challenged Barry Goldwater for the Republican nomination in 1964. More recently, Pat Schroeder in 1988 and Carol Moseley Braun in 2004 vied for the Democratic nomination.

But the most historically significant forerunner to Hillary Clinton was Shirley Chisholm, the Brooklyn-born trailblazer who was also the nation’s first African-American Congresswoman.
The daughter of working-class immigrants from the Caribbean, Chisholm became interested in politics while serving as the director of a child day care center and an educational consultant for the New York City Division of Day Care. She served three years as a New York State Assemblywoman before running for Congress in 1968 with the slogan: “Unbought and Unbossed.”

“My greatest political asset, which professional politicians fear, is my mouth, out of which come all kinds of things one shouldn’t always discuss for reasons of political expediency,” Chisholm said. Chisholm hired only women for her staff, half of whom were African-Americans. “Of my two handicaps, being female put many more obstacles in my path than being Black,” she said.

She announced her candidacy for President at a Baptist church in Brooklyn. “They think that I am trying to take power away from them,” she said. “The Black man must step forward. But that doesn’t mean the Black woman must step back. While they’re rapping and snapping, I’m mapping.” She competed in 14 states, winning 28 delegates to the convention.

As a symbolic gesture, candidate Hubert Humphrey released his 83 Black delegates to cast their votes for Chisholm. With the votes of several other delegates at that contentious convention, Chisholm finished fourth in a field of 13, with 152 delegates. It is hard to imagine, in this era of sharp division in politics, the remarkable moment during that campaign when she visited her segregationist rival, Alabama Governor George Wallace, in his hospital room after he was shot and wounded. “What are your people going to say?” he asked her. “I know what they are going to say,” she said. “But I wouldn’t want what happened to you to happen to anyone.” She recalled that her words moved him to tears.

Chisholm retired from Congress in 1982 and remained an outspoken activist for civil rights until her death in 2005. It would be difficult to overestimate the impact and influence of Chisholm’s Congressional service and Presidential candidacy. While Congress remains disproportionately White and male, one-in-five members of the current House and Senate are a racial or ethnic minority, making the 114th Congress the most diverse in history. The nation’s first African-American President is winding up his second term, and a woman – a former senator and Secretary of State – has just won the Democratic nomination for President.

In her acclaimed speech on the Equal Rights Amendment in 1970, Chisholm said, “The Constitution they wrote was designed to protect the rights of White, male citizens. As there were no Black Founding Fathers, there were no founding mothers — a great pity, on both counts. It is not too late to complete the work they left undone. Today, here, we should start to do so.”