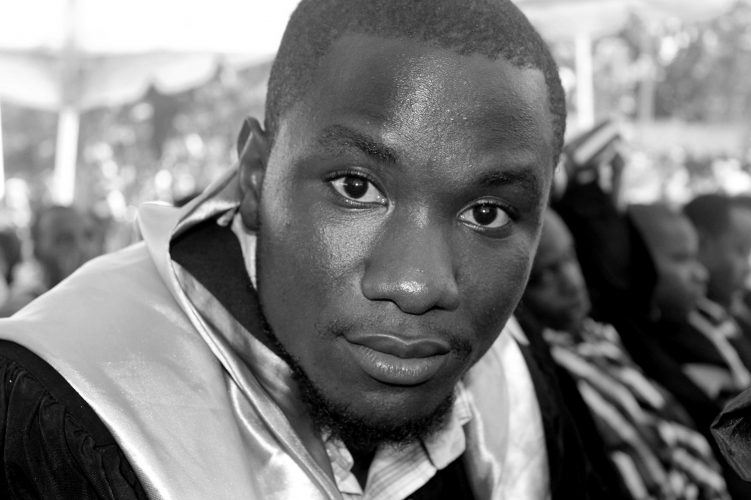 When Cheyney State University was placed on probation last November, it was hard to envision a steady stream of graduates strolling across the stage to pick up their academic degrees.

But that is what happened on May 12. The nation’s oldest HBCU held its 163rd commencement on Cheyney’s historic Quadrangle and awarded 236 degrees. The keynote speaker was Alumnus Irvin Clark, who is vice president of economic development and dean of the Newton campus at Georgia Piedmont Technical College.

“It is your responsibility to change the society if you think of yourself as an educated person,” said Clark, quoting Baldwin.

Clark, a two-time graduate of Cheyney holds a 2001 master’s of science degree, and a 1998 bachelor’s of arts degree. Clark urged the graduates to join the outstanding list of graduates by “making your mark on a world that can sometimes be unforgiving.”

Clark told the graduates, “At Cheyney, we produce leaders. We produce innovators. We produce men and women who are ready to be the change that this world needs. From our humble beginnings, Cheyney has been a cornerstone.”

Clark said later in a follow-up interview, “The one thing I hope that the graduates took away from my speech is that it is important to be champions of Cheyney University. Cheyney has prepared them well, but they have to be motivated and inspired to reach back and leave no one behind. That’s what Cheyney did for me, and I know that it’s done the same for the students that graduated today.”

Robert W. Bogle, chair and CEO of the Philadelphia Tribune and chair of the Council of Trustees, also addressed the graduates, saying, “Cheyney is proud of each and every one of you, and it is because of you that we believe strongly that our tomorrows will be better than our yesterdays.”

Despite its struggle with low enrollment and record-level debt, the nation’s oldest HBCU recently awarded undergraduate and graduate degrees to 236 graduates. More than 2,000 visitors attended the 2018 commencement ceremonies, according to news reports.

“I am inspired by the commitment of this senior class who excelled academically, participated in internships, research programs and who have studied abroad,” said President Aaron A. Walton, who has served in the post for one year.

Class Valedictorian, Samuel Owusu, a biology major and Keystone Honors Academy scholar, who will intern this summer at the Brookhaven National Laboratory in Upton, N.Y., told those gathered for commencement, “At Cheyney, we produce leaders. We produce innovators. We produce men and women who are ready to be the change that this world needs.”

In November, Cheyney learned it would keep its accreditation. The Middle States Commission on Higher Education decided to work with the school, citing “significant progress” after a two-year probationary period. And last August, Pennsylvania’s state-owned university system agreed to forgive $30 million in loans if the school maintained a balanced budget over the next four years. Losing accreditation would have likely signaled the death knell for Cheyney, founded in 1837 as the Institute for Colored Youth.

Cheyney must report to the commission by September demonstrating progress on the remaining accreditation issues.