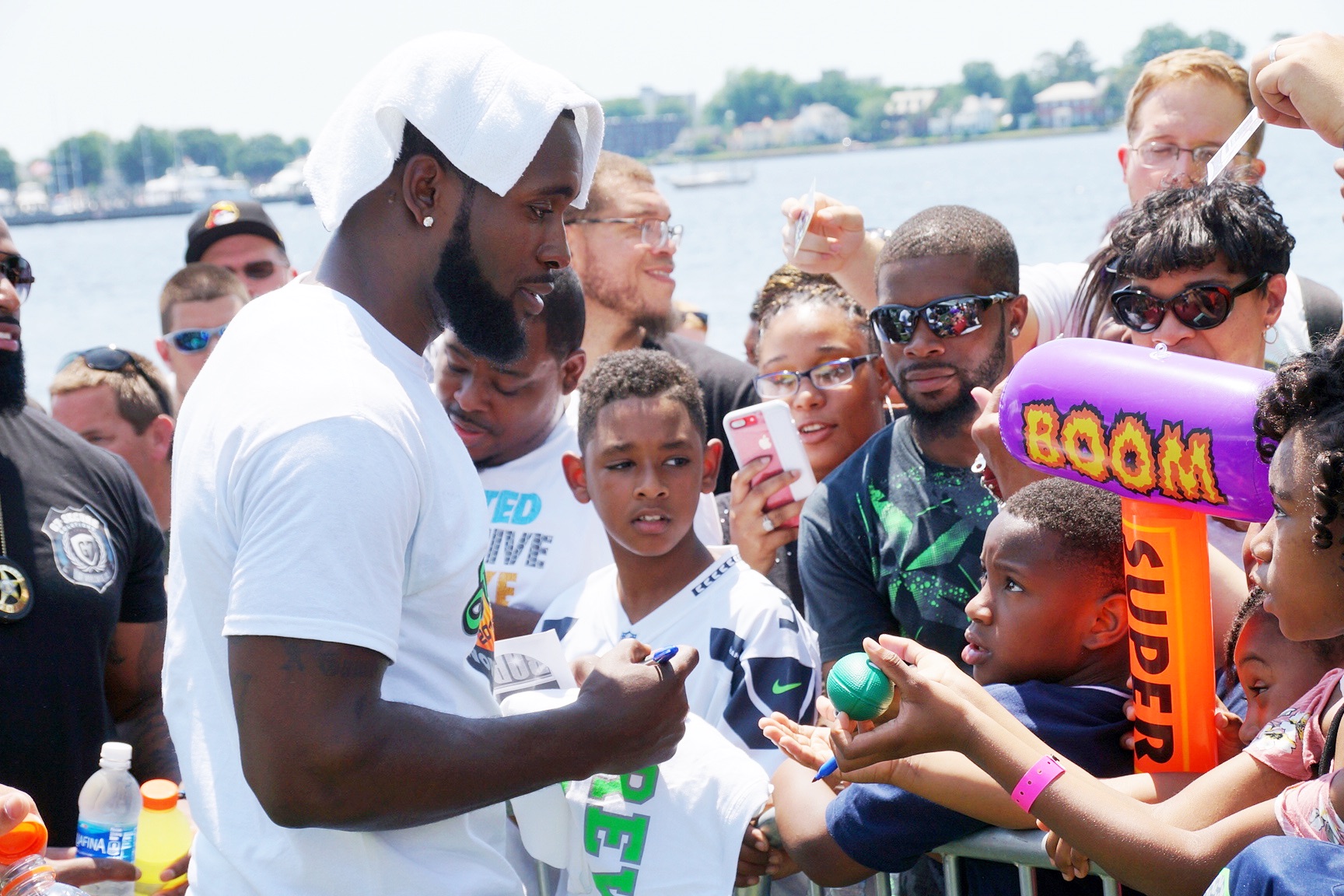 NORFOLK
Seattle Seahawk safety Kam Chancellor held his annual Memorial Day Cookout at Town Point Park in Norfolk on Saturday (May 27). The event, sponsored by Chancellor’s Kam Care’s Foundation, was free and open to the public.

Children were served free hotdogs and hamburgers and Chancellor and a host of his fellow professional athletes from the Hampton Roads area, including Hall of Fame defensive lineman Bruce Smith, former Hampton High star and current Buffalo Bills quarterback Tyrod Taylor and former Norfolk State basketball player and current New York Knicks center Kyle O’Quinn among others, were on hand to greet fans and sign autographs.

Chancellor thanked the fans for supporting him. Chancellor said he was honored to be able to bring the community together and to give back to the city of Norfolk which nurtured him as a youngster.

Chancellor is a graduate of Maury High, a four-time Pro-Bowl selectee, and Super Bowl champion. Chancellor thanked the New Journal and Guide for covering this event.