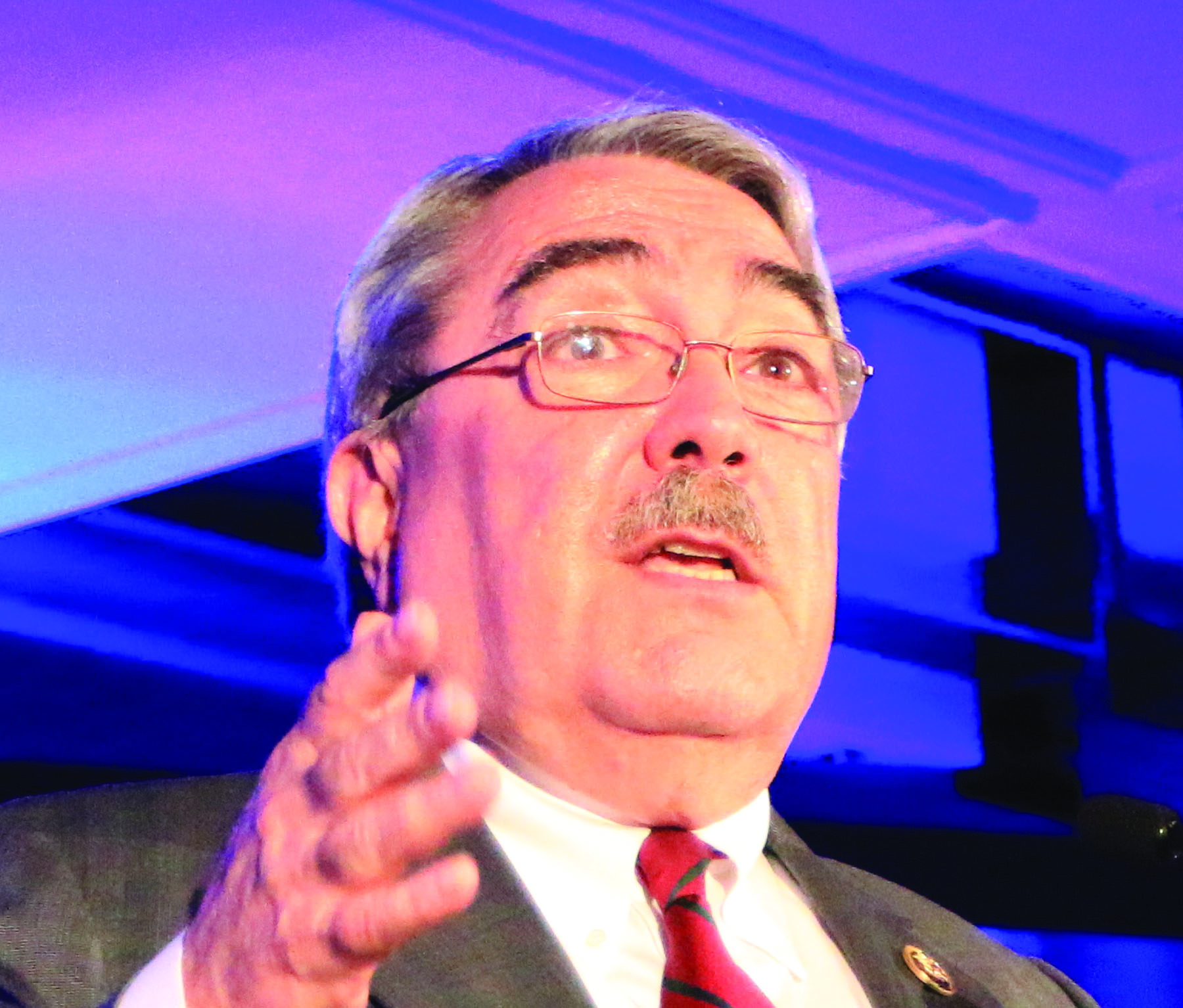 On Friday, September 16, members of the Congressional Black Caucus Political Action Committee (CBC PAC) took a break from the CBC Foundation’s Annual Legislative Conference and hastily called a press conference to address Donald Trump’s recent comments about the “Birther Movement.” The Republican presidential nominee and reality television star said that President Barack Obama was born in the U.S., but not before claiming that Democratic presidential nominee Hillary Clinton started the Birther Movement. Mainstream media treated Trump’s announcement like some groundbreaking revelation, and it dominated the news cycle for the rest of the day.

Trump has been called the leader of the Birther Movement for his role in promoting the falsehood that President Obama was not born in the United States. Trump continued these attacks, even after President Obama released his birth certificate in 2011. “Donald Trump is nothing more than a two-bit racial arsonist who has done nothing, but fan the flames of bigotry,” said Rep. Hakeem Jeffries (D-N.Y.). Then Jeffries ran down Trump’s legacy of racial discrimination and reminded journalists about the racially-charged, full-page advertisement that the real estate developer purchased in a number of newspapers in New York City that called for the reinstatement of the death penalty during the controversial “Central Park Five” case. The five teenagers, who were interrogated until they delivered forced confessions about the sexual assault and then convicted of the crime, were later proven innocent.

“Run to the polls and make sure this hater is not elected President of the United States … he’s not man enough to render an apology to the President of the United States,” Jeffries added. Rep. G.K. Butterfield (D-N.C.), speaking as a board member of the CBC PAC, called Donald Trump “a disgusting fraud” and noted that the Republican presidential candidate began to question President Obama citizenship almost from the very beginning of his first term.

“He would never have done this to Mitt Romney … he would have never done this to any other White [person] running for president,” said Butterfield.
Rep. Gwen Moore (D-Wisc.) said that Trump wanted to delegitimize the most iconic African-American in history. Moore and several other members of the CBC PAC called what Trump was doing “classic dog whistle politics.”

Moore added: “This is not just about degrading the reputation of Barack Obama, it’s about degrading the hopes of all African-Americans.” Rep. Jim Clyburn (D-S.C.) went even further and compared Donald Trump’s rhetoric and racist chants that are often heard at his rallies to the howling of wolves. “These are in-your-face kinds of efforts who are misusing the media in order to heap indignities onto the President of the United States,” said Clyburn. “[Trump is] floating a narrative that has been a part of this country for over two hundred years.”

Many Democrats and some Republicans feel that Trump has led a campaign of inaccuracy that began with his effort to call into question the very legitimacy of President Obama. From asking to see his college transcripts to the so-called “Birther “issue, Trump has tried to lead a communications effort to promote the idea that President Obama is not a real American. Rep. Sheila Jackson Lee (D-Texas) said that there has never been this low level of electioneering at this high a level.

Jackson Lee then made a call to all minorities to get out and vote on November 8, adding that, “Mr. Trump has given up his right for running for President of the United States. He is unfit.” Rep. Charlie Rangel (D-N.Y.), who is retiring at the end of the year, said that this issue is bigger than politics and the press. “We’re talking about the future of the United States,” said Rangel.
Lauren Victoria Burke is a writer and political analyst. She can be contacted at LBurke007@gmail.com and on twitter at @LVBurke.