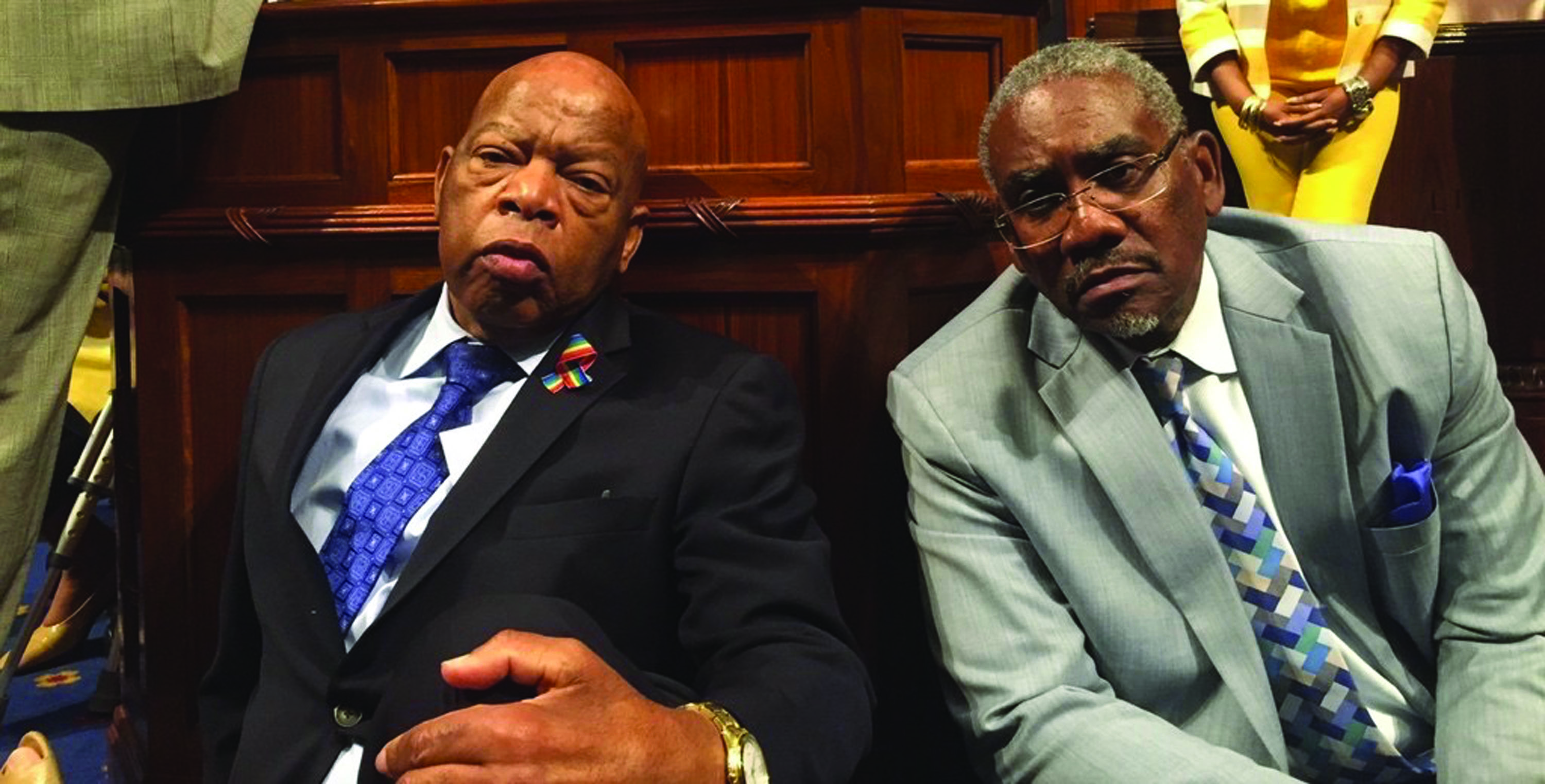 By Frederick H. Lowe
Special to the Trice Edney News Wire from NorthStarNewsToday.org

(TriceEdneyWire.com)
Democratic members of Congress, led by the Congressional Black Caucus, staged a 26-hour sit-in June 22 and 23rd on the floor of the U.S. Congress to demand a vote on a gun control measures in the wake of the massacre of 49 people in an Orlando, Fla., night club. Led by John Lewis, a Georgia Congressman and a former civil rights leader, more than 40 Democrats took to the House Floor on Wednesday to protest the Republican party leadership’s refusal to allow a vote on the gun control measure.

Republicans recessed the House, turning off C-Span, the television network of Congress, but Democrats streamed the sit-in on their mobile phones; some used the Periscope app, a live streaming platform, and Facebook. C-Span eventually began showing the demonstration. Democrats have been trying to force a vote on “no fly, no buy bill,” which would bar terror suspects on the “no-fly” list from purchasing guns, according to the website Politico.

“We have been too quiet for too long,” said Lewis, chairman of the Student Nonviolent Coordinating Committee from 1963-1966.”There comes a time when you have to say something. You have to make a little noise. You have to move your feet. This is the time. How many more mothers, how many more fathers need to shed tears of grief before we do something?”
One of the fathers was Congressman Bobby Rush (D., Ill.). Rush talked about the shooting death of his son, Huey Rich, 29, on Oct. 24, 1999.

I come from a place where gun violence is a daily, multiple, many times a day occurrence. It’s so bad in Chicago that the murder of a 3-year-old yesterday is old news because of the proliferation of guns in my city,” Rush said “I live in a danger zone. When I pull up to the intersection, me, my constituents, if a cop pulls up beside us, there’s fear. We don’t know what to expect. When I drive along the expressway, we don’t know what to expect. We don’t know where the bullet will come from. We don’t know whether or not a young man or young woman is young but armed. We need effective, sane, common sense gun control legislation. We need the House of Representatives to be the representatives of the American people, and not just the representatives of the NRA.”

During the sit-in, Democrats sang the civil rights anthem “We Shall Overcome” to illustrate their resolve in getting a vote. After 26 hours, Democrats called an end to the demonstration. Democrats did not get the vote, but the demonstration seemed to galvanize the party.