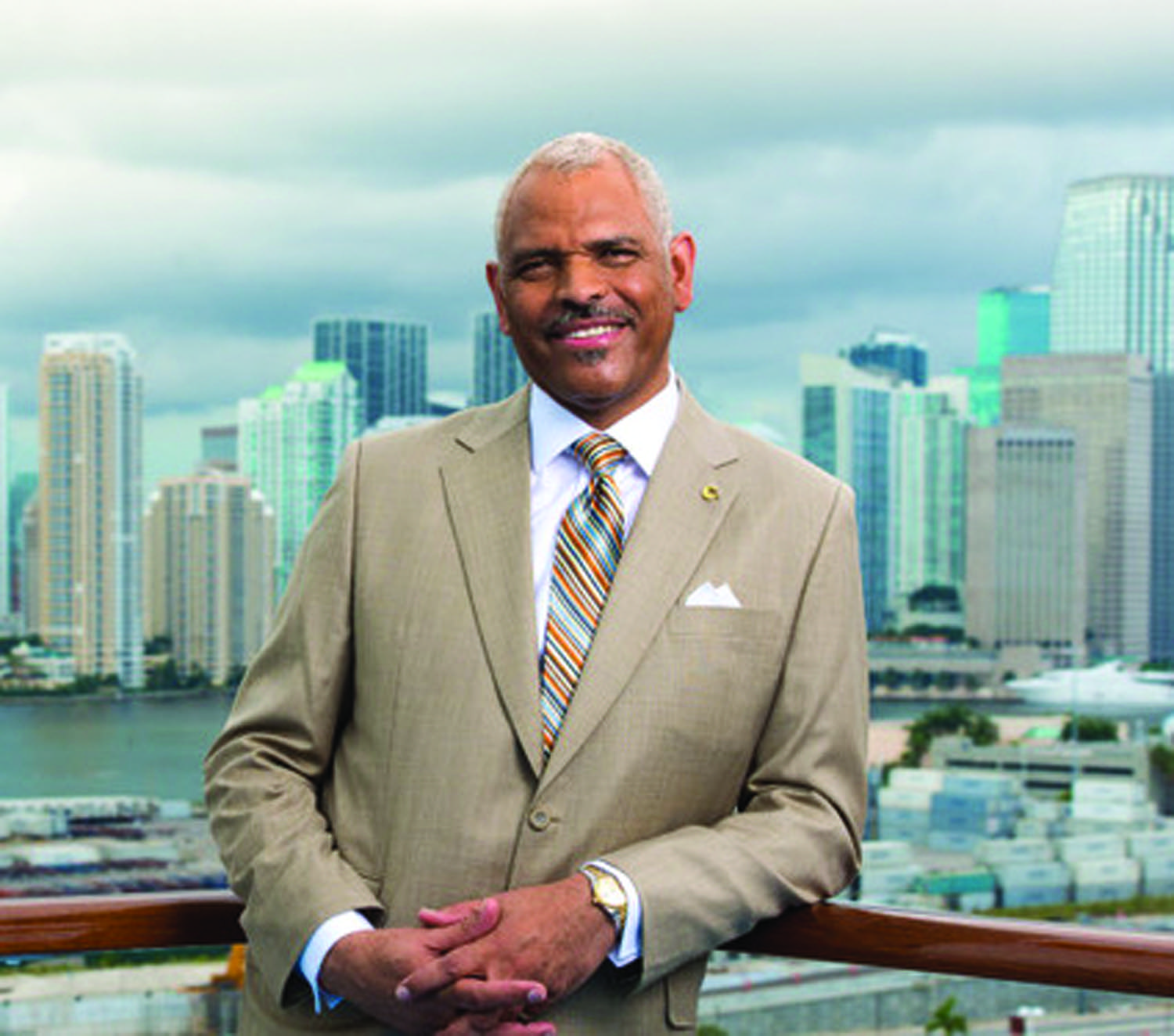 MIAMI
Carnival Corporation, the world’s largest leisure travel company, announced that its CEO Arnold Donald was named the top-ranked global executive for his strong leadership and commitment to improve diversity and inclusion in the workplace and for serving as an inspiring role model.

Donald topped the EMpower 100 Ethnic Minority Leaders list and was honored at a ceremony in London, presented by the Financial Times, recognizing the top 100 minority leaders in diversity over the past year.

EMpower 100 celebrates the work of Black, Asian and minority executives committed to workplace diversity and inclusion across businesses in U.S., Canada, U.K. and Ireland
“It is a great honor to be included in this year’s EMpower 100,” said Donald, who grew up in humble beginnings in New Orleans, and who has become one of the travel and vacation industry’s most influential leaders as CEO of Carnival Corporation since July 2013.

“I share this honor with our diverse team of brilliant and inspiring senior leaders at Carnival Corporation and our 120,000 dedicated employees from over 100 countries.

“We take great pride in connecting nearly 12 million annual guests with people, cultures and places from around the world to help foster better understanding and appreciation of each other.”

Carnival is the world’s largest leisure travel company with a fleet of 103 cruise ships visiting over 700 global ports.

Donald added, “We are also very proud of the diversity of our workforce and believe that the power of diversity of thinking drives innovation, which is fueled by leveraging the knowledge and creativity of our rich backgrounds, experiences and perspectives to achieve common goals.

“We salute all of the honorees this year and applaud EMpower’s global efforts to encourage diversity and inclusion in the workplace.”

During Donald’s nearly four years as CEO, the company has appointed diverse leaders to serve as presidents of its cruise line brands and in various leadership roles within destination services, human resources, marketing and sales, operations and global procurement, while promoting diversity and inclusion throughout the company and its brands.

During this same time period, Carnival Corporation has expanded innovation in all areas of its business and achieved significant growth, including doubling its earnings since 2013 and recording the most profitable year in its history in 2016.

Suki Sandhu, founder & CEO EMpower, said “Leaders of tomorrow can learn from Arnold the very important lesson that your ethnicity or background should not and will not be a barrier to your professional success.”

In 2016, Carnival Corporation was cited as one of the “50 Best Companies for Diversity” by Black Enterprise Magazine.
In April 2017, Carnival Corporation was named one of the top 100 Best Corporate Citizens for 2017 by Corporate Responsibility Magazine (CRM). The company ranked No. 23 in CRM’s 18th annual survey, highest among firms in the travel and tourism sector and the only cruise company to make the list.
EMpower scored nominees on the influence of their role, impacts on ethnic minority inclusion inside and outside the workplace and business achievements. In its first year in 2016, the EMpower 100, formerly the UPstanding Leaders’ List, honored as top executive Coca-Cola chairman and CEO Muhtar Kent.