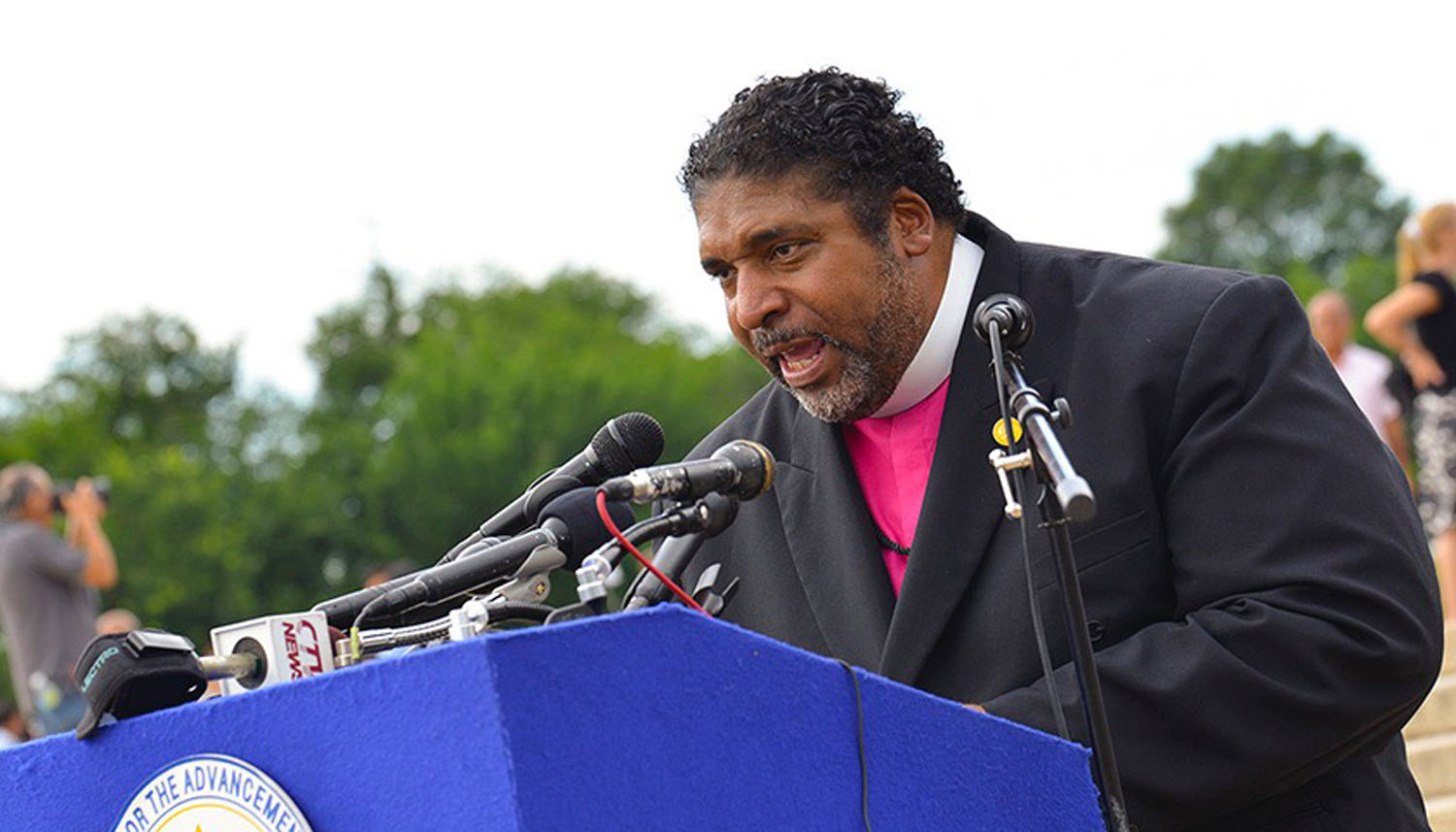 Channeling the incisive analysis of our best historians, TaNehisi Coates cut through the talking points of political pundits to name Donald Trump America’s “First White president.” Writing for The Atlantic, the National Book Award recipient made clear how there could be no Donald Trump without President Obama. The chaos from which the whole world now suffers is a direct result of the backlash against racial progress in America.

To see this is to know that Trump is not our problem. He is only a symptom. During this time of intensifying political, economic, and moral crisis, with the lives of the most vulnerable and the spirits of all under vicious attack, people in growing numbers around the country are fighting back for their lives, communities and deepest values. As we respond to invitations from communities across America, we hear a resounding call for a Poor People’s Campaign and Moral Revival in America today.

Fifty years ago, Rev. Dr. Martin Luther King, Jr., and others called for a “revolution of values” in America, inviting people who had been divided to stand together against the “triplets of evil” – militarism, racism, and economic injustice – to insist that people need not die from poverty in the richest nation to ever exist. He joined with people across the country like Myles Horton of the Highlander Center, Loretta Two Crow of National Welfare Rights, Cesar Chavez of United Farm Workers, Al McSurely of the Appalachian Volunteers, Phillip Bernstein of the Council of Jewish Federation and Welfare, Tillie Walker of the United Indian Scholarship Fund, and John Lewis of the Southern Regional Council. Theirs was a coalition as diverse as America.

We draw on the history, vision and unfinished work of the 1968 Poor People’s Campaign as we embrace the task of reigniting that campaign to unite the poor, disenfranchised, and marginalized across difference to take action together. In the aftermath of 2016’s rejection election, we are building a Movement from the states up, to unleash what Dr. King called “a new and unsettling force in our complacent national life.”

This Campaign has emerged from more than a decade of work by grassroots community and religious leaders, organizations and movements fighting to end systemic racism, poverty, militarism, environmental destruction & related injustices and to build a just, sustainable and participatory society. We would need to do this work even if Trump had not been elected. But the blatant extremism of this administration only serves to amplify the need.

The twin forces of White supremacy and unchecked corporate greed continue to gain more power and influence, both in statehouses across this nation and at the highest levels of our federal government. Today, one in every two Americans are poor or low-income, while millions of children and adults continue to live without access to healthcare, housing, clean water, or good jobs.

At the same time, the issues of poverty and racism have been forced to the margins of our moral narrative and claims that a limited focus on personal morality should overshadow and supplant a commitment to public morality rooted in a critique of greed, racism, and injustice.

Our campaign aims to build a broad and deep national moral movement – rooted in the leadership of poor people and reflecting the great moral teachings – to unite our country from the bottom up.

For years, we have seen a kind of attention violence towards issues of systemic racism, poverty, and militarism. There was a time when our nation was fighting a war against poverty; now, it seems, we are waging a war on the poor.

This will necessarily be a multi-year undertaking. This fall and winter we are touring the country to publicly launch the campaign with partners who have been working across race and class lines in their own communities. Next spring, we plan to begin engaging in highly publicized civil disobedience and direct action over a six-week period in at least 25 states and the District of Columbia.

Our goal is to force a serious, national examination of the enmeshed evils of systemic racism, poverty, militarism and environmental devastation during a key election year, while strengthening and connecting informed and committed grassroots leadership in every state. We are building power to continue this fight long after June 2018.