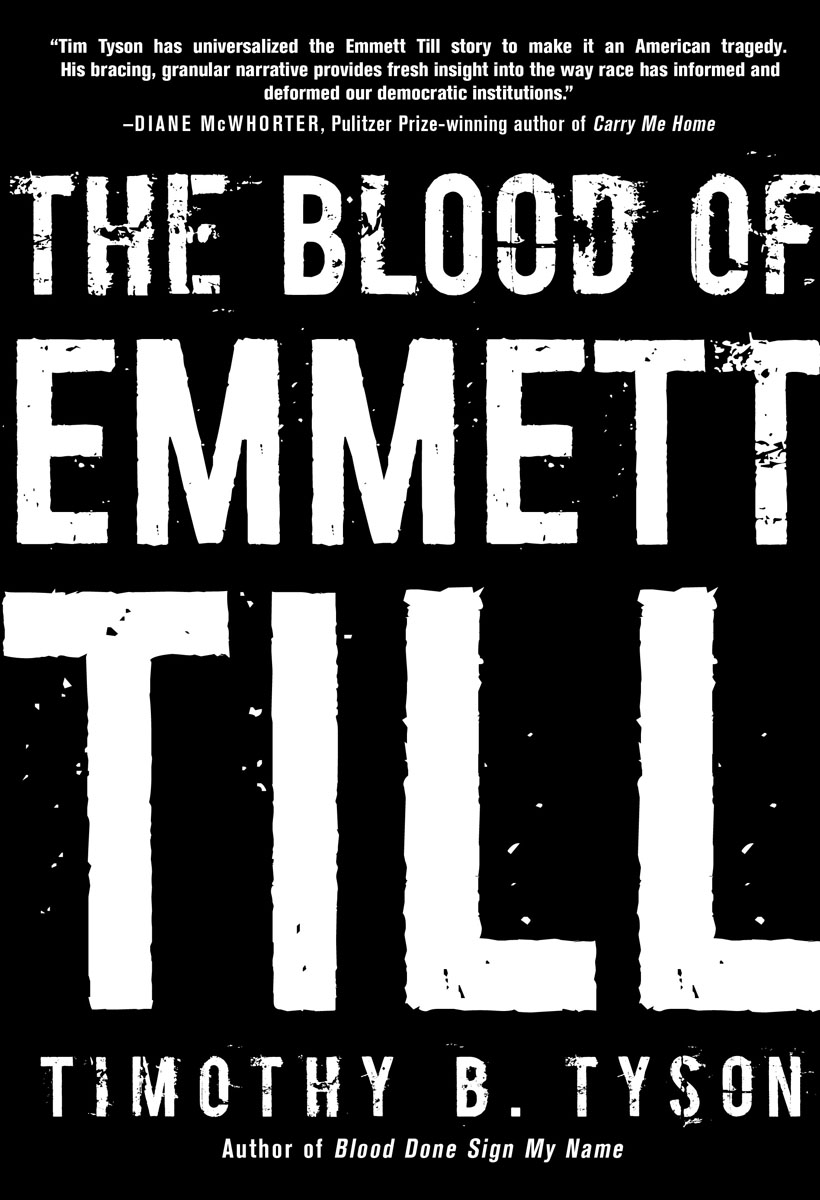 You really can’t remember. For sure, something important happened years ago, something you should recall very easily, but time’s made things fuzzy. Have you forgotten or, worse yet, have you just remembered everything wrong?

Usually, you suppose, it wouldn’t matter but in the new book “The Blood of Emmett Till” by Timothy B. Tyson, it surely does.

For decades, Carolyn Bryant Donham didn’t talk about Emmett Till, her accusations, or his murder in 1955. Stories about that day swirled through the years, in court and out, depending on who was asked, but she kept mum until she read a book by Tyson, about a similar incident that happened fifteen years after Till was killed.

She reached out to Tyson, he claims, ready to talk.

She’d written a biography, she said, and wanted it, and some other documents, to be archived appropriately. She denied remembering much, really, but it was during one of their interviews that Carolyn, at whom Till supposedly flirted, dropped a bombshell: she said Till never did what he was accused of doing.

Contrary to popular notions, says Tyson, it’s unlikely that Emmett Till wasn’t aware of the dangers of interacting with white folks in 1955 Mississippi . Chicago , where Till grew up, was segregated, too, and he’d surely heard northward-migrating Mississippians talk about trouble.

Fourteen years old and filled with adolescence, he knew the dangers but he might have underestimated them.

He’d begged his mother to let him take a train south to visit kin. She’d probably warned him anew of the risks; Mamie Till Mobley had lived in Mississippi , and she knew that “Citizens Councils” existed in the South, that they’d use intimidation and violence as tools of enforcement. The Brown v. Board of Education decision had also been released not long before and she must’ve sensed that the South was bubbling, when Emmett Till stepped into a grocery store in Money, Mississippi.

He was there, they claimed, less than a minute …

As author Timothy B. Tyson says, we may never know exactly what happened on that day in 1955. Some key people are dead, some have memories muddied by time or threats – but with those facts in mind, there’s still no denying that “The Blood of Emmett Till,” contains historical TNT.

Donham’s confession aside (as if that’s not reason enough to read this book), Tyson does a fine job recounting what happened to Till, and afterward. No book on Till is complete without that, but the difference is that this one seems to ferret out small details that feel more uncommon; absolutely, Tyson gives additional back-story to Till, his mother, their family, to the accuser and her family, and to the atmosphere that surrounded them then. Those things are interesting – they’ll keep you reading – but that’s probably not what you’d come to this book for.

Indeed, this is as hot-button as they come, and it’s likely not the definitive word on this murder. Stay tuned – and in the meantime, “The Blood of Emmett Till” is the title to remember.