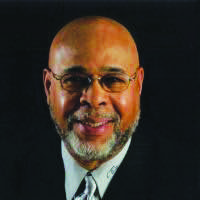 The National Coalition of Black Veteran Organizations announces the suspension of its call for a Presidential promotion for the legendary Buffalo Soldier – Colonel Charles Young. The push for the promotion has been on-going with efforts to raise public awareness about the importance of the history for four decades. We announced our intention of suspending the call for the promotion in October to our Coalition partners. We did not offer public explanation at the time of the announcement.

Before offering an explanation I have a question to ask. Did you see the White House ceremony honoring the World War II Navajo Code Talkers? The symbolism was horrible. The ceremony was held in front of the painting of former President Andrew Jackson. Yes, the same Andrew Jackson that signed the “Indian Removal Act” in the 1830’s and orchestrated what became known as the “Trail of Tears.”

In 1835, twenty thousand Cherokee were marched westward from Georgia at gun point in the heart of winter. It is estimated that a quarter of the number died before reaching the then newly designated Indian Territory in Oklahoma. Wonder if anybody in the White House gave consideration to that bit of history in choosing the locations for the ceremony?

Adding to the insult, commander-in-chief Trump used the occasion to point mockery at Senator Elizabeth Warren’s claim of Native American heritage by referring to her as Pocahontas.
The high point of the ceremony goes to the spokesperson for the Code Talkers. Spoken with a modest pride, he stated their deeds were done to fulfill the obligation of citizenship. He spoke about our joint responsibility to stand as one for the good of the Nation in times of peace, prosperity and conflict. Too bad the President was not into the moment. He stood with a grimace as if he was dismissing the significance of the words and occasion.

Why did I bring-up the above subject? What does that have to do with seeking a promotion for Colonel Charles Young? It demonstrates in-part our belief that the President is indifferent to minority concerns. Our advocacy has been to pay recognition and seek honor for a man in death for something that he earned in life. His service and our pursuit are honorable. For that reason we are suspending our efforts. True honor cannot be bestowed from a less than honorable source.

We are continuing to promote and educate the public regarding the facts of Black Military History. We believe the subject needs to be institutionalized in public education and taught as a part of American History or Social Studies. We are currently offering educational material to Public School Districts nationwide regarding the subject. We are losing World War II and Korean War Veterans at a rapid rate.

Unless we institutionalize the subject, when these men and women are gone, so will be their stories. The legacy is known by too few to stand the test of time. The history deserves a permanent educational platform to insure that the merits and intentions for the service are not forgotten.

We have called on Dr. Herman Felton, President of Wilberforce University to bestow an honorary Doctorate Degree on the late Colonel. The Colonel is an important part of that institution’s history. He served from 1894 to 1898 as the Professor of Military Science. He is an acclaimed honorary member of the Omega Psi Phi Fraternity. We have called on Grand Basileus Antonio Knox and the Brothers of the Fraternity to join us in calling for the institution’s honorary recognition of the Colonel. We do not need President Trump to honor our own.

We have also confirmed the burial location of Mrs. Ada Young, wife of the late Colonel. They share the burial plot at Arlington National Cemetery. Her internment is not acknowledged on the headstone. We apprised members of the Young family of her location. We are hopeful that they will recognize (or) grant us the unfettered right to proceed with recognizing her on the existing grave marker. We would like to add her and acknowledge his honorary doctorate title from Wilberforce University.

We have plenty to keep busy between now and the time we re-initiate pursuit of a Presidential promotion.
The Coalition can be contacted at: cnmmmf@aol.com.