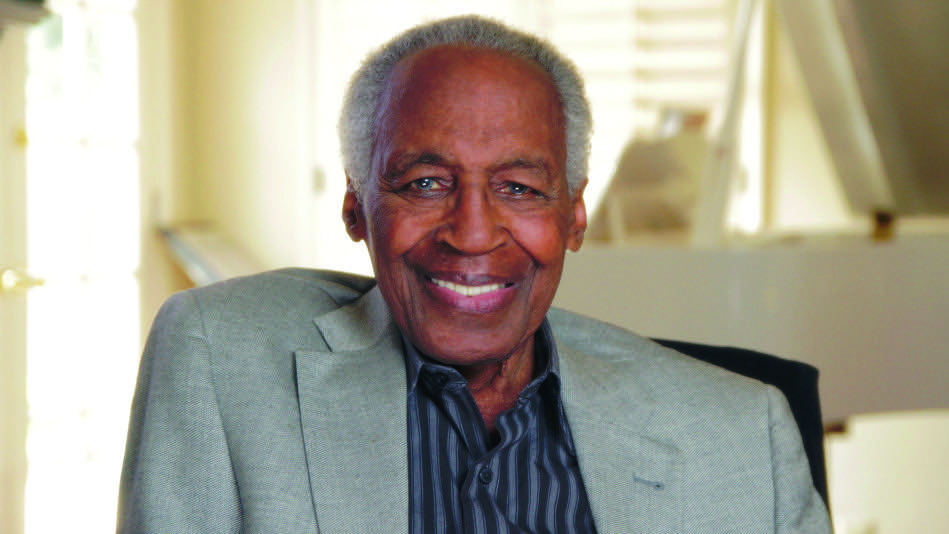 Family members, friends and fans are grieving the loss of television and stage icon Robert Guillaume, who died on Tuesday, October 23 in Los Angeles.

Guillaume, 89, is survived by his second wife, Donna Brown, a son and three daughters.

“He was a pioneer and what he did with his role as [Benson DuBois] was give him integrity,” said actor, director and producer Shiek Mahmud-Bey, who wowed critics earlier this month at a New York Film Festival with his proposed new television series, ‘The Inner Circle.’ “What could have been just another servant or symbolically subservient minority, a butler role, he gave the world an extraordinary insight and exposed us to a human being. The invisible became viable and we all loved it.”

Anyone who watched “Soap” knew the brilliance of Guillaume, said Mariann Eperjesi-Simms, who hosts the Facebook page, “The Classic Movie Group.”
“‘Benson’ wasn’t exactly as brilliant as ‘Soap,’ but most things in this world aren’t written to that much perfection. He was a fantastic actor who deserved a lot of recognition,” Eperjesi-Simms said.

Born Robert Peter Williams in St. Louis in 1927, Guillaume began his acting career in the early 1970s when he made guest appearances on “Good Times,” “Sanford and Son,” and “The Jeffersons.”

However, his recognition and place in popular culture was cemented when he portrayed Nathan Detroit in the first all-Black version of “Guys and Dolls,” which earned him a 1977 Tony Award nomination.

Later, Guillaume earned the distinction of becoming the first African-American to sing the title role of “Phantom of the Opera,” doing so alongside a mostly, all-White cast.
Still, it was his role as Bensonm DuBois in the soap opera satire “Soap,” which also starred Billy Crystal, Roscoe Lee Browne, and Robert Urich, that made Guillaume a legend.
“The minute I saw the script, I knew I had a live one,” Guillaume said in a 2001 interview. “Every role was written against type, especially Benson, who wasn’t subservient to anyone. To me, Benson was the revenge for all those stereotyped guys who looked like Benson in the 40s and 50s [movies] and had to keep their mouths shut.”

The character’s popularity grew so much that it led to a spinoff called, “Benson,” which lasted eight seasons and earned Guillaume an Emmy Award.

“I always wanted kids of any background to understand the characters I’ve portrayed were … that the solutions they found were true and possible,” he said on his official website. “It has always been important to me to stress that there was no diminution of power or universality, just because my characters are African-American.”
That resolve has always been appreciated by his peers and those who followed his career.

“I remember the ‘head [n**ger] in charge’ scene with Morgan Freeman, where he didn’t use his position to castrate another Black man on film,” Mahmud-Bey recalled of the 1989 hit movie, “Lean on Me,” that starred Guillaume and Freeman. “There was a disagreement and they got it out and agreed to disagree without division. That scene spoke volumes, because it makes you see how silly and easy you could lose someone important in your life over ego and small things.”

Mahmud-Bey continued: “As artists, we have a responsibility to be honest, not different, and that’s what Robert Guillaume gave us and we loved every bit of it.”

Guillaume, who won a Grammy Award for Best Spoken Word Album for Children for his role as the voice of “Rafiki” in “The Lion King,” steered clear of Hollywood’s demeaning Black stereotypes and sought quality roles in which he could evoke his characters’ humanity, according to his obituary at Legacy.com.

Though today he’s remembered widely as a comedic actor, it was the musical theater that was Guillaume’s first love and gave him his entry into the acting world, the Legacy.com obituary said.

That entry took place in Cleveland, Ohio, where, after completing his education in the music school at Washington University in St. Louis, he joined the Karamu Theatre and debuted in their production of “Carousel,” Legacy.com reported.

In the audience for one of those “Carousel” performances was Oscar Hammerstein II, the critically acclaimed playwright, who penned the book and lyrics for the musical.
According to Legacy.com, “It was an auspicious start, and Guillaume soon made his way to Broadway, where he both toured and appeared on the Broadway stage.”
Later, Guillaume would portray Dr. Martin Luther King Jr. in the movie “Prince Jack;” he also starred as Frederick Douglass on the TV miniseries “North and South.”

“In 1992, Guillaume and his wife, founded the Confetti Entertainment Co., creating read-along books for children with Guillaume’s voice as narrator,” the Legacy.com obituary said. “In 1995, the Confetti Entertainment books were transformed into the HBO series ‘Happily Ever After: Fairy Tales for Every Child.’ Narrated by Guillaume and featuring a cast of other stars, the series’ 39 episodes retold classic fairy tales with a multicultural focus.”