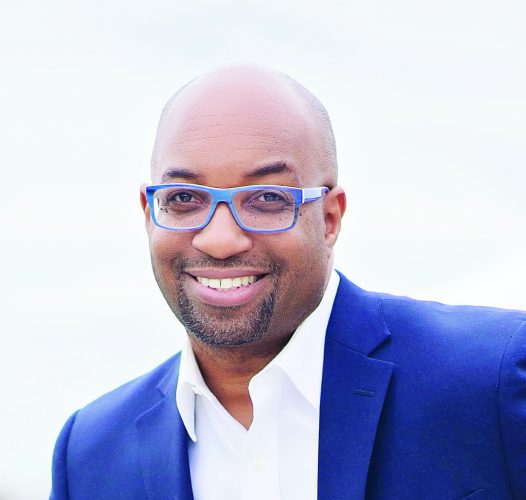 Author Kwame Alexander’s Rebound Bus Tour come to Norfolk’s Slover Library on April 28. Alexander, who hails from Chesapeake, Va., is a Newbery award-winning author, and will speak at 3 p.m.

Alexander’s tour is promoting his newest book, REBOUND, which continues his innovative writing style that pairs sports and poetry in telling a story for young readers. The New York Times has called him “one of the country’s most innovative children’s book authors.” Alexander will be touring on a “rock-star” type bus wrapped with the cover of his latest book, REBOUND.

REBOUND is the follow-up to an earlier award-winning book The Crossover, a sports novel written in verse. The book won the Newbery award in 2015 after it turned thousands of readers into poetry lovers.

The synthesis of sports and poetry was so unlikely, it was rejected by 20 top publishers before becoming a New York Times bestseller. Alexander was able to do something fresh and new by using the energy of poetry to mirror the energy of basketball.

Alexander appears as a regular commentator on NPR’s “Morning Edition.”

The appearance is open to the public.