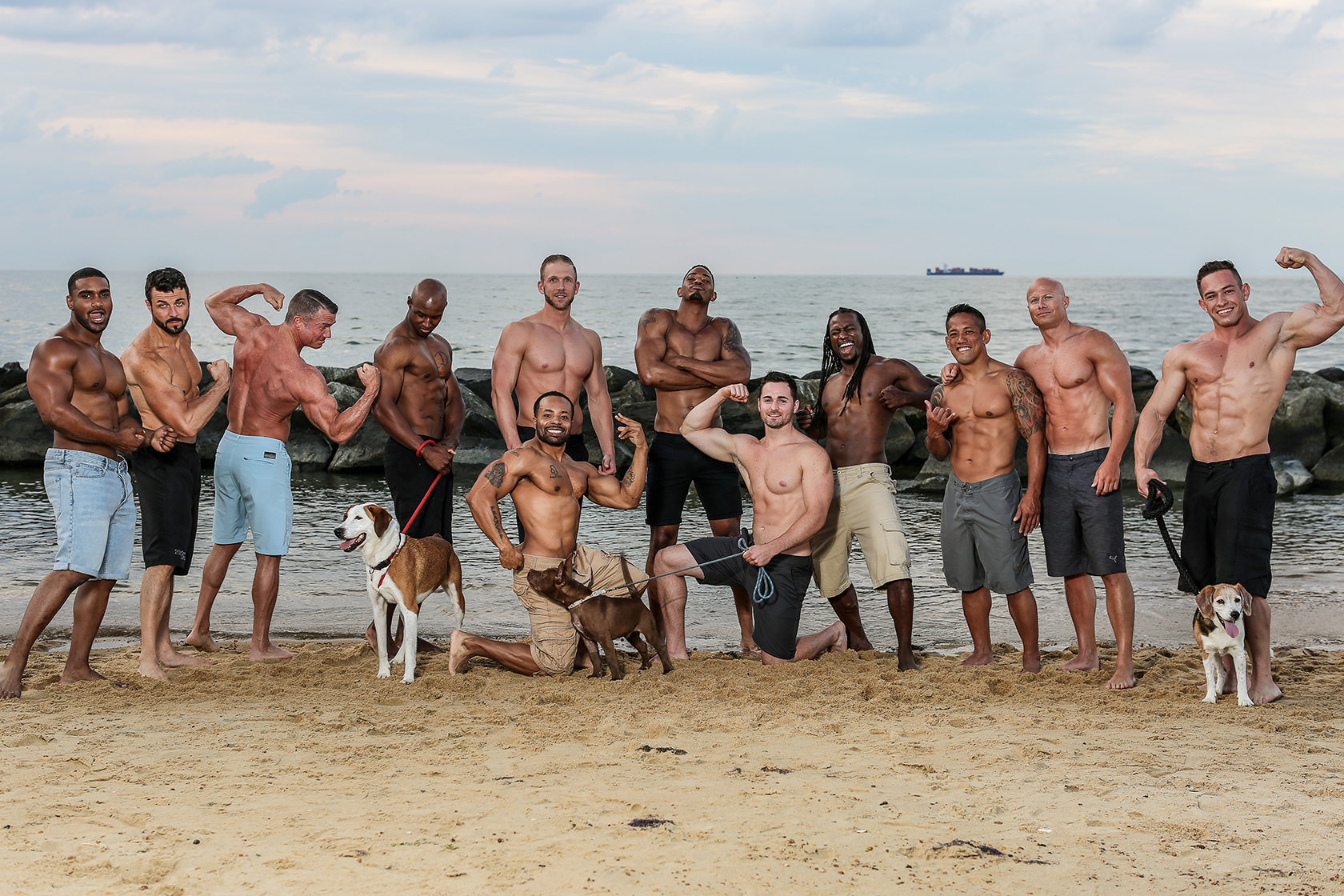 Norfolk, Virginia, September 11, 2017 – The Norfolk SPCA is about to release its 2018 Magic Mutt calendar with photographs of cats and dogs cared for by the shelter in the summer of 2017 partnered with some of Hampton Roads’ hottest men! The calendars will first be available at the Norfolk SPCA’s Calendar Debut Party on Saturday, October 7 at Granby Theater.

More than 100 men answered the shelter’s call for handsome, fit guys who wanted to be part of the second annual calendar that was a big success last year. Fourteen were ultimately selected and all were photographed at locales in Norfolk. Thirteen of the men appear in the calendar with Norfolk SPCA shelter pets while one model appears with an owned pet selected through an online dollar-per-vote contest. The gentleman selected for the calendar’s cover was chosen by a similar competition. Together, the two contests raised almost $10,000 for the Norfolk SPCA’s no-kill adoption center and affordable public veterinary clinic.

“I am extremely excited to help animals by appearing in the Magic Mutt calendar,” proclaimed cover model Michael Carey.

“I am even more thrilled to have been selected to be on the front of it. The calendar and event are a terrific and fun way to support shelter pets,” said the actor and stuntman who has two dogs at home. The hunks will introduce themselves and sign calendars—while shirtless!—at the Debut Party featuring live music by local favorite Cheap Thrills, a silent auction, as well as the calendar launch.

All animal-loving individuals in Hampton Roads—especially women with a penchant for muscles—are invited to join in the fun. And, ladies, most of these models are single!

Net proceeds of calendar and event ticket sales will support the Norfolk SPCA’s animal care programs that save and improve the lives of thousands of dogs and cats every year. In 2016, the Norfolk SPCA completed just shy of 1,000 adoptions from its shelter for homeless animals. Also last year, the Norfolk SPCA’s walk-in veterinary clinic saw more than 10,000 animals.

Event tickets are on sale at NorfolkSPCA.org. Calendars at $20.00 can be pre-ordered through the same website and, after October 7, purchased at the Norfolk SPCA’s 916 Ballentine Boulevard facility. Orders requiring shipping are charged an additional $5.00.