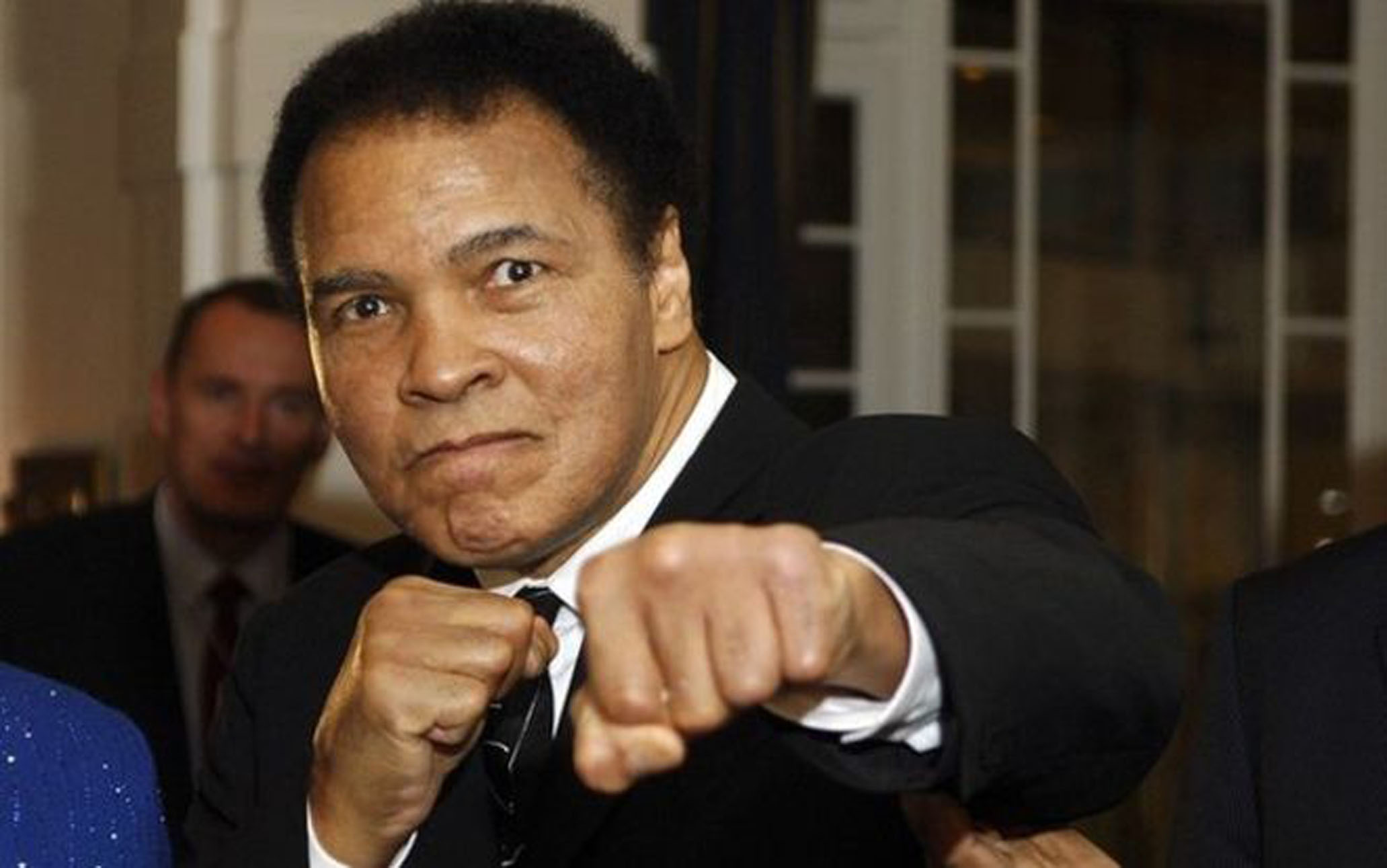 (TriceEdneyWire.com)
Muhammad Ali,”The Greatest,” is no longer with us. Ali, the three-time world heavyweight boxing champion, died Friday night in a Phoenix-area hospital, where he was being treated for respiratory complications. Ali was 74 and he died from septic shock. “After a 32-year battle with Parkinson’s disease, Muhammad Ali has passed away at the age of 74. The three-time World Heavyweight Champion boxer died this evening,” Bob Gunnell, a family spokesperson, told NBC News.

Ali won the heavyweight title in 1964, 1974, and 1978. Between February 25, 1964, and September 19, 1964, Muhammad Ali reigned as the undisputed heavyweight boxing champion. He had a record of 56 wins and five losses. His greatest fight was “The Thrilla in Manila,” which was held October 1, 1975, in the Araneta Coliseum in Quezon City, Philippines. It was the third heavyweight boxing match between Ali and “Smokin” Joe Frazier.

And it was a battle between two Black gladiators, with Ali lifting his arms in triumphant before the 15th round when Frazier’s trainer Eddie Futch threw in the towel. I watched the fight with three friends over pay-per-view at Chicago’s Auditorium Theater. I screamed so loud and so often I couldn’t speak above a whisper for three days. An elevated train runs behind the Auditorium Theater. The motorman stopped the train and opened a car door as fight fans walked out of the Auditorium Theater after the bout ended.

“Who won the fight?,” he asked. “Ali! Ali!” the crowd chanted. The elevated train riders also began chanting “Ali! Ali!” A funeral service is planned for Friday in Louisville, Ky., where he was born January 17, 1942. Muhammad Ali, who was born Cassius Marcellus Clay, Jr, was a boxer who transcended the sport becoming an international figure. He created pride among Blacks and anger among whites because he lived the courage of his convictions.

His celebrity, like his boxing skills were without equal. He coined the phrase “Float like a butterfly. Sting like a bee.” He called himself “The Greatest” and “The Prettiest.” When he fought, his arms and fists were at his waist, not covering his face like most boxers, because he was such a fast puncher. He also started the “Ali Shuffle,” showing off his fast footwork in the ring. Black boys imitated his style and worshipped him. They called him “Champ.”

In one of many books written about Ali, the author discussed how people reacted to him when he walked near New York’s Central Park. Vendors left their hot dog carts; prostitutes stopped working; cab drivers got out their taxis and citizens chased after him begging for autographs. At the age of 22, he won the world heavyweight championship in 1964 from Sonny Liston. Shortly after the fight, Clay joined the Chicago-based Nation of Islam and changed his name to Muhammad Ali in honor of one the great kings of Egypt.

In 1967, Ali refused to be drafted into the U.S. Army during the Vietnam War, saying ‘no Vietcong ever called me nigger.’ He was arrested and found guilty of draft evasion, stripped of his title. His license to box was revoked. Ali remained free on bond as he appealed his conviction. His courage in refusing to be drafted did not endear him to the nation’s overwhelmingly white sports writers employed by the nation’s major newspapers.

They called him Clay instead of Ali. Most of them wanted him in prison. The Chicago Tribune published at least 30 anti-Ali stories in one edition. When he showed the first signs of Parkinson’s disease, including slurred speech, many sports writers speculated that he was taking Heroin. Heavyweight boxer Ernie Terrell refused to call Clay Muhammad Ali and Terrell paid for it. During a 15-round championship fight on Feb. 6, 1967, in Houston, Ali beat Terrell without mercy. Ali taunted him throughout the bout screaming “Uncle Tom! What’s my name?”
Both of Terrell’s eyes were swollen shut from the beating.

I first met Ali after he had been stripped of his heavyweight title. I was Minister of Information for the Black student union at Tacoma Community College in Tacoma, Wash. I wrote him a letter and said the Black Student Union would pay him $1,000 if he would come to Tacoma and speak to our group. He did. I introduced him to the audience.
In July 1970, a federal court forced the New York State Boxing Commission to reinstate Ali’s boxing license.