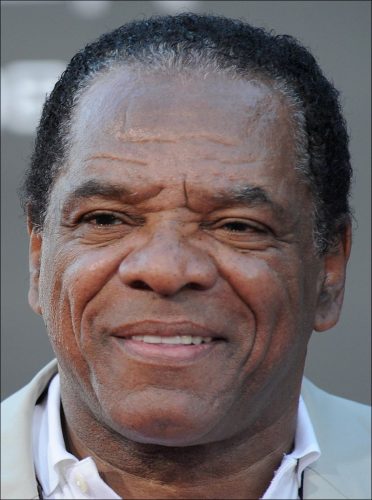 Funeral services were held Nov. 5 in Los Angeles at Forest Lawn for Actor John Witherspoon who died Oct. 29 at age 77 at his home in Sherman Oaks, Calif., from complications stemming from multiple myeloma.

The Detroit native was known for his roles in films such as in the 1995 movie “Friday,” a comedy about two friends rushing to pay a neighborhood drug dealer. He played Mr. Jones, the father of Ice Cube’s character, and reprised that role in two sequels, “Next Friday” in 2000 and “Friday After Next” in 2002. Witherspoon, who made his feature debut in the 1980 film “The Jazz Singer,” had been expected to play the role again in the final chapter of the series, “Last Friday,” Deadline reported. Witherspoon also played in Eddie Murphy’s 1992 comedy “Boomerang.”

Growing up in Detroit, he worked on a Cadillac assembly line, modeled for the now-defunct J.L. Hudson’s department store in the 1960s. He began his comedy career in the city’s club scene, according to The Detroit Free Press. He also loved music growing up in Detroit and played French horn and trumpet in school.

One of 11 siblings, Witherspoon’s brother, William Weatherspoon, was a Motown songwriter, co-wrote the timeless classic, “What Becomes of the Broken-Hearted.” Another brother, Cato Weatherspoon, was a director for Detroit Public TV. His sister Gertrude Stacks is senior pastor of Detroit’s Shalom Fellowship International church.

In recent years, Witherspoon did an online cooking show, “Cooking for Poor People,” that blended recipes and a stream-of-consciousness narration. Shirtless in an apron bearing his own photo, he whipped up dishes such as chili, tilapia, and meatballs.

He is survived by his wife Angela, and his sons JD, Alexander, and a large family.

His family said a statement, “We are all in shock, please give us a minute for a moment in privacy and we will celebrate his life and his work together. John used to say ‘I’m no big deal’, but he was huge deal to us.”

In this article:Actor John Witherspoon, Age 77, Dies At Age 77