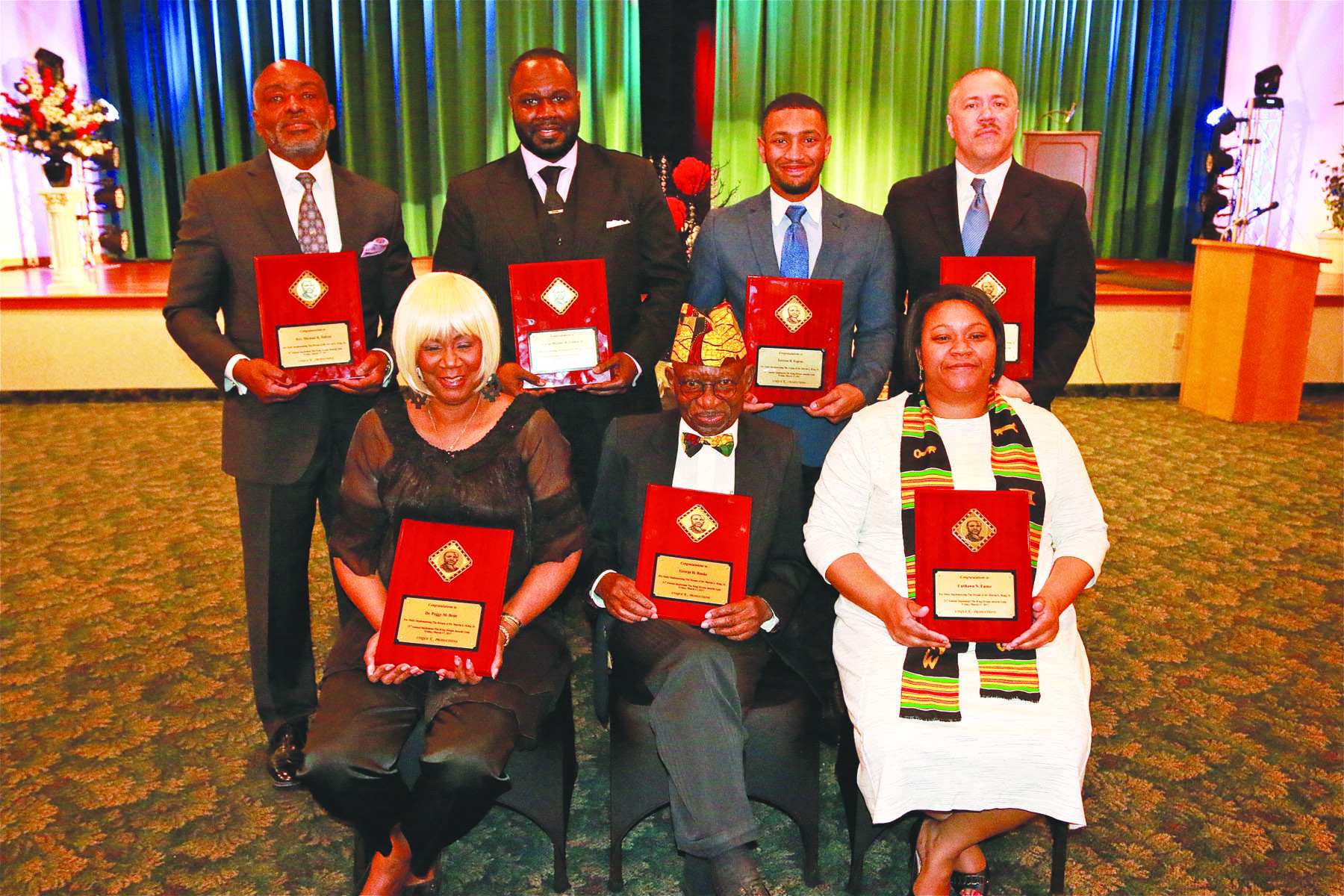 The annual event is produced by UniqueK Productions, whose CEO is Karen Mitchell. In a surprise move. Ms. Mitchell was presented a Women’s History Month trophy honoring her contributions to the Hampton Roads community. The trophy was the brainchild of Rev. Glenda Kelly Murray who was unable to be in attendance. New Journal and Guide Publisher Brenda H. Andrews made the presentation to a very humbled Karen Mitchell.

Del. Hayes implored the attendees to follow the four F’s to assure success in life: stay focused; keep your mind fixed; have faith; and you will be fruitful.