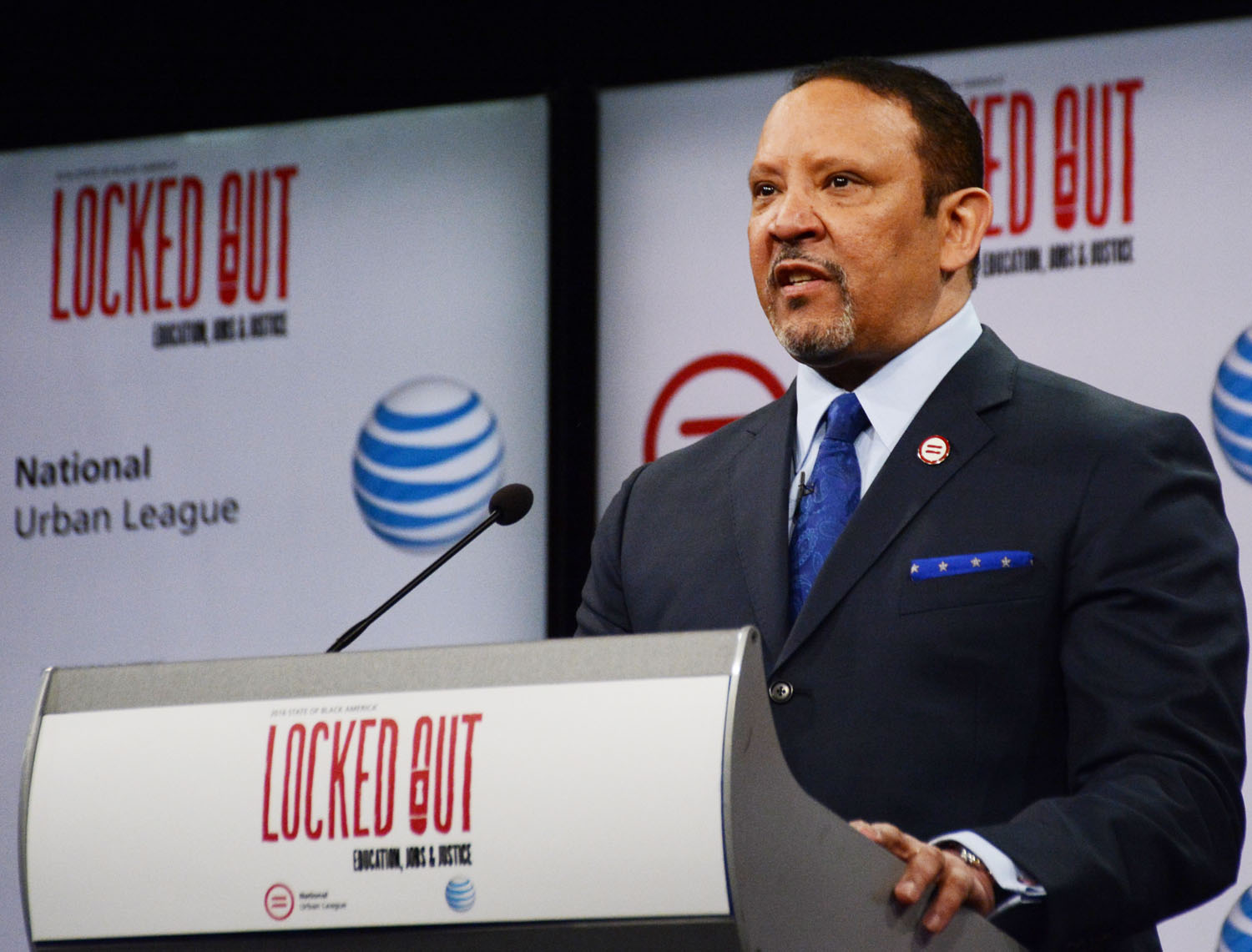 As of this writing, for 102 days our nation has watched as the Trump administration has taken shape – and, for many of us, there is reason to worry.

Recovery from the Great Recession has been slow, but it has been real. While high school students of color and low-income students continue to trail their peers in high school completion, the national graduation rate continues to rise. Republicans are working hard to re-introduce a health care bill that will repeal and replace the Affordable Care Act, but today, a record number of Americans have health insurance. Now all of that progress, and much more, is under threat.

This year’s State of Black America® is a call to action, a call to unceasing vigilance, and a call to protect our nation’s hard-fought-for progress.

And as we do with every edition of the State of Black America®, we provide the numbers and the narrative to make our case.

According to National Urban League’s exclusive 2017 Equality Index for both Blacks and Hispanics, there is progress, but there is much more progress that needs to be made.

Tracking racial equality in economics, employment, education, health, housing, criminal justice and civic participation, we find that African-Americans share 72.3 percent equality with white Americans (in 2016 the number stood at 72.2 percent). Hispanics – who stood at 77.9 percent equality in 2016 – shared a greater slice of the “equality pie” this year, standing at 78.4 percent equality with their white peers. The Trump administration’s priorities and proposed policies put what social and economic gains we have made in urban communities and communities of color at serious risk.

Guest contributors to the State of Black America® remind us of what is at stake.

Senator Cory Booker tackled our broken criminal justice system, lamenting that just as modest, bipartisan agreement on fixing our broken system was being cultivated, the Trump administration and Attorney General Jeff Sessions seemed, “intent on turning back the clock – threatening to increase the use of mandatory minimum sentences, criticizing consent decrees that improve police-community relations, and expanding federal use of private prisons.”

Rep. Terri Sewell called for the passage of the Voting Rights Advancement Act, “which restores and advances the VRA [Voting Rights Act] by providing a modern-day coverage test that will extend federal oversight to jurisdictions with a history of voter suppression and protects vulnerable communities from discriminatory voting practices,” understanding that we cannot claim to be a democracy while snatching the right to vote away from eligible citizens.

Rep. Robin Kelly reminds us that as we, “drive toward the goal of an equitable health future for communities of color, we cannot afford to take our foot off the gas. The Affordable Care Act put us on the right road and we are seeing progress.”

To that end, the National Urban League has also published “The Main Street Marshall Plan: Moving from Poverty to Prosperity.” The plan – which proposes solutions, including increasing federal funding for public schools, enacting a living wage of $15, and fully funding Medicaid and Medicare – is a bold, strategic investment in America’s urban communities that protects our progress by addressing our nation’s persistent social and economic disparities.

Passing a health care plan that no longer protects people with pre-existing conditions, charges the sickest the highest premiums, and would leave an estimated 24 million people without lifesaving coverage, will trim the equality pie for Blacks and Hispanics – and put all Americans at risk.

Legislating discrimination by signing into law a travel ban that targets ethnicities or religions, harms families and our nation founded and enriched by newcomers to its shores.

Double-digit cuts or eliminating funding for vital agencies like the Department of Education or the National Endowment of Arts, will carve away at the equality pie for Blacks and Latinos – and put all Americans at risk.

Slashing the budgets of the Departments of Housing and Labor, will reduce the share of the pie for Blacks and Hispanics – and put all Americans at risk.

Make no mistake, the Trump administration’s priorities are not a blueprint to make America great again, they are a blueprint for a sick, scared, uneducated, homeless and unemployed America, and reaffirm this truth: when communities of color are strong, America is strong.

I urge you to read, analyze, share – and act on – the findings of the 2017 State of Black America at www.stateofBlackamerica.org.

Now in its 41st edition, it remains one of the most highly-anticipated benchmarks and sources for thought leadership around racial equality in America across economics, employment, education, health, housing, criminal justice and civic participation.

The fight for racial equality in our country is a struggle that neither began during the Obama era, nor will it end in the Trump era, but with time and the constant pressure of like-minded people pressing for justice, we have made a steady climb toward improvement – and we are determined to keep moving forward to protect our progress.