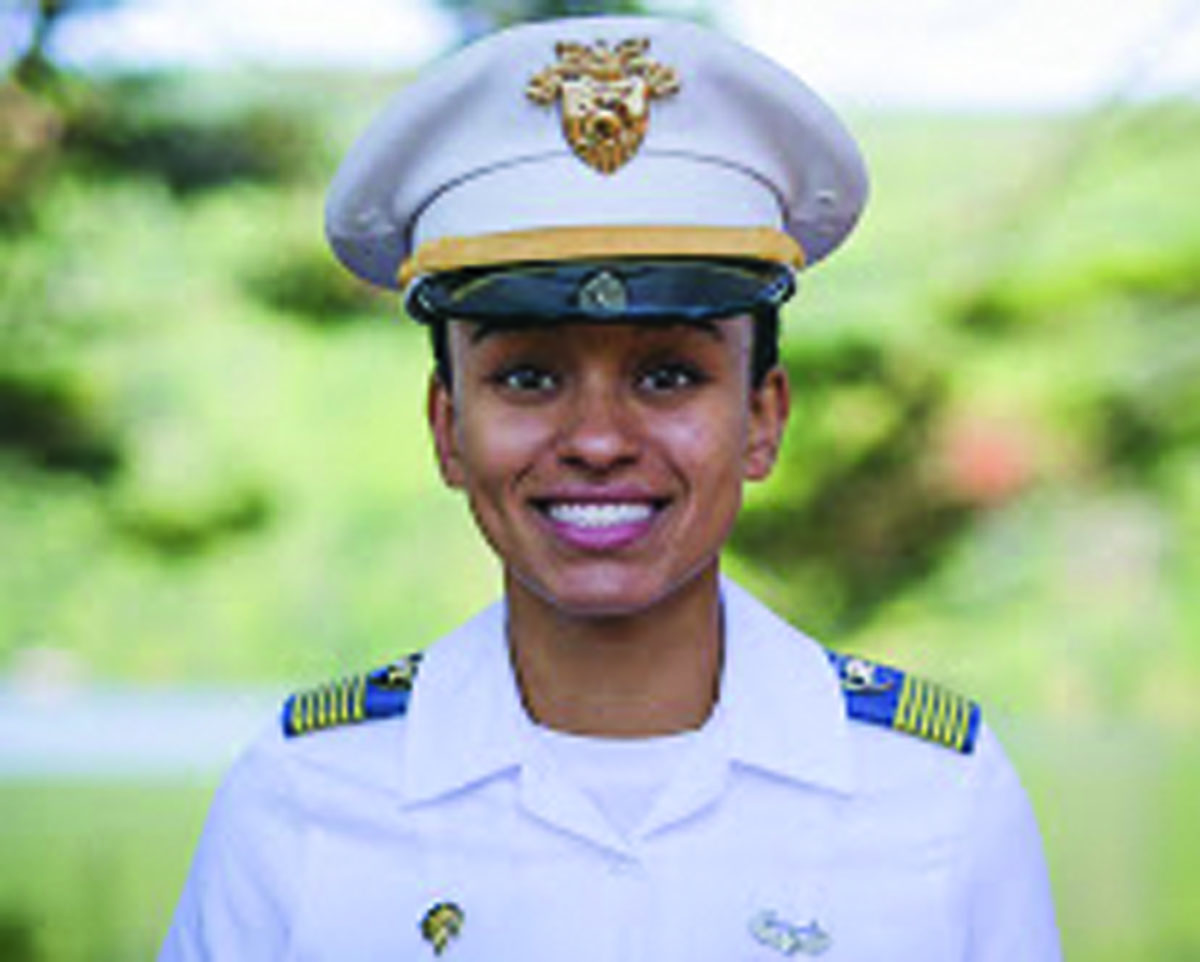 FAIRFAX. VA
Cadet Simone Askew of Fairfax, Virginia, has been selected the First Captain of the U.S. Military Academy’s Corps of Cadets for the 2017-2018 academic year, achieving the highest position in the cadet chain of command.

Askew is the first African-American woman to hold this esteemed position.

She will assume her duties on Aug. 13.

As First Captain she is responsible for the overall performance of the approximately 4,400 member Corps of Cadets. Her duties also include implementing a class agenda and acting as a liaison between the Corps and the administration.

“Simone truly exemplifies our values of Duty, Honor, Country. Her selection is a direct result of her hard work, dedication and commitment to the Corps over the last three years,” said Brig. Gen. Steven W. Gilland, commandant of cadets. “I know Simone and the rest of our incredibly talented leaders within the Class of 2018 will provide exceptional leadership to the Corps of Cadets in the upcoming academic year.”

Outside of the curriculum, Askew is a member of the Army West Point Crew team and developing leaders as the Cadet-in-Charge of the Elevation Initiative. She is a graduate of Air Assault School, an EXCEL Scholar, a member of the Phi Alpha Theta Honorary National History Society, a recipient of the Black Engineer of the Year Award for Military Leadership, and holds the highest female Recondo score during Combat Field Training II for the class of 2018.