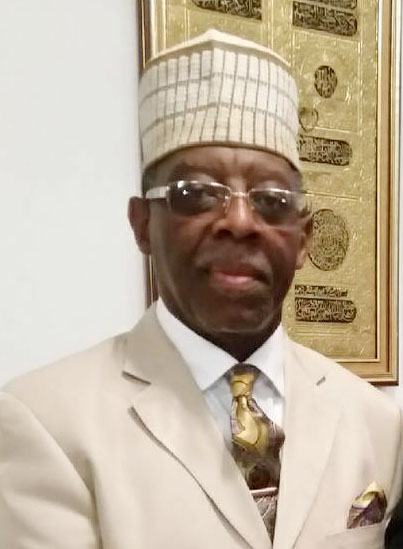 Imam Vernon Fareed, 63, the leader of the Masjid William Salaam Mosque in the Park Place Section of Norfolk died Tuesday, Sept. 12 after a long battle with cancer, according to his family.

Fareed was a native of Norfolk, born and raised in the Lambert’s Point Community.

A religious and civic leader known locally and nationally, Imam Fareed was born on December 31, 1953. Throughout his childhood, he said his parents instilled strong values that followed him through his life, despite segregation.

Raised a Christian, he joined the Nation of Islam at the age of 18. He converted to the traditional form of Islam in 1975.

“He lived what he believed! His national and local leadership regarding spiritual growth, human rights, inclusive communities, African American community economic development, and more was nearly without peer,” said Norfolk School Board Chair, Rodney Jordan, who also lives in Park Place. “A plaque was placed on 35th St. in honor of the late business leader George Welch; I look forward to us doing likewise in honor of Imam Vernon Fareed.”

In 2000, Fareed became a member of the Virginia Center for Inclusive Communities (VCIC). He went on to become the chair of the Tidewater Chapter and serve on its state board. In 2005 Imam Fareed became the first Muslim of African-American descent to offer the invocation for the Virginia State Senate.

Fareed also wrote for the New Journal and Guide newspaper as a columnist, and he until his death served as the Manager and President of Salaam Investment Group, LLC.

“Imam Fareed was a humble man who took every opportunity to better the lives of others, and his community, “ Norfolk City Council member Angelia Williams Graves. “His humility, tenacity and genuine love for people were unique. He was a kind and gentle man who worked tirelessly in the Park Place community. His passing will leave a void that will not easily be filled and a sadness in my life and the lives of others. To say he will be missed is an understatement.”

Since 1976, Fareed served as the Imam of Masjid [Mosque] William Salaam which helps to serve almost 6,000 Muslims in the Hampton Roads’ community.

For his religious work, Fareed received an Honorary Doctoral Degree from Bishop Jessie Featherston at Trinity Mission University in 1997.

Carlos Howard, who once owned a Funeral Service Company in Park Place, said Fareed was a “a dedicated Imam to the Islamic Faith and the Masjid in which he oversaw and with the concerns of the 35th Street Business Corridor..”

Howard said he knew Fareed since “1988 when I started my business on 35th Street and was one of the founding members and supporters of the 35th Street Merchants’ Association.”

Fareed also received VCIC’s National Humanitarian Award in 2006 for his community involvement. Fareed served on many boards, including the Ministers Advisory Committee to Norfolk’s Police Chief, the FBI Multi-Cultural Advisory Board, and Religions for Peace RFP-USA, the largest representative interreligious organization in the world.

In addition, he was selected as the National Convener of the Sectional Imams in 2009. Fareed wrote the spiritual book Uniformity in Prayer published in 2008.

He was married to Swiyyah and together they had five children and several grandchildren.

New Journal and Guide had selected him as a 2017 Impacting Lives Honoree which now will be presented posthumously during the Guide’s observant of its 117th anniversary on November 4, 2017 at the Murray Center.