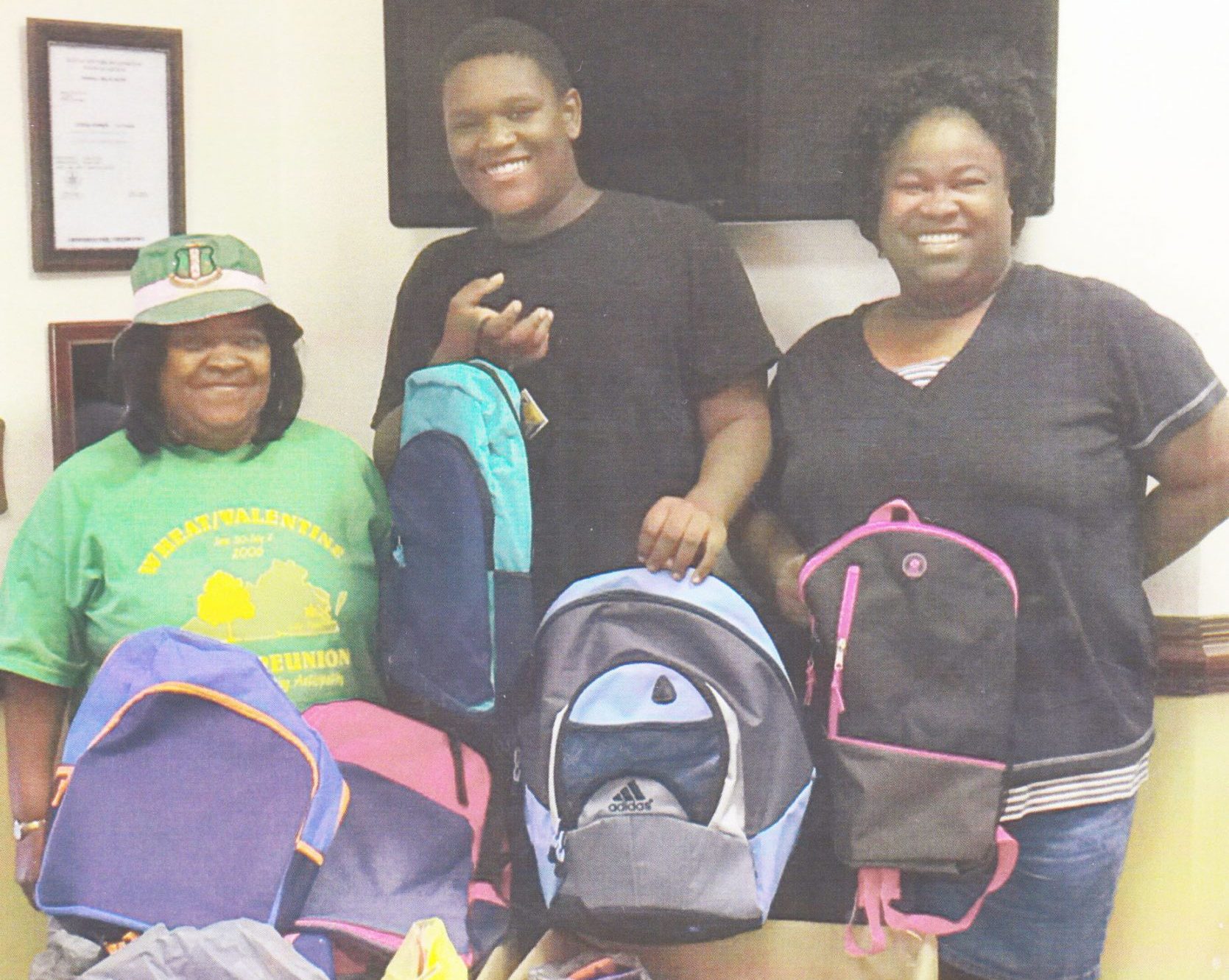 VIRGINIA BEACH
Gabriel Mclendon, who attends Landstown Middle School in Virginia Beach, arrived into this world at only two pounds with complications which left him holding on to life. He has overcome many health obstacles and is an honor student in the Gifted and Talented program of his middle school. He has a caring heart that far surpasses children of his age.

During several years, Gabriel spent time on the Eastern Shore with his mother, Dr. Nequai Terry Mclendon, father, Lt. Commander (Retired) Eric Mclendon and his grandparents, Reginald and Joyce Terry. He constantly heard them speak of the need to help students succeed by giving filled backpacks to the Northampton and Accomack County School Systems because if the kids had needed supplies that this would improve their morale, improve their study skills, improve their self esteem, and keep them from being bullied by their peers.

So, Gabriel, as a part of the Boy Scouts of America pledge of volunteering his services, decided that he wanted to get a working relationship with his parents and others to have yard sales throughout 2016 and 2017 and contribute the funds to paying for back packs and supplies for children in need.

With the help of a number of people in the Eastern Shore community, Gabriel organized a group of helping hands and spent time along Lankford Hwy. at the Old Texaco Station in Machipongo, VA known as Highway 13 which runs through the Eastern Shore, and gathered clothing and items from people to have his yard sales.

He presented his backpacks to Mr. Willie Randall, Financial Advisor of the Edward Jones Financial Company’s backpack program who then presented the backpacks to the schools in both counties on August 30, 2017.

This wasn’t his first time raising money to help others. He also has helped with Operation Smile because he says, “kids shouldn’t have to live a life of bullying just because they have a cleft lip.”

He enjoyed making up and distributing more than 110 “blessing bags” filled with overnight essentials to the homeless in his community. He enjoyed reading to the elderly at a local assisted living/nursing home earlier this summer. Gabriel walked with his mother on the Eastern Shore with the Alpha Kappa Alpha Sorority, Inc. last year to help find a cure for Alzheimer and helped his mother raise funds for the cause. This summer, 2017, Gabriel worked with his dad delivering food to the needy for his church.

His dad has been instrumental in working with Gabe in Boy Scout camping expeditions on weekends and week-long camping experiences and Gabriel’s membership as a “Cadet Airman First Class” of the “Coastal Composite Squadron” of the Civil Air Patrol Program in Virginia Beach.

As a member of Boys Scout of America troop 504 of Virginia Beach, he has many merit badges from athletics to camping to STEM and for valor and service-oriented activities and projects. His volunteer service includes assisting in cleaning up a park last year in Virginia Beach; cleaning up trash at his school; collecting canned good for the homeless; and raising the second highest amount in his school in grade 6 for the American Red Cross Heart Association jump rope marathon.