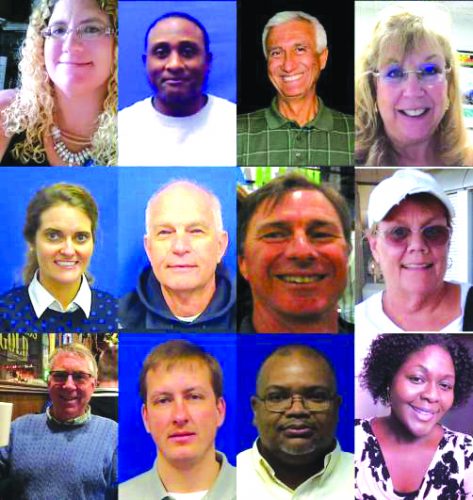 During the afternoon of Friday, May 31, as Hampton Roads residents watched and listened for news about the shootings and fatalities at the Virginia Beach Municipal Center, spouses, friends, children and parents like Diane Creekmore were even more fearful that a special loved one would not be returning home from work.

Creekmore’s daughter works in building 7, down from building 2 where a fellow co-worker launched a fatal assault on his colleagues as they were preparing to wrap up the work week. When it all ended, he had killed 11 people before he himself was killed by police. A 12th person would soon die, and four people would be hospitalized in serious condition.

This week, her daughter has returned safely to work, but Creekmore said her daughter is still trying to get an emotional grasp on last Friday’s tragic incident. She was reluctant to even talk about it or to reveal her name for this article.

But her mother believes we have a voice and must express our feelings and relief when faced with this kind of evil, “and I want to share what was a very trying experience for me.”

Creekmore described her daughter as strong and said she spent Monday seeking to help calm a “co-worker” in the Sheriff Department’s Accounting Office who was continually crying as she tried to work that morning.

Creekmore, who lives in Virginia Beach, is an advocate for people for Sickle Cell Disease. Her daughter who lives in the Lake Edwards section of the city, called her about 4:30 p.m. on Friday, about the time she normally exits her building for home.

“She said ‘Ma, there is a live shooter in one of the buildings near us,” said Creekmore, who described her daughter as distraught. “I want you to know before you hear it on news, and I do not want you to panic,” said her daughter.

Creekmore said she was at her daughter’s house at that time because she had locked herself out of her own dwelling.

“I then turned on the TV and saw what was happening. I texted my other daughters to let them know what was going on. The next thing I knew my daughter was calling me. I was more relieved that she and her coworkers in the office were safe. No one could go out and no one could come into the building. The doors were locked and they were behind bulletproof glass. But who knows what could have happened.”

Creekmore said she was watching her cell phone for her daughter’s calls and the TV for the breaking news. She also got on Facebook and alerted all of her friends that her daughter was at the Virginia Beach Municipal Center, but was safe and asked for their prayers.

“All the while I was scared to death,” Creekmore told the GUIDE. “I did not know what was really happening. I also had to reassure my granddaughter whom I was babysitting that her mother was safe and okay.”

Around 4:57 p.m., her daughter texted and told Creekmore that she and her coworkers were monitoring a police scanner in their office and that three people had been killed.

Also, Creekmore recalled her daughter saying that she and her coworkers were calling and texting with fellow employees in nearby buildings. They all had hunkered down in their offices and were hearing shots ring out, said Creekmore.

Between 5:30 and 6 p.m., Creekmore said she watched as the TV news reported that 11 people had died.

Creekmore said near 6 p.m., she got news from her daughter that she was heading home.

“At 6:09 exactly, I laid eyes on my baby as she was walking through the door,” said Creekmore. “I gave her big hugs and kisses. She was home and safe with her family. I was so relieved.”

“I was scared to death the whole time,” said Creekmore. “My daughter, of course, was too. I am thankful to God that she managed to stay safe. But now we must pray for the families whose loved ones did not come home.”

Follow us
In this article:Creekmore, Shooting, VB Shooting, Virginia Beach