In 2030, twelve short years from now, man’s persistent global warming habits, if not severely changed, will result in our Mother Earth not being able to permanently recover. Melting ice caps, flooding the globe with rising seas and soaring temperatures, will be our new habitat.

Earth warns us. If we do not listen, observe and learn from our planet’s warning signals, we do so at our own peril. We do not have a back-up planet, nor is space travel feasible.

We do know several things. First, unlimited wind and solar resources are right in front of us, daring us to grab the world leadership role in both these upcoming technologies. Instead, we abdicate from our pre-Trumpian leadership role example other nations could and would emulate and follow.

Second, we know that oil and coal slowly kill our air, our water and the planet when they burned, eventually taking all of us with them.

Third, and most importantly, we know we could all tighten our belts, and become more focused and self-reliant as we did in the 1960’s space-race-to-the-moon-challenge issued by President John F. Kennedy.

Lastly, we know in our hearts that we have all been lulled into an oil-junky-stupor by Big Oil. We fear not having gasoline for our cars more than we fear the death of the planet. We fear the chance of a dip in the economy more then we fear treading water, oil, and lava. We fear a harder short-term life, more than we fear having no long-term plan or hope. When it comes to planetary compassion over consumption, we are weak-willed. We fear conservation over capitalism, not understanding that capitalism can only be saved by conservation.

Politicians on the Right: you can’t tread oil, nor can you drink it. Your children don’t have enough money to buy all the highest ground. You and they can’t breathe oil and exhaust toxins; wake up and smell the planet burning forest-fire-style out of control year around. Or is it you real intent to bring about the rapture’s (w)reckoning of earth for all?

For you science-deniers and the math-challenged, if we on the Progressive Left are wrong, the result is a cleaner, safer, planet for longer because serious emission levels’ changes are made and achieved. If however you are wrong, with your ALT-ernative facts universe (of pictionary-flat-Earther-Birther foresightedness) we all die, driving our gas- guzzlers into the tidal waves.

Own the truths: all old and any new pipelines pipe us all to an “Out of Business” planet faster by the off-shore-drilled, piped, fracked, tankered (spilt), burnt and emitted gallon. Underwater banks full of Big Oil money will still be useless in the waterworld of tomorrow. What you thought was “moral high ground” is in reality, the morally corrupted hallowed grounds of our own demise, in Republican guise. God doesn’t like abuses of power- all forms of power. Be wise, not wise guys. You cannot disguise, with more lies, our earth’s unhappiness and displeasure.

Hindsightedly you apologize, from under the seas of permanently clouded smog-filled skies.

Follow us
In this article:Climate Change, Sean C. Bowers 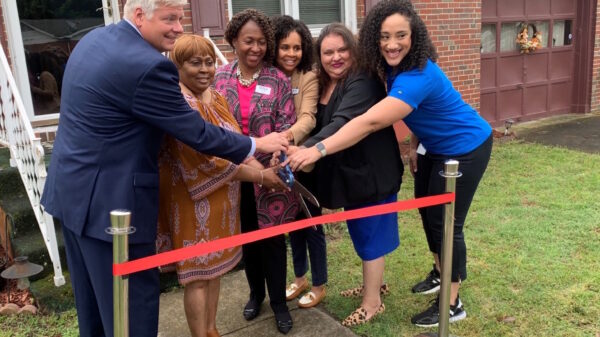 Dominion Energy and HRCAP Team Up On Weatherization Program

PORTSMOUTH Dominion Energy and the Hampton Roads Community Action Program (HRCAP) have teamed up for a new home weatherization program. The goal is to...

By Sean C. Bowers 45 is a mental midget backside projecting a giant shadow of himself -a hologram 100 times his actual...