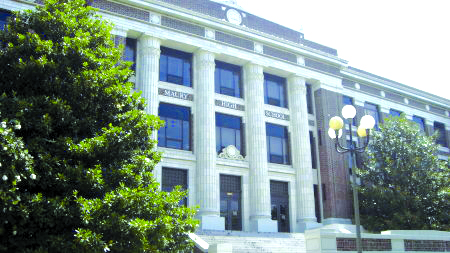 The summer before the fall of 1958, Mary Jane Hardly Birdsong, then 16, recalls she was busy.

She was a senior at Maury High School where she and her classmates were readying for the most important nine months of their young lives – Senior Year.

She had been elected Student Government President. She and her fellow seniors at Maury High School, the city’s oldest and well-respected high school, all looked forward to the first day of school after Labor Day.

Birdsong was excited about the sock hops (dances), football games, and all the attention and events leading up to graduation.

Norfolk had three all-White high schools: Granby, Maury and Norview. They were huge edifices and well-equipped and each had its distinct character.

Birdsong, during a recent interview with the GUIDE, said she had heard about the NAACP’s effort to enroll 17 “colored” students into those schools and three middle schools.

She also knew White adults did not want the schools “integrated” and their children, especially their girls, to “mix” and be exposed to “them.”

But Birdsong said the kids she hung around said they did not care about the controversy or about the fight the city council, school board and courts were having over the issue.

All “they wanted was enjoying their senior year, graduating and starting our lives.”

But the day after Labor Day in late September 1959, Birdsong said she and her classmates were shocked to find “this big … huge padlock” on the front door of Maury.

The padlock was symbolic of the efforts by Governor Thomas Stanley U.S. Senator Harry Byrd, and local leaders to defy the May 17, 1954, U.S. Supreme Court decision declaring that racial segregation of Black and White school children was illegal.

Virginia used “Massive Resistance” to circumvent and avoid complying with the court’s order and sought to uphold the earlier Plessy Decision (1896) which made racial separation law and fueled Jim Crow segregation. It was designed to ensure the socio-economic and political oppression of Black people.

Their research came from court documents, interviews with people who witnessed the closing and reopening of the Norfolk Public Schools in 1958-1959.

Also, they used news accounts from the Journal and Guide, Virginian Pilot and other publications.

Norfolk at the time had Virginia’s largest public schools system and the city was known for its moderate political tone.

City leaders hoped the Black community could be swayed to avoid pushing for the application of the Brown Decision.

But the state and local NAACPs organized the Black civic and legal resources to do just the opposite.

According to the book, a Norfolk Citizens Advisory Council set up in 1951 had White and Black members from their respective communities to represent the interests of various groups. It had a Black chairman at one point but disbanded in 1955.

But, according to the professors, such biracial efforts were not designed to pave the way to integration, but to humanize segregation and “mask” the White community’s effort to mute any true effort to comply with Brown, especially as Massive Resistance was put into full effect in 1956.

Using the courts to force school desegregation in Norfolk, the NAACP managed to force the school board to admit 17 Black students to the city’s all-White schools, after whittling the number down from 151 Black applicants. They were to be enrolled at Granby, Maury, and Norview high schools and three middle schools.

However, acting on the rules set by the state’s Pupil Placement Act, Gov. Stanley ordered that the six schools identified for desegregation would be closed.

Since none of the Black schools, including Booker T. Washington (BTWHS), were targeted for desegregation, they remained open.

The senior class of BTWHS participated in all of the rituals leading up to graduation.

Mary Jane Hardly Birdsong was among the seniors of Granby, Maury and Norview who did not.

Years later, their history would be recalled as the Lost Class of 1959.

Birdsong and her fellow students, she said, were angry and wrote letters, questioning why the city had closed their high schools.

Birdsong was an only child. After the death of her father when she was 4, her mother raised her alone in the Colonial Place section, populated heavily by Greeks and Jews of varying income levels.

The only Blacks she encountered was her mother’s maid.

She said she played with the maid’s child who accompanied her mother who could not find a babysitter.

She knew nothing of the hardships and barriers Jim Crow imposed on the maid or her child. But she later discovered that Black students inherited discarded books from the White schools and learned that Blacks had to travel hours and miles to attend school, although there were classrooms just blocks from their homes in Oakwood, where most of the Norfolk 17 lived.

In the case of Birdsong, who earned straight A’s, she already had a scholarship to any school of her choice.

All she needed was a high school diploma.

Over 10,000 White students were locked out of their schools. But their parents who could afford it devised other options, especially for the seniors.

Thanks to the Tidewater Education Foundation (TEF), they received help from tutoring groups in two churches in Ocean View supportive of Jim Crow.

The TEF bought the old Bruce Mansion at Mowbray Arch and Fairfax Avenue and private classes were held for 175 White students whose parents could afford the tuition.

Birdsong was one of the students enrolled at the Ghent site, which she recalled had a library in the attic. There she received instruction in history and English.

After those sessions, she drove her mother’s car from Ghent to Granby Street where she attended math classes at the Bethel Shalom Temple.

According to Birdsong, the displaced White students enrolled in schools In Portsmouth, South Norfolk, Newport News, Elizabeth City and even the “sticks” in Princess Anne County, before it became Virginia Beach.

Others were dispatched to relatives’ homes in locales out of the region.

Meanwhile, the Norfolk 17 were shut out of schools, too, since they had been assigned to the six all-White schools targeted for desegregation.

The NAACP, working with Black educators and civic leaders, converted the basement of the historic First Baptist Church on Bute Street into a makeshift school.

Classes were held there to keep the 17 abreast of the educational regimen they would encounter once the all-White schools reopened and they entered them.

They also were schooled on how to react to expected verbal or physical hostilities they would encounter.

Norfolk continued to drag its feet on complying, despite pressure from the courts and NAACP. Threats to close all schools to end funding for public schools were issued.

Deterred by the poll tax, 3,500 Blacks voted in support of reopening the schools.

But by January of 1959, the White business community fearing an exodus of “Contracts and Customers” pulled the rug from under the political leaders who supported non-compliance.

In the opening clause of the document, the signers noted they “would strongly ‘perfer’ (spelled incorrectly) to have segregated schools,”

One hundred members of the city business and social elite signed the petition which appeared in the Virginian Pilot newspaper.

It pulled the rug from under Mayor Fred Duckworth and other political leaders who supported the state’s Massive Resistance strategy.

Further, U.S. District Court Judge Walter, a friend of many of the signers, ordered the city to stop delaying compliance and admit the 17 Black students into the six schools.

On February 2, the schools did reopen. But Mary Jane Hardly Birdsong was headed to Farmville, Virginia to enroll in the Stratford Junior College Boarding School for Girls.

She recalls many of the girls were from elite families and were not really academically inclined as she. The school was strict and often expelled young ladies caught smoking in public or other transgressions.

Birdsong completed her coursework and received her high school diploma in Danville, only if she agreed to attend a freshman year at Stratford.

To pay for her books and other expenses, Birdsong said she worked out a plan to teach acting classes to the freshmen for her instructor.

But shortly after classes started in the fall of 1959, Birdsong’s mother died after a brief battle with cancer. She then had to return to Norfolk where she enrolled at the William and Mary Unit in Norfolk – now it called Old Dominion University.

Birdsong did marry, but had no children. She earned a B.S. Degree in Psychology and double major in Speech Pathology. She was a speech and hearing specialist at the ODU Speech Clinic for six years and also had a private practice.

For many years, she was a Presentation Consultant, schooling on air talent on how to speak and dress before the camera.

In 2009 the city of Norfolk held a series of events commemorating the history made by the Norfolk 17.

It was an opportunity, Birdsong recalled, for her and “Lost Class” students of Maury, Granby, and Norview to reclaim an important chapter of their youth.

“Their senior year was ruined. Many of them just dropped out, married, enlisted in the military or just went to work,” said Birdsong.

“They would have done all three anyway after graduating from high school. When the schools reopened in February of 1959, half of the senior class members of Granby, Maury and Norview High did not get their diplomas.”

In 2009, Birdsong and other members of the “Lost Class” lobbied then-Mayor Paul Fraim to give every member of that group a diploma, instead of “certificate” which was initially proposed, and a graduation and prom.

That relieved a lot of pain, Birdsong said. It also allowed her fellow “Lost Class” members, to interact with members of the Norfolk 17 and both groups realized the pain and abuse each group had experienced.

One of the most revealing and iconic images captured after the Norfolk schools reopened on February 2, 1959, was of Norfolk 17’s Louis Cousins sitting in the auditorium of Maury High School, surrounded by rows of empty seats and White students sitting in the distance.

“I heard those children (Norfolk 17) endured hell,” Birdsong said. “There were a few students who did participate in abusing those children. While we missed our senior year, those kids missed and experienced trauma. And all they wanted was an education.

Follow us
In this article:60 years, School Closing, Students Affected