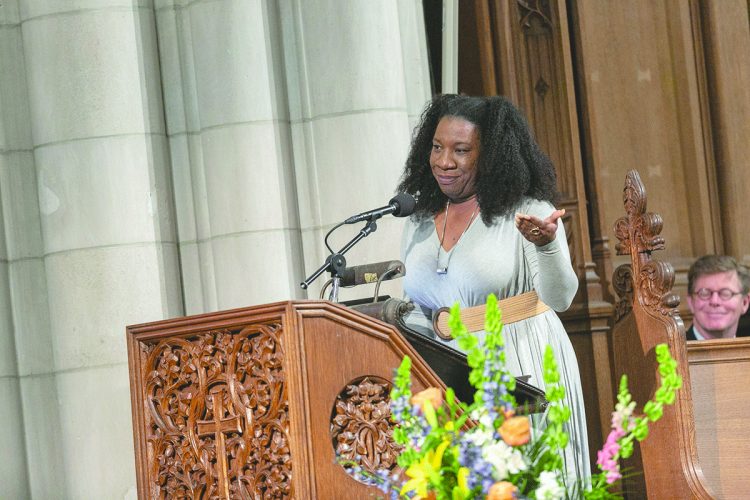 Her 20-minute talk addressed many themes, from raising awareness about women facing sexual abuse and assault to the leadership role African-American women played during the civil rights movement of the 1960s.

“It was a simple idea,” Burke told the audience. “We started with spreading the possibility that healing was possible. It didn’t feel like a vision but we built a movement on hope and faith and vision.”

In 2006, she launched the movement with a hashtag that aimed to give sexual-assault victims a voice. Since then, lawsuits have been filed against some of Hollywood’s most powerful players and others. For example, A Chicago woman recently took to Facebook to describe, in graphic detail, how a man she knows tried to rape her, naming him and including his photo in a post that was shared more than 1,000 times in a matter of days.

A few months earlier in October, Actress Sally Fields released her autobiography. However, the powerful and revealing parts were not about Hollywood at all, but about the cruel, infuriating injustices foisted upon her during childhood at the hands of her stepfather, the stuntman and actor Jock Mahone.

The same month, journalist Connie Chung told how she was molested by her family doctor in an essay that first appeared in The Washington Post,

Burke, 45, grew up in the Bronx in a low-income, working-class family in a housing project. She was raped and sexually assaulted both as a child and a teenager. “Nobody talked about sexual violence,” Burke told the audience at Duke.

She graduated from Auburn University and began working with sexual abuse victims. “Nobody spoke of it,” she said.

Aiming to help women and girls – particularly women and girls of color – who had also survived sexual violence, she began working on a documentary, called “Me Too.” While white women have amplified the viral hashtag, the movement actually had its origins in a decade of work by a woman of color.

The movement began as she put the pieces of her own life back together and reached out to help others. Burke said in a 2017 interview in The Washington Post. “When I started putting the pieces together of what helped me, it was having other survivors empathize with me.”

Many awards have been bestowed on her since she started the movement. Time magazine bestowed its Silence Breaker award on her in 2017. She was one of several activists who attended and spoke at this year’s Golden Globes. Burke held a consulting position on Ava DuVernay’s Oscar-nominated “Selma.” During the Kavanaugh Supreme Court hearings, Burke sat in the Dirksen Senate Building and sent a photo of her view in the audience to Christine Blasey Ford, as well as a tweet. “Listening to this women’s voice shake as she pushes through this moment … This is hard,” Burke said.

Specifically, the “Me Too Movement” began over a decade ago after Burke listened to a teenage girl reveal the awful, disgusting things her mother’s boyfriend was doing to her in private. Burke said she cut the girl off and sent her away, in a 2017 CNN interview. “I watched her walk away from me as she tried to recapture her secrets and tuck them back into their hiding place. I watched her put her mask back on and go back into the world like she was all alone and I couldn’t even bring myself to whisper … me too.”

Sexual assault cuts deep, she told CNN. And the movement began – as she put it – in the “deepest, darkest place in my soul.” Sexual abuse is about intimate details in a person’s life.”It’s a very touchy private, deeply personal thing,” she said.

In her recent keynote address at Duke, she said the unexpected growth and increasing popularity of the “Me Too Movement” seemed impossible a decade ago. “In order to build effective, sustainable movements, we have to believe in something that seems impossible to others is actually possible.”

More than 12 million people have used her hash tag on social media, CNN reported in 2017.

Follow us
In this article:Duke, Me Too, MLK, Movement, Tarana Burke 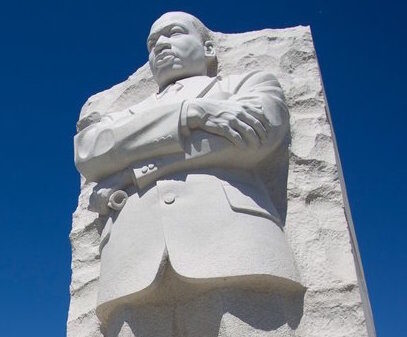