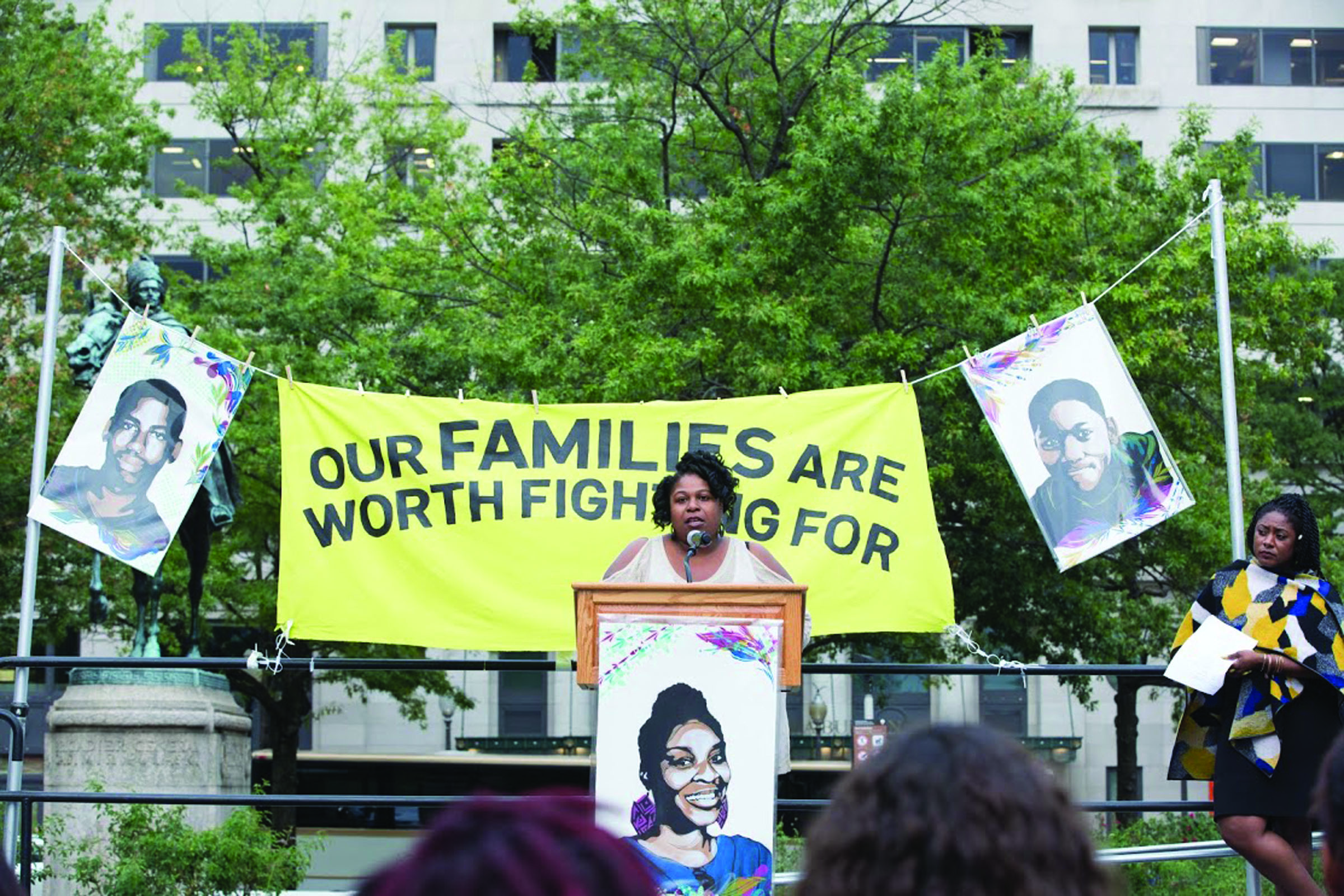 WASHINGTON D.C.
Yesterday evening, Congresswoman Donna Edwards joined Samaria Rice and Lucy McBath – the mothers of Jordan Davis and Tamir Rice – and more than 750 other people in Freedom Plaza on Monday (Sept. 19) for a vigil commemorating the lives of people of color and children lost to ongoing violence. “My son would be alive today had it not been for the loose and destructive gun laws in America that allow vigilantism where gun owners are allowed to shoot first and ask questions later,” said Lucy McBath, the mother of Jordan Davis, a teenager who was killed by gun violence. “Here we gather today standing side by side, wearing our full armor as we once again rise up to the rampant gun violence plaguing our communities.”

The vigil was part of a growing movement to end violence against women of color and highlighted the tragedies that too many families face while simply living their lives or seeking better circumstances for themselves and their families. “Trans women of color are walking through the world waiting for something bad to happen to them. That’s not a way to live. We have to remember to walk in this world seeking justice, not only for ourselves but for others who don’t look like us,” implored speaker Brè Campbell of the Trans Sistas of Color Project – Detroit.

Maryland Congresswoman Donna Edwards also addressed the crowd, calling on them to remain active in the political system and continue to push elected officials for change. “We’re here to make sure that the aspirations that your children have and that my child has are the same as other families – except our children may not get to live those aspirations because of a system and structures that work against them. We’re here to break down those barriers.”