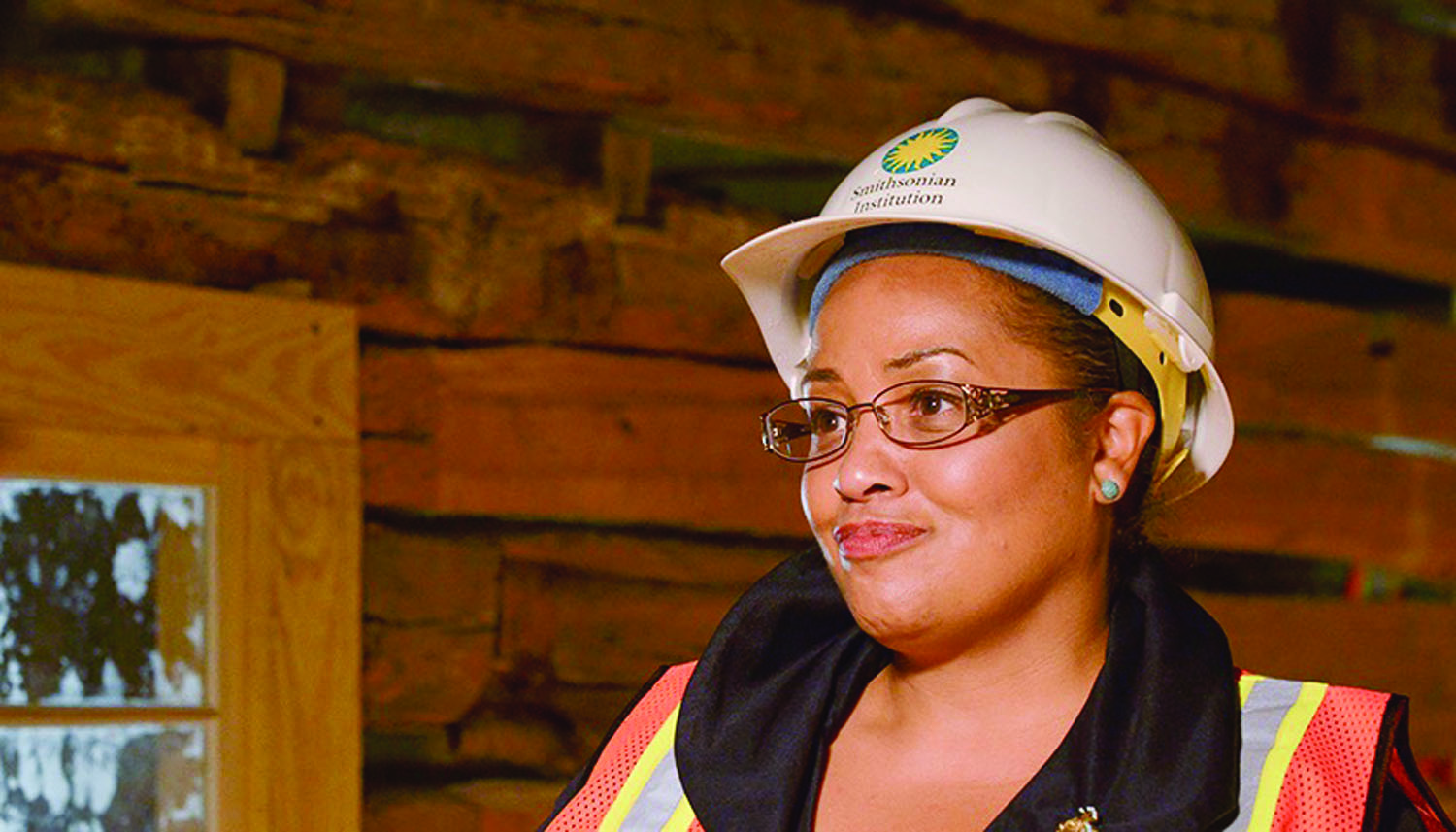 The new Smithsonian National Museum of African-American History and Culture contains an exhibit that features slave cabins, one that curator and museum specialist Mary Elliott called powerful. Almost as powerful, however, is Elliott’s recounting of the vital input and assistance by one local citizen who inspired many seniors and others to participate in the new museum.

“To get all the stories together about the slave cabins, we brought in the help of a genealogist and we used our local research here and reached out to the community,” Elliott said. “And, when we were dismantling the cabin, the community came out and it was Black, White, young, older men and women who were there. But, there was one young woman, whose name was Eileen, and she was very important.”

It’s a hard history and sometimes people don’t want to talk about it, but she helped us to get the stories out,” said Elliot. “She was a real dynamic person.” After taking the cabins to Virginia for conservation work, Elliott learned that Eileen had died. “She was younger than the elders that she helped get the stories from. Eileen had so much energy and spirit and was so passionate about the fact that the story was being told and correctly,” Elliott said. “She may not be here on the 24th when this museum opens and that’s heartbreaking, but I smile because her spirit will definitely be here.”

A graduate of Howard University and Catholic University of America’s Columbus School of Law, Elliott helped produce local history exhibits in the Washington, D.C. area and produced several public history programs. Now, as the opening of the historic museum rapidly approaches, Elliott told the NNPA Newswire what she’s most excited about and how she’s handling all of the excitement surrounding the historic grand opening.

“I really appreciate the collective effort to get the story out and let people know what they are going to see before they get here. People ask me, ‘Are you excited?’ And, truthfully, I get reflective,” said Elliott, who has served as a contractor and consultant to various organizations. “I think about family, relatives, ancestors, those I knew personally and those before them,” Elliott said. “I think about my church family and my community and I get so full, because I cannot wait for people to see the museum not just as a building, but to hear people say about our history that, ‘I never looked at it that way, wow,’ and to have them think a little differently about their approach to American history and understanding the African-American experience.”

Anxiously awaiting the Sept. 24 opening, Elliott said the deep roots of African-American history will offer visitors the kind of truths that should lead many to think deeply and it also will possess the kind of true stories that need to be a part of the American history narrative. The museum doesn’t ignore the struggle many African-Americans have today. “We don’t hold back on violence during the period of slavery,” Elliott said. “People will see how this ebbs and flows and that this violence [today] is nothing new and to understand it in a historical concept to wrestle with how to end it….and to also understand that African-Americans are Americans who have contributed to the development of this nation.” The National Museum of African-American History and Culture officially opens on Sept. 24 and nearly 30,000 opening weekend tickets were issued, reportedly, within one hour of becoming available.