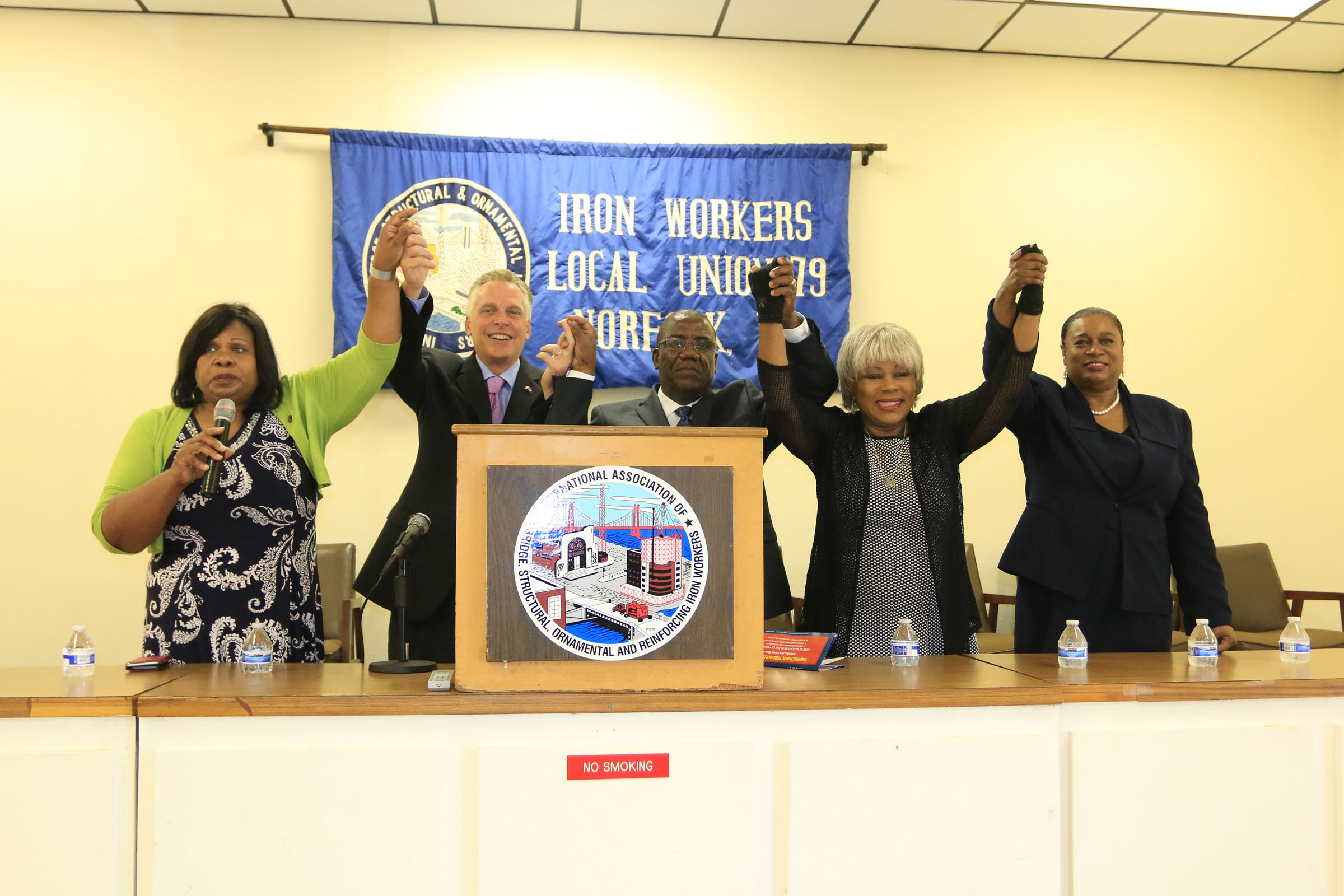 Virginia State Delegate Lionell Spruill handily won the special election July 9 to run as the Democratic nominee in November for the State’s 5th Senate District. The seat was vacated recently by Kenneth C. Alexander, who is now Norfolk’s new mayor. Spruill received 68 percent of the vote to beat Del. Joseph Lindsey, a Norfolk attorney, during a four-hour, firehouse primary election. Chesapeake and Norfolk residents who live within the district’s boundaries participated in the election.

Once officially elected to the seat in November, Spruill will represent both cities in the Senate. Over 50 percent of the district’s precincts are in Chesapeake. There were 3,211 voters who turned out in the bright hot sun, and Spruill, who resides in Chesapeake, received 2,195 votes compared to 1,016 for Norfolk resident Lindsey. In Norfolk there was only one location to conduct the special election, and two in Chesapeake.

But the turnout for this firehouse election was unusually steady during the 10 a.m. to 2 p.m. time frame to vote. According to a Facebook posting by one poll worker at the Kroc Center, some 1,000 had voted at the Kroc Center by 1 p.m. At 10 minutes before the voting was slated to close, a long line of voters snaked through the central hallway of the building, was directed into an entry door of the theater, wound its way through the space, exited another door, where a poll worker ushered them into a room to be vetted to vote.

People who were in line were allowed to do so at least 20 minutes after 2 p.m. when the lines began thinning and the poll workers shut down the process. There were a number of people who got wind of the election at the last minute and assumed the hours to vote were longer. They were left standing miffed in the Kroc Center lobby, where party operatives explained the rules.

By a quarter to 3 p.m., one party activist and operator standing outside the door of the counting room, received an e-mail from Spruill’s Chesapeake operations noting that he was up 1,400 votes over Lindsey. Representing House District 77 for 22 years, Spruill used his seniority, connection to the state and local political Democratic party and very active grassroots campaign strategy, including local union workers, to capture the seat. He also had a very well-endowed war chest his opponent could not match.

He had a number of key endorsements from the state political hierarchy, including Gov. Terry McAuliffe who stood with Spruill at a union hall two days before the firehouse vote took place. Prior to his election to the House, Spruill served on the Chesapeake City Council from 1988 to 1993. During the post-election party, Spruill confirmed news reports in the New Journal and Guide he would support former Chesapeake Councilman and party activist Cliff Hayes to replace him in the House.

Spruill in an interview with the Guide the following day said that he would leave any ill feelings and tensions behind as he moves to secure his position as the new 5th District Senator. Although he is familiar with the political and institutional make up of Norfolk, he is gaining more knowledge, he said, to be an effective spokesman for the two cities in the State Senate.

“They said this was a Norfolk district. But I have long worked with the many of the officials who represent this city – from the new mayor to the other senators and delegates,” said Spruill. “The campaign is over and what happened during the contest is under water. “Now it is time for me to roll up my sleeves and get to work for all of the people of the district, whether they live in Norfolk or Chesapeake.”