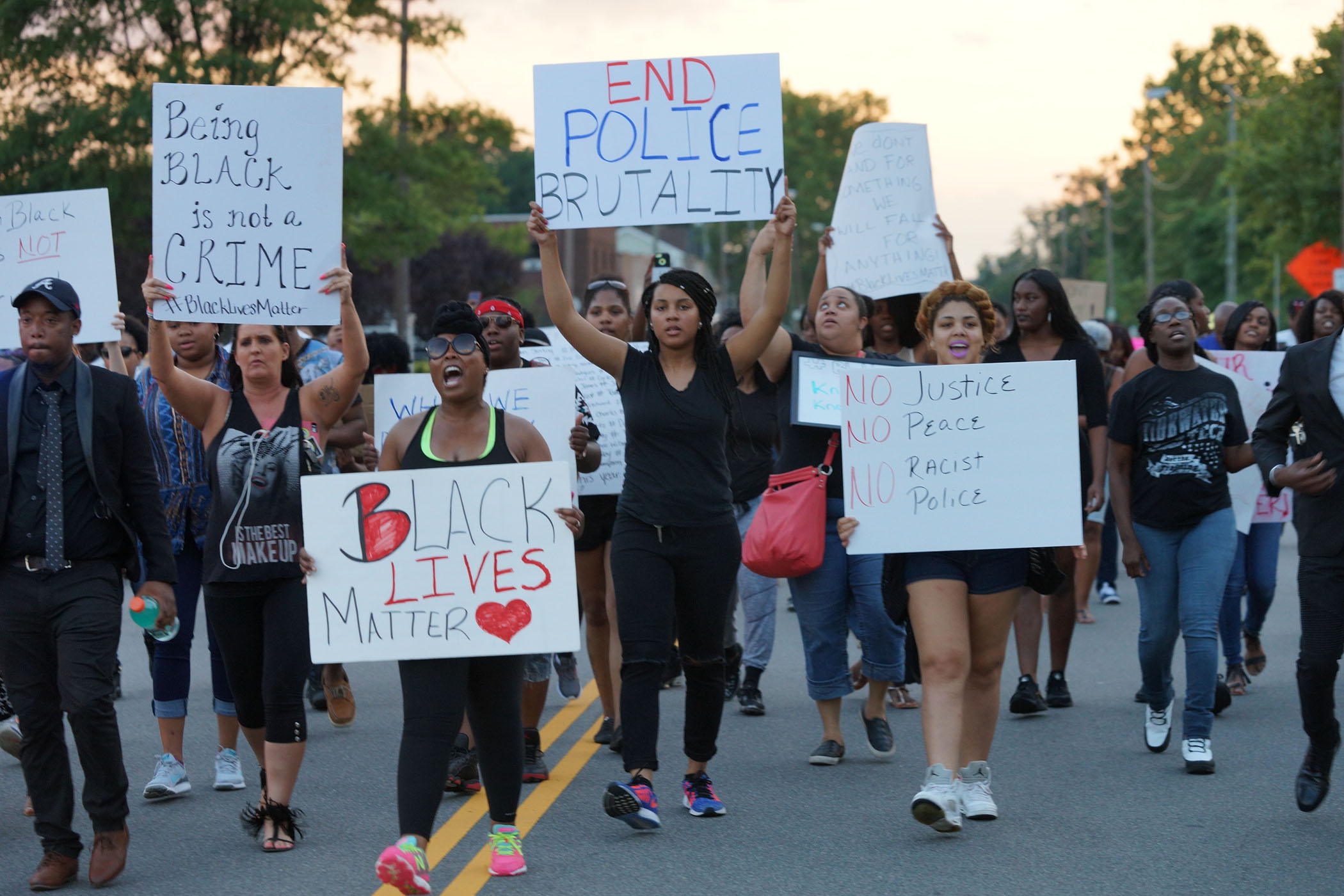 PORTSMOUTH
The local chapter Blacklivesmatter757 staged a successful series of demonstrations called #757Unity Protests in the cities of Norfolk, Portsmouth, Virginia Beach, Newport News, and Hampton on Sunday evening (July10). This came in response to a turbulent week of violence in which two African-American men in Louisiana and Minnesota and five police officers in Dallas were slain.

Local protesters blocked streets and highways, including a section of Interstate 264, which caused law enforcement officials to close the Downtown tunnel. Over 100 protesters gathered at I.C. Norcom High in Portsmouth and marched down High Street, effectively shutting it down as Portsmouth Police blocked traffic and provided escort for the protesters as they marched through the heart of the city. The march ended at 9:45 p.m. with protesters agreeing to disperse. Marchers were observed shaking hands and hugging Portsmouth police officers and thanking them for their assistance and professionalism.

In Norfolk, about 30 people gathered at the intersection of Brambleton and Granby to demonstrate, as well as at Mt. Trashmore in Virginia Beach.
In Newport News, over 100 people participated in an organized demonstration; while in Hampton, at least 100 Black Lives Matter protesters marched down Mercury Blvd, the city’s major economic corridor, with police escort.