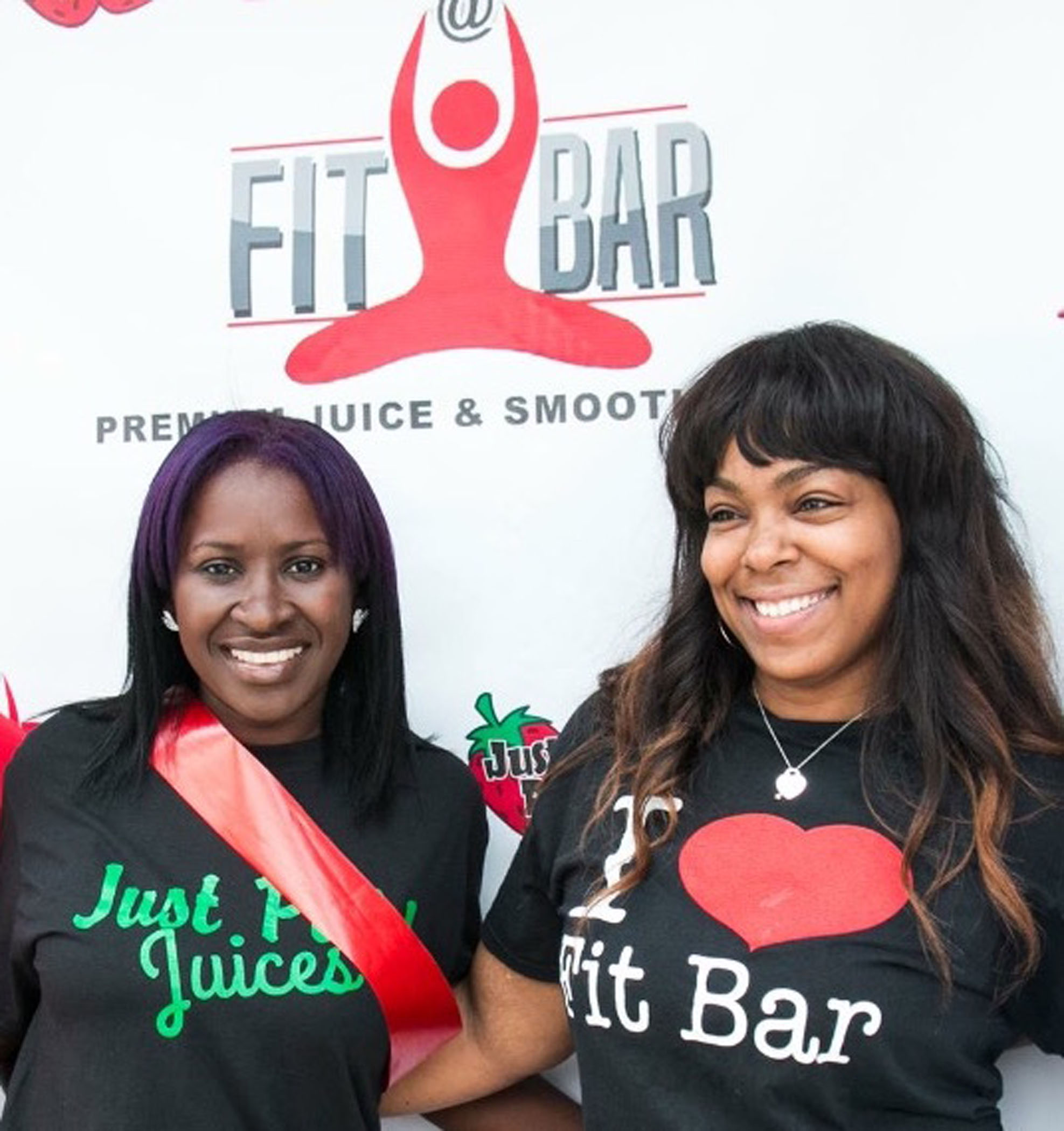 Two women experienced a near-brush with death and decided to open a fitness center and a juice bar in Portsmouth. Well, it wasn’t really that straightforward. Sunshine Torrey, who launched Fit Bar Fitness Studio in Portsmouth, in December 2015, aimed to help her best friend Candice Avents survive a breast cancer diagnosis. So, Torrey drove her best friend from Portsmouth to Just Pic’d Juices at 415 N. Military Hwy., which is located near the Poplar Halls neighborhood. At this intersection Torrey met the owner, Felicia Amos, who opened her natural juice store in 2013 while her grandmother was recuperating from heart surgery.

This means if Torrey had not driven her best friend with breast cancer from Portsmouth to the natural juice store near the Poplar Halls neighborhood; or if Amos had not responded to her grandmother’s recent heart operation by opening a natural juice store, about 200 folks would not have turned out on June 25 for the grand opening of Just Pic’d Juices at Fit Bar, which is the new name of the business that the two women merged. The fitness center and juice bar are located at 3280 Academy Ave. in the Churchland section of Portsmouth.

“It just came out of nowhere,” Torrey said describing her best friend, Candice Avents’ breast cancer diagnosis. “This is when we got real serious about our health,” Torrey said. “I went on a juice cleanse for 30 days after my best friend passed in 2012 at age 31. That’s how I fell in love with juicing. I felt I had to keep that interest going. This is why the partnership between me and Felecia evolved so naturally.”

Felecia Amos, the one who opened a cold press juice store after her grandmother had heart surgery in Georgetown, S.C., said, “My interest in cold press juicing developed because my grandmother, Pearl Anderson, who lives in Georgetown, S.C. had just had heart surgery in 2013. I called to check on her. She said she was waiting on people in our family to finish cooking dinner.”

But the menu was all wrong for someone recovering from heart surgery, Amos said. “She told me they were cooking smothered pork chops, barbecue chicken, pork ribs, macaroni and cheese. The vegetables were overcooked. So, I said, ‘Grandma you are not supposed to have any of that.’ She told me she wanted to live longer. ‘But, what am I supposed to eat,’ she asked? She told me she wanted to live long enough to pay off her house.“

Amos not only began to teach her grandma about cold press juicing, but began to spread the message throughout Hampton Roads. “We are both college graduates,” Amos said listing traits she and Torrey shared before they merged their two businesses. “We want to make a difference in our communities,” said Amos, who continues to operate the first store she opened near the Poplar Halls neighborhood. “We want to bring about awareness. We want others to learn more about fitness and cold pressed juicing. We hope to eliminate many health problems that people are struggling with especially childhood obesity.”

Blacks, in other words, may have a brush with death. Some may not get a second chance. Black accidental deaths, according to the Centers for Disease Control, rank at No. 4. While the life expectancy rate for African-Americans increased to a historic high of 75.6 years in 2014 (compared to 79 years for whites), according to records from the CDC, Blacks are 31 percent more likely to die from all cancers. Blacks, meanwhile, have a death rate for all heart disease that is 34 percent higher than it is for whites.

Blacks, meanwhile, are more likely to contract and die from four cancers: lung (29 percent), prostate (29 percent), breast (19 percent), and colorectal cancer, according to a 2013-2014 American Cancer Society report titled, Cancer Facts and Figures for African-Americans. Aiming to help others live longer, the two women said they are happy they joined forces. Each day, Amos prepares cold pressed juices which range in price from $2 to $9. Her top three bestsellers are the weight loss drink that contains celery, apple, and cucumber. Her immune system booster drink, which contains pineapple, mango, ginger, and kale, ranks No. 2. Her stamina drink, which contains beet, ginger and apple, ranks No. 3.

Meanwhile, Torrey helps clients shed pounds. She offers several fitness classes including a weekend class for parents and children, which her daughter Sunshine attends with her. Her clients range from toddler to age 75. Fees at the fitness center normally cost $39 a month. But Torrey is running a special-summer rate for $19.99. Drop-in rates are $8 per class.
Torrey, a Walden University graduate and city employee said, “I have lost 60 pounds in the past year. We get a lot of feedback about our fitness programs. Many say they like our family friendly environment. They say they like feeling like a member of a family or a team. They tell me they feel safe here. They have more energy.”

Torrey added, “You can easily burn 800-1,000 calories in one of our one-hour classes. This represents most of your caloric intake for the day. We have bridged the gap so that people want to come in and work out.” Now the mortality-disparity gap looks less threatening to both women. Amos’ clients say her drinks reverse inflammation, sickness, fatigue, pain, and other symptoms. “I am just a little girl from South Carolina who had a passion to give back,” said Amos who graduated from Charleston Southern University. She is married to Harmon Amos. They live in Virginia Beach and have three children ranging from 12-22. “All three of them work in the business,” she said.