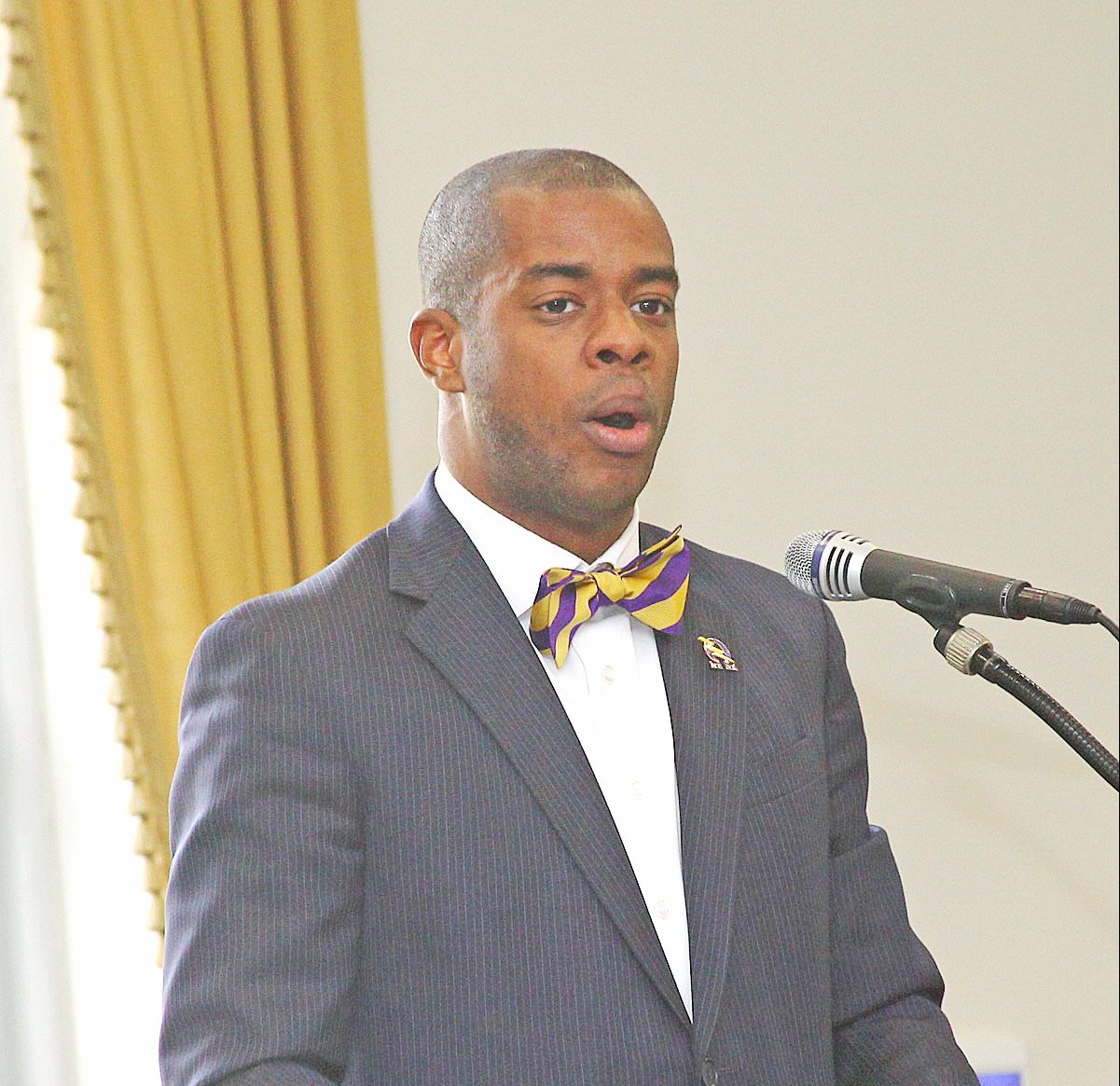 The keynote address was given by Brad Hunter, Vice-President for Commercial Lending with TowneBank, and a member of Lambda Omega. The luncheon was the culminating event of a week of activities that kicked off with a “Power of The Vote” forum at Old Dominion University hosted by the school’s Tau Lambda Chapter and NSU’s Pi Gamma Chapter on November 13. Fraternity members celebrated Omega Psi Phi’s 106th birthday at a rededication ceremony in Portsmouth on November 17.

Norfolk-based Lambda Omega Chapter presented its Lifetime Achievement Award to Fabius Tucker, and Herb Govan was their Superior Service recipient. The chapter recognized NSU’s President, Eddie Moore, as their Citizen of the Year. Moore, who is also an Omega Man, will be retiring in December of this year. Zeta Iota, located in Portsmouth, selected Stephanie Morales, Esq, as its Citizen of the Year. Morales was recently re-elected as Portsmouth’s Commonwealth Attorney. Lloyd Jackson, Jr. was their Omega Man of the Year, and Ovelton Malone was recognized for his Superior Service.