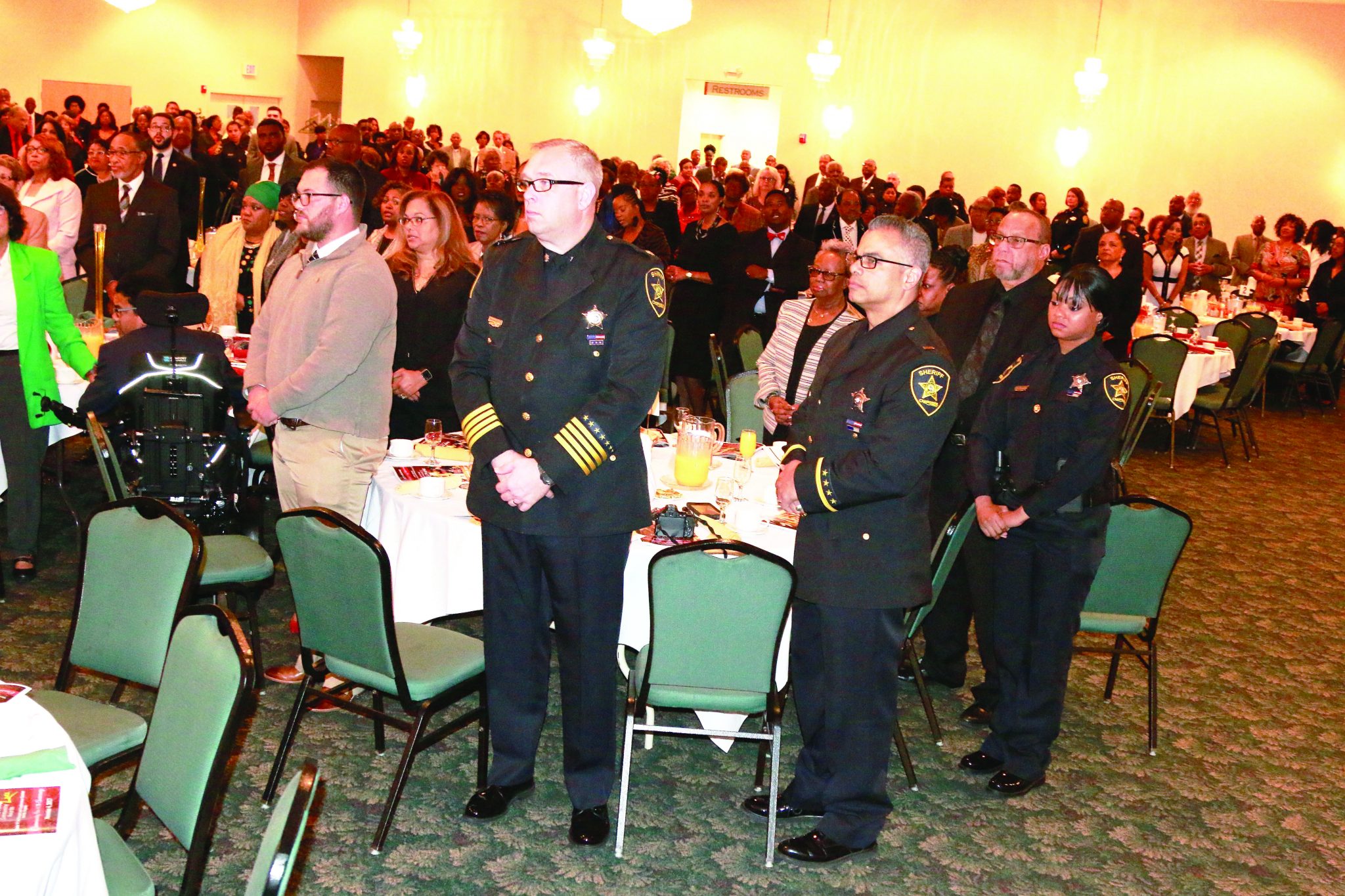 The New Journal and Guide observed the newspaper’s 117th anniversary on Saturday, November 4, during its annual Impacting Lives Breakfast. More than 400 were on hand at the Murray Taste and See Center in Norfolk for the event.

This year marked the 4th community breakfast the newspaper has held to celebrate its longevity and acknowledge and award area citizens whose lives mirror the mission of the newspaper to uplift and empower the African-American community.

Also, for the first time, a “Community Choice” award was presented to a citizen nominated by a member of the community.

Eight 2017 honorees were recognized during the breakfast and presented awards by Publisher Brenda H. Andrews, who was assisted by Barbara Ciara, news anchor at Channel 3, and a 2016 honoree, and Oronde Andrews, public school teacher at BTW High School.

The inaugural Community Choice awardee was Melinease Hutchinson, a longtime member of the Norfolk NAACP. It was accepted by her granddaughter Alexxis Hutchinson.

All of the Impacting honorees were present to receive their awards, with Saiid Hyman, the son of Imam Fareed, accepting his father’s posthumous award on behalf of the family.

Music was provided by Ron Myers, Minister of Music for Covenant Presbyterian Church of Norfolk. The Boys Choir of Hampton Roads sang the Negro National Athem, accompanied by Mrs. Geraldine Boone, the group’s founder. They were directed by Michael Judd, a senior NSU music student.

In recognition of the Centennial Observance underway in the City of Norfolk for the Naval Station Norfolk, the program included a special acknowledgement of the World War II men of the USS Mason, the Navy’s first predominately all-Black crew that broke the color barriers in Navy careers.

A modern day recognition of excellence in naval service was given to the late Fredda Bryan, who retired from the Navy having achieved history-making positions as an air traffic controller. As a civilian, Bryan was an advocate for breast cancer awareness and prevention. She died earlier this year after years of battling the disease.

A special presentation was made by Rev. Glenda Kelly-Murray to Publisher Andrews citing her lengthy service to the community. 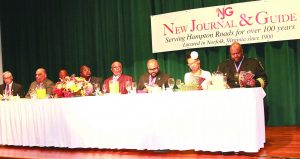 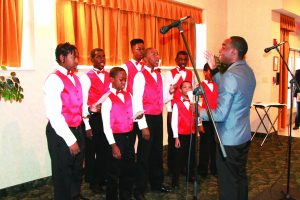 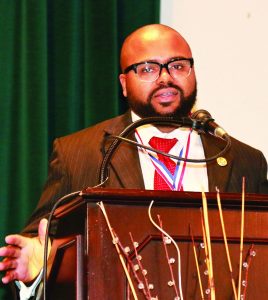 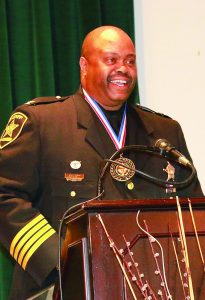 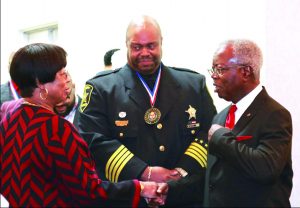 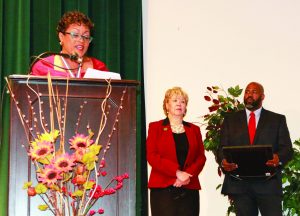 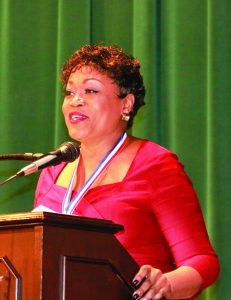 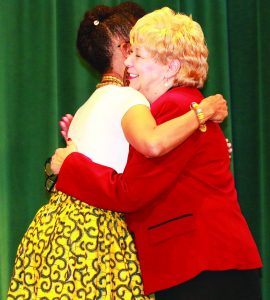 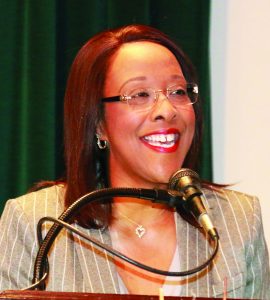 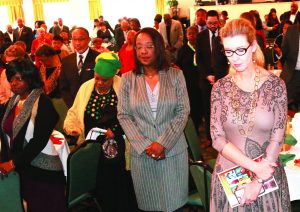 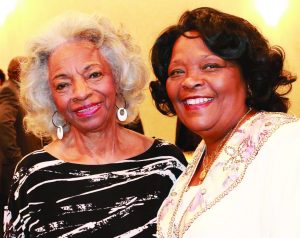 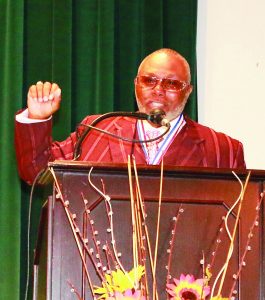 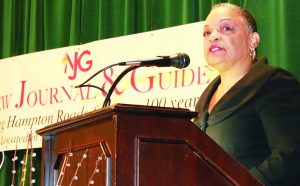 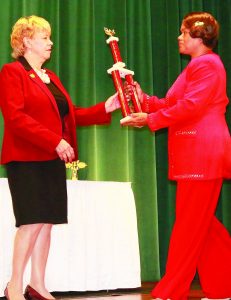 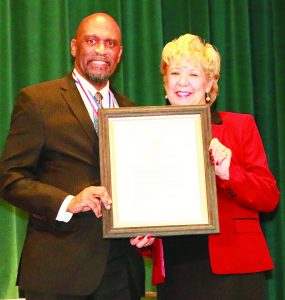 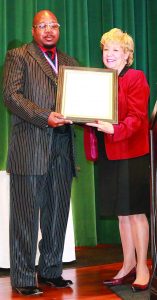 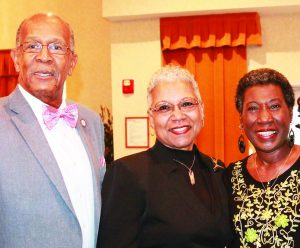 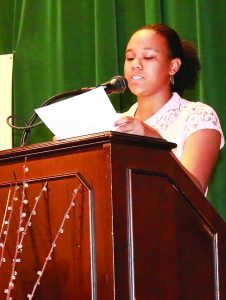 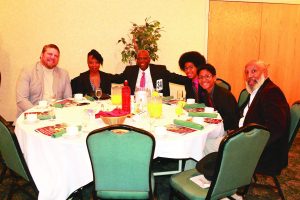 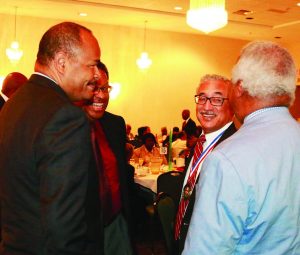 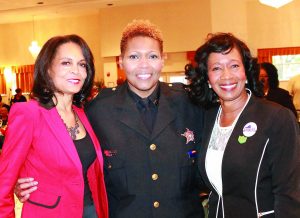 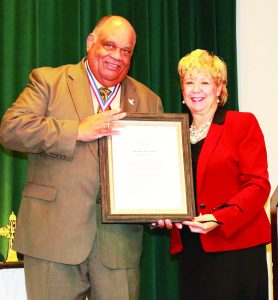 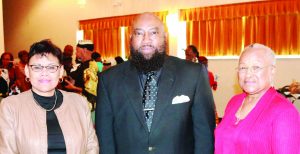 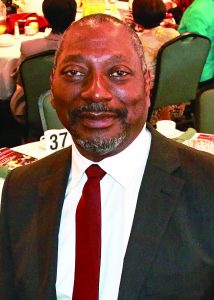 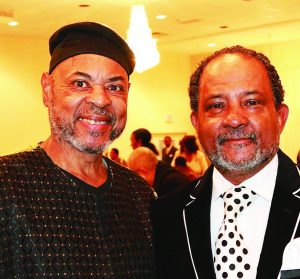