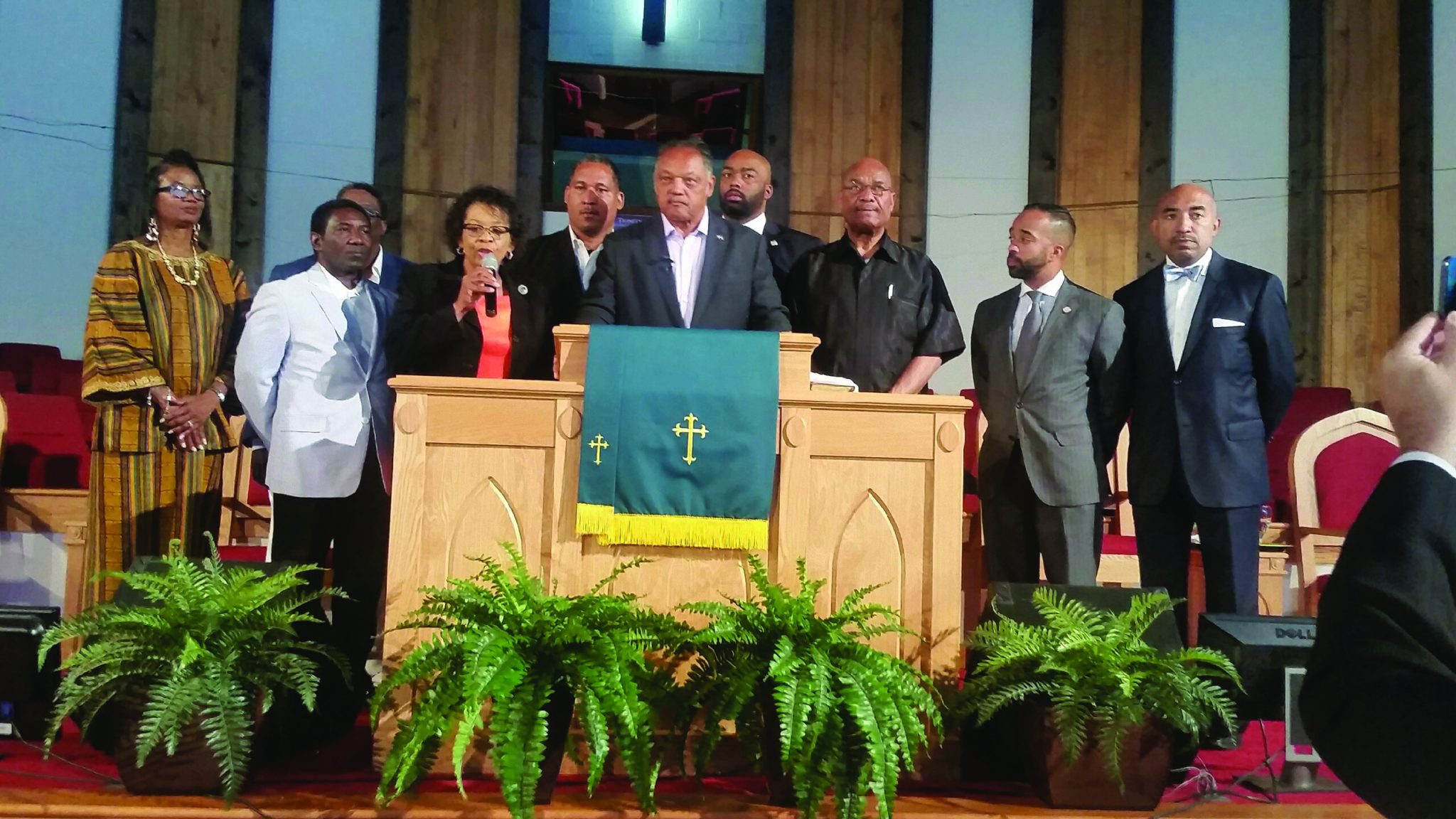 RICHMOND
In an effort to generate interest among voters for the November 7 General Election, Rev. Jesse Jackson was in Richmond (July 30) at Trinity Baptist Church with members of the Virginia Black Caucus.

Jackson, President of the Rainbow Coalition, delivered a special sermon stating his group will join efforts to boost voter registration and turnout in Virginia this year, including a bus tour.

This year, statewide offices of governor, lieutenant governor and attorney general, along with all 100 seats in the House of Delegates will be on the ballot.

“We are forming a rainbow coalition of conscience, massive voter registration and turnout effort across Virginia,” Jackson said at a news conference after services at the church. “Virginia and New Jersey are the only two states with governor’s races this year, which puts extra national attention on Virginia.”