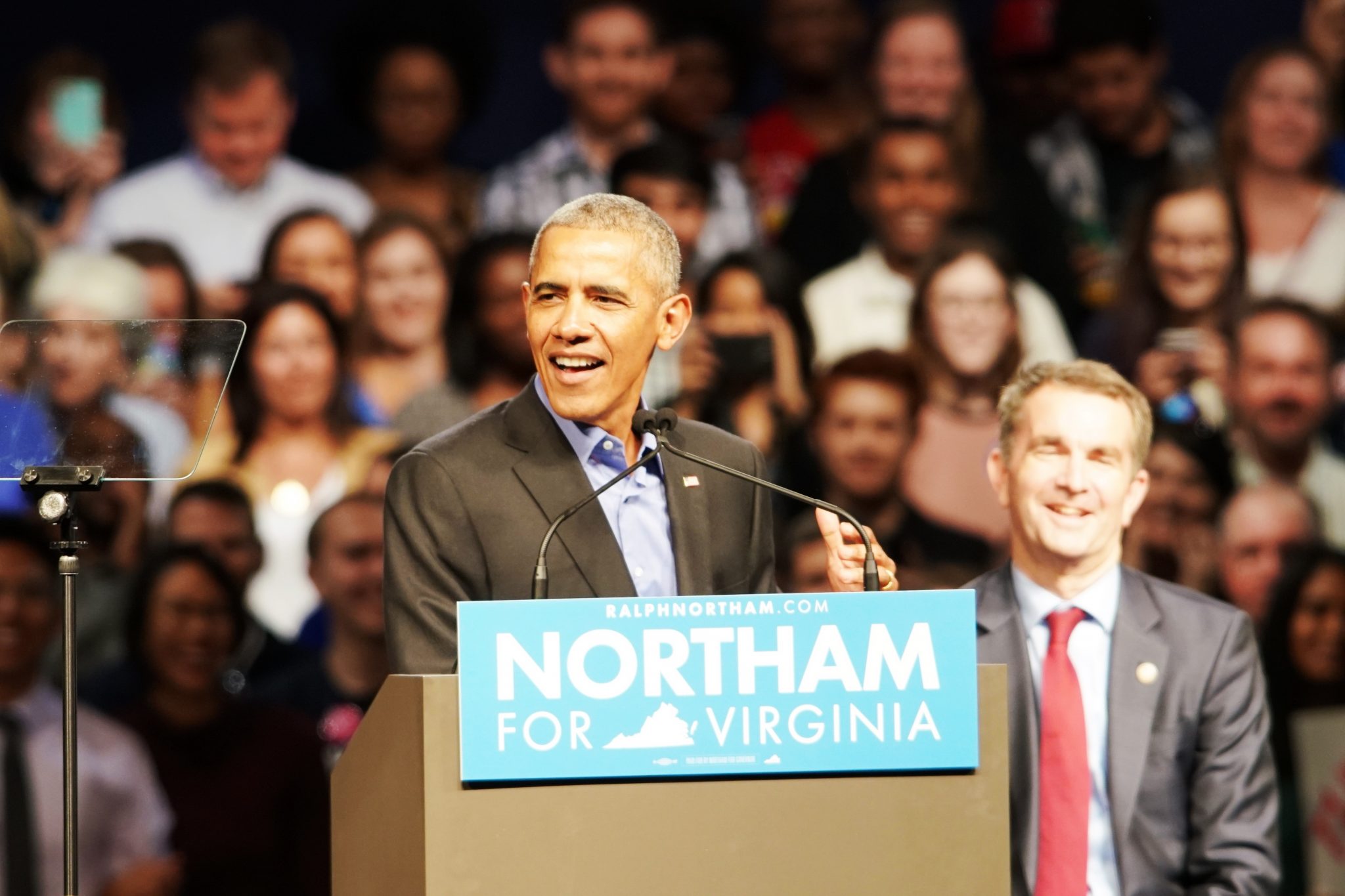 RICHMOND
Former President Barrack Obama campaigned for the first time since leaving the White House on Thursday (Oct 19) evening in Richmond to push voter turnout for the slate of Democratic candidates running for statewide offices in Virginia on Nov. 7.

Obama keynoted a packed rally of 7,500 people for Democratic gubernatorial candidate Ralph Northam at the Greater Richmond Convention Center. Obama abandoned his nine-months of self-imposed political silence and skillfully used the theme of the rally, “Creating Economic Opportunity For All Virginians,” to slam Republican candidate Ed Gillespie for employing fear-mongering tactics similar to those used by Trump in the 2016 presidential campaign.

Obama criticized several controversial commercials aired by Gillespie featuring the MS-13 gang, which has its origins in Central America and shows a gang of heavily tattooed Salvadoran prisoners. Obama said, “What he’s really trying to deliver is fear.”

He told the crowd that they are too smart to believe that Ralph Northam, a man who treated our wounded soldiers on the battlefields of Iraq and who works at a children’s hospital would be cozying up to a gang.

Obama also addressed the issue of Gillespie’s criticism of Northam for supporting the removal of Confederate monuments and statues in Virginia. Obama said, “We shouldn’t use the most painful parts of our history to just to score political points.” Obama drew a loud round of laughs by pointing out that he is eight distant relatives away from Confederate president Jefferson Davis.

Democratic Party officials, who brought in President Obama four years ago to help elect Terry McAuliffe as governor, are hoping to energize African American voters in Richmond, where nearly 50 percent of the population is black, and across Central Virginia in a close election where the winner is expected to be decided by a few thousand votes. New Journal and Guide Chief Reporter Leonard Colvin reported last week that a recent Wason Center poll by Christopher Newport University had Northam with a 4 point lead over Gillespie, which is within the margin of error.