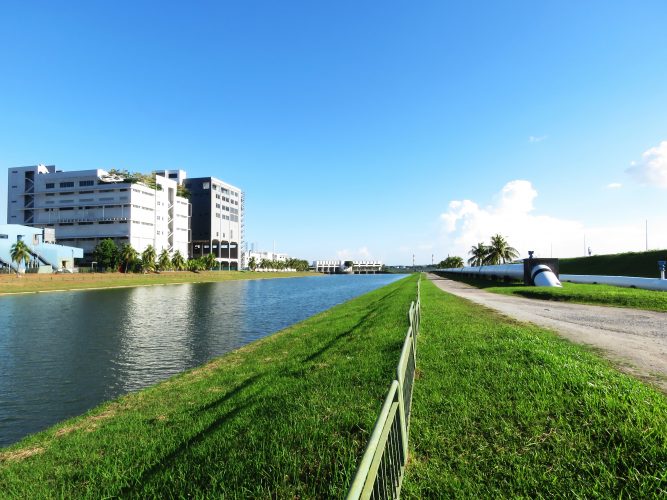 The portion of the Southside Connector of the Atlantic Coast Pipeline (ACP) proposed to be built through three majority African-American neighborhoods in Chesapeake poses a risk to the residents of those communities.

This assertion was pointed out in a confidential report, submitted to the State Corporation Commission (SCC) by residents seeking to deter a portion of the ACP – called the Southside Connector – from being constructed through the Georgetown, Sunrise Hills, and Holly Glen sections of that city.

Members of the civic leagues of the neighborhoods which would be impacted have formed “Georgetown Neighbors Against The Pipeline (GNATP).

Since April of 2017, they have been fighting against the connector from being built through their neighborhoods, with complaints filed with the SCC and in the courts, according to Jimmie Hampton, one of the GNATP leaders who lives in Georgetown.

A Chesapeake Circuit Court recently ruled against two residents of Sunrise Hills, who filed a suit to stop it from being built through their community. But the plaintiffs say they will file an appeal.

The report citing the risk the connector poses was filed as a supplement to the GNATP’s original complaint with the SCC by Joshua Baker, an attorney with the Waldo and Lyle law firm based in Norfolk.

The report, called the “Environmental Review (of) the Natural Gas Pipeline Easement (in) Chesapeake, Virginia was based on an investigation by Stokes Environmental Associates Ltd. of Norfolk, Virginia.

“Much of our analysis is applicable to any location near a natural gas pipeline, but these findings are specific to the particular facts in this immediate area of study,” said Thomas L. Stokes, Jr., who wrote the report submitted to the SCC.

Stokes wrote the “risk was defined as the probability of personal injury to residents or damage to their homes resulting from a rupture in the proposed 24-inch diameter pipeline” which is called the ACP.

The ACP is a 600-mile underground gas pipeline being built from West Virginia through the western part of Virginia to Hampton Roads and links up with the Southside Connector. It is designed, according to its supporters, to expand the supply of natural gas, lower costs, and supply employment to the Mid-Atlantic region.

The Connector runs through Norfolk, Chesapeake and parts of Suffolk, on its way to a location in North Carolina.

A four-mile stretch of the 9.5 mile connector, according to maps of the ACP, runs from a VNG Pumping station in Downtown Norfolk at Salter and the 200 block of East Virginia Beach Blvd; southward down Tidewater Drive then eastward toward Harbor Park, under the Elizabeth River; then down Campostella Road to Berkley to Sunrise Hills to the Chesapeake City border and Georgetown.

This factor makes it also an issue of Environmental Racism, according to Jimmie Hampton and GNATP Attorney Baker.

According to the Stokes’ memo, “a worse case scenario was evaluated using the Areal Locations of Hazardous Atmosphere (ALOHA) software designed to model chemical releases for emergency responders and Planners.”

“We undertook this same level analysis for the Georgetown, Sunrise Hills and Holly Glen neighborhoods to ensure that the residents there were apprised of the safety considerations that would be given to nuclear installation and to evaluate the possible impact to human life,” the Stokes report said.

According to the report, the model scenario involved a six-square-inch rupture of the pipeline and subsequent explosions after one minute of natural gas leakage under maximum operating pressure of 1,250 per square inch (PSI).

The report said the release of 6,970 pounds of natural gas from the pipeline prior to detonation was predicted. The explosion results in a pressure wave causing serious injury to residents and damage to homes.

Homes within 540 feet of the blast were destroyed. The report said that eleven homes east of the proposed pipeline would be destroyed.

There report said there 366 homes and 927 residents within 1,500 feet of the blast would be at risk.

The report said the potential risk and threat to human and structural damage is exacerbated due to “vehicular access for Sunrise Hills, and Holy Glen residents because it is restricted to one road.

“If the rupture occurred near their access road, residents’ homes at the time would not have a means of escape by vehicle.

“Further, traffic would hinder evacuations as well as access by emergency vehicles even if the event was more distant from the road.

“In addition to residences, there are churches, schools and playgrounds within close proximity to the proposed pipeline,” the Stokes report said.

The report noted that an electrical substation at the entrance to Sunrise Hills “may be cause for concern” to the issue.

The report reviewed historical data from the U.S. Department of Transportation, Office of Pipeline Hazardous Material Safety Administration (PHMSA) that showed 4,424 significant natural gas pipeline incidents occurred in the U.S. between 2010 and 2016, for an average of 63 incidents per year.

According to the report “significant incidents” include the following conditions: fatality or injury requiring in patient hospitilization; $50,000 or more in total costs, measured in 1984 dollars; highly volatile liquid releases resulting in an unintentional fire or explosion.

The report also looked at the potential impacts on existing powerlines over head or buried near the pipeline; and storm sewer lines.

The ACP has encountered resistance from landowners and environmentalists out in West Virginia and now locally, who fear reduction of private property value, degradation of wetlands and drinking water.

Developers of the ACP have financially, legally and legislatively developed the project to its current status.

One effective weapon has been the use of eminent domain, according to environmental activists and politicians who have been summoned to help residents fight the ACP. This has allowed the acquiring of private and public land for public use, despite any resistance from residents affected.