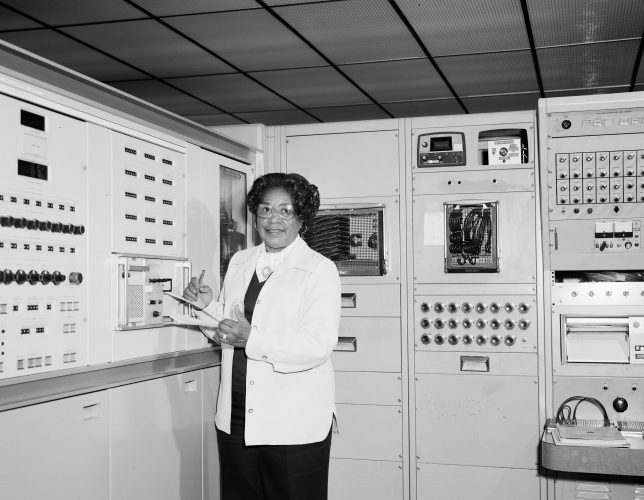 The Olde Hampton neighborhood center will be named after Mary Jackson, a Hampton native and one of the first women of color to work at NASA Langley.

Dozens recently attended a Hampton City Council meeting for the renaming of the $3.5 million Olde Hampton neighborhood center. Hampton City Council voted unanimously on March 14 to name the center after Johnson, according to news reports. The Mary Jackson Center will replace the original old Hampton neighborhood center that was at 201 Lincoln Street.

Last July, members of Local 8888 of the United Steelworkers lobbied the City Council to have a public place named for Jackson, who died in 2005, grew up in Olde Hampton, and was a science education advocate.

Some members of Jackson’s sorority Alpha Kappa Alpha attended the recent meeting to pay tribute to the pioneering engineer, whose life was featured in the book and movie “Hidden Figures,” by Hampton native Margot Lee Shetterly.

Local officials and neighborhood citizen groups are finalizing the types of programs that will be featured at the center, according to news reports. The city is also seeking to hire a firm for the building design.

Vice Mayor Linda Curtis said there is not a set location for the new Mary Jackson Neighborhood Center.

The original Olde Hampton Neighborhood Center, located in Grant Park, closed in 2015 because the building was deteriorated. In previous years, City Council had allocated $3.5 million in its capital improvement budget to construct a neighborhood center.

The Olde Hampton Neighborhood Network Center opened in early 2016 at 125 Franklin St. and serves as the temporary center.

Jackson, a 1942 Hampton University graduate was one of NASA’s first engineers of color in 1958. She retired as an aeronautical engineer 27 years later.

“She took in students from Hampton Institute,” said Dwight Kirk, media liaison for Local 8888. “She gave free lessons in math to people in neighborhoods whose parents couldn’t pay.”

According to her biography on the NASA website, in the 1970s, she helped the youngsters in the science club at Hampton’s King Street Community center build their own wind tunnel and use it to conduct experiments.

She served as the chair of one of the center’s annual United Way campaigns, was a Girl Scout troop leader for more than three decades, and a member of the National Technical Association (the oldest African-American technical organization in the United States).

She and her husband Levi had an open-door policy for young Langley recruits trying to gain their footing in a new town and a new career.