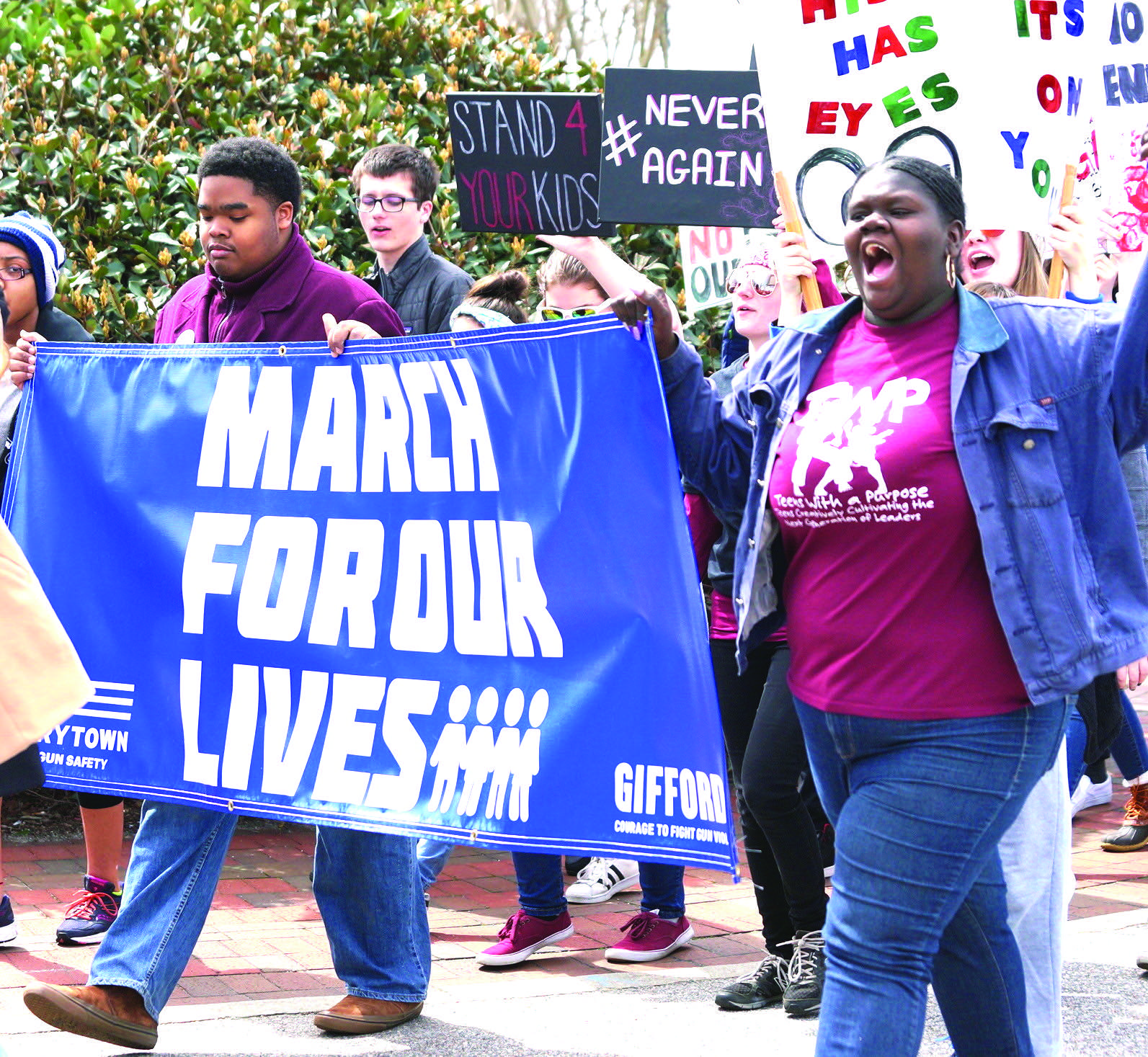 A crowd of roughly 3,000 people gathered in Town Point Park in Norfolk on Saturday (March 24) to protest school shootings and gun violence, while hundreds of thousands rallied in Washington, DC as part of the nationwide “March For Our Lives” protest.

Roughly 50 people demonstrated in Chesapeake at city hall. Sister marches were held around the state and the nation. Senator Tim Kaine joined the march at the state capital in Richmond.

In speeches before the Norfolk march, students called for more mental health funding, more “common sense” gun laws, mandatory background checks, and a ban on high-capacity gun clips and weapons like the AR-15. The marchers carried colorful and thoughtful signs which echoed their issues and concerns. They also chanted as the march started down Main St, turned left down Granby St, and snaked back to Town Point Park.

Student marchers said they would keep politically active until they reached voting age and could oust politicians who did not make meaningful changes to gun laws.