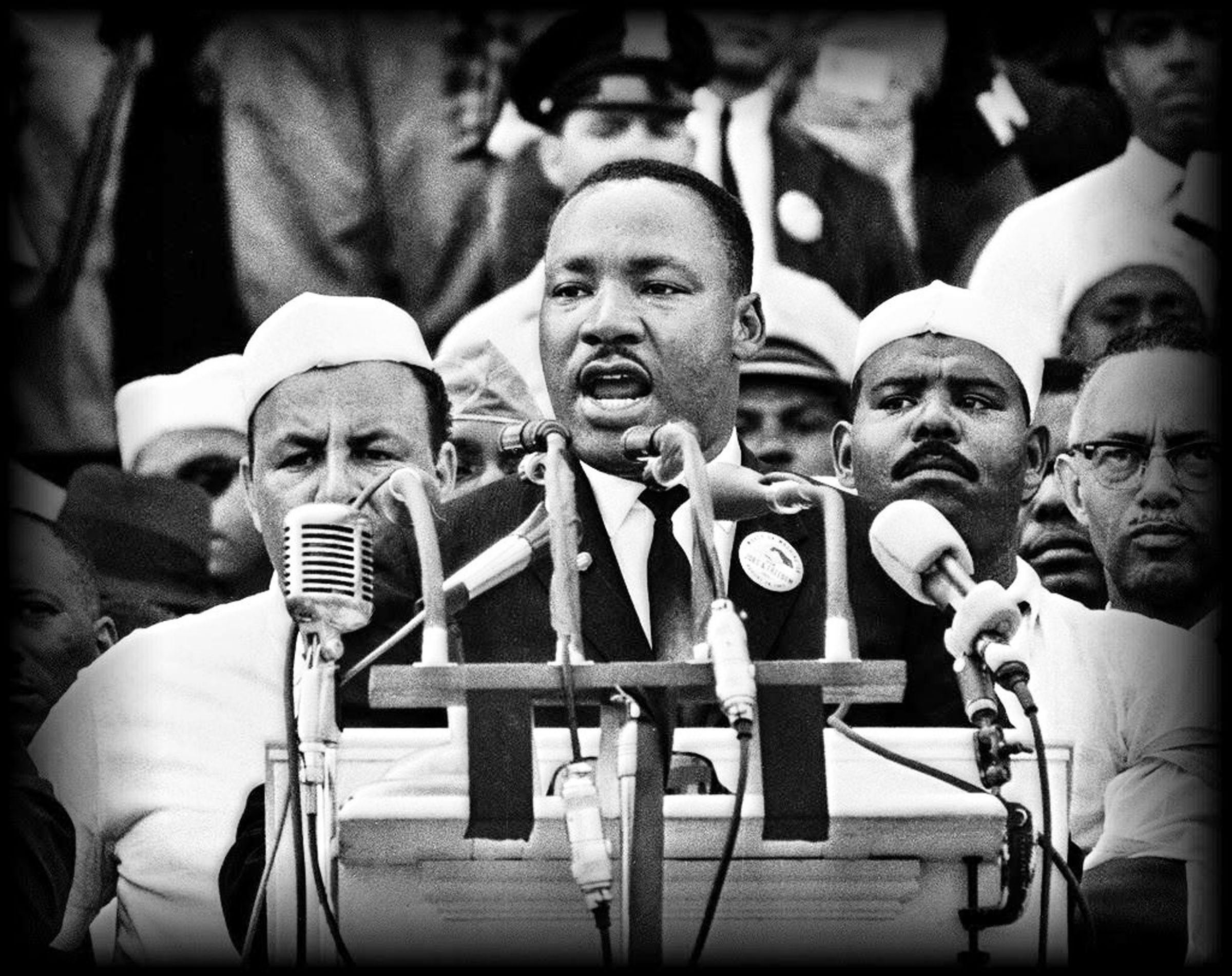 Fifty years after the death of Dr. Martin Luther King, Jr., we still call forth the “dream” he spoke of in his famous “I Have A Dream” speech on August 28, 1963 in Washington, D.C.

The persons below responded to the question: “Do you think Dr. King’s dream of racial and economic equality for African Americans has been achieved?”

Joe Dillard, President of the Norfolk NAACP; Member of NRHA Board:

“Dr. King said ‘Sunday, at noon, is still the most segregated hour in America.’ The statement still stands today. Neighborhoods are still segregated and African-Americans still have a lower median income than Whites and Asians.”

“MLK’s Dream lives on and much has been accomplished by the pioneers in the civil rights movement to impact education, housing and economics in our communities. They have started the team race, and we are the second leg to making the MLK Dream flourish.”

“We advanced pretty well in the 70s and 80s. But then someone realized that we came to those jobs we’d never had before with as much smarts as the White men who tried to keep them as a private privilege.”

“So then came the 90s’ ‘hidden’ racism with re-structuring of jobs and schools, etc. Systems were changed because we not only had some idea of what the rules were but our feelings of excellence exceeded what they required of themselves. So now new rules and systems were designed, especially in education, to set us back. The pipeline to prison being one idea and the ‘charter’ schools another.”

“We practiced and were demanded to achieve excellence by our parents and teachers during segregation. My belief is that White communities decided ‘Okay, if they want equality, we’ll give them the equal opportunity to fail.’”

“It is an ideal that we aspire to. Hopefully each generation will get closer to living out the ideal, but I don’t think that we will ever obtain it.”

“It is the dream of All American citizens for basic inalienable rights.”

“I joined the social justice movement on the day that a tragic event interrupted my hopscotch game on my grandmother’s sidewalk in Newport News.”

“Surprised by what I saw on TV, my grandmother simply said ‘remember he said he may not get there with us.’”

“… (M)y political consciousness was formed when I recognized that I was a part of the ‘us’ that Martin Luther King spoke about in the movement. Racial equality has taken a step back.”

“I would agree that it has come to reality. I will say that I‘m not so sure the end result was what he meant, but at least we‘re on a better track than we were.”

“There’s no question African-Americans have significantly progressed over the last few decades; we have more educational opportunities; many of us own property and huge investments; and we elected our first Black president who served two amazing terms.”

“We have made amazing progression toward equality, but we’re still a very long way from the mountaintop that Dr. King dreamed about.”

“Black professionals still earn less than their white, less educated counterparts; we still experience institutional racism and many of our children are still being left behind.”

“I do not believe that Dr. King‘s dream of racial equality has become a reality. I believe we are indeed closer in an open perspective but underneath the veil of life and our society, there is still a perspective that people of color are not equal. This inequality drips out with the epidemic of Black men killed by police officers.”

“It drips out of the action, inaction, words and deeds of politicians at every level, including now, the White House. It drips out with policies, procedures and the adjudication of such in our courtrooms, our school houses and places where economic resourcing is decided.”

“And, it is parallel in existence with raised hands and shouts of praise and worship in mainstream houses of worship. So, as one older gentlemen said to me recently, ‘Slavery did a job on us.’”

“If you had asked me this question two years ago, I would have said we hadn‘t reached his expectation of racial equality, but we were moving forward. After the election of Trump, I have seen a marked move backward. The reversal by the justice department on voting rights and sentencing guidelines. Example: Ferguson, MO no longer has to comply with the justice department findings.”

“There is inequality; as many of us are killed daily. Equality will only come by God. Pray for lost people in this place and since the beginning of this nation’s founding.”

“There have been many improvements made since Martin Luther King‘s journey to equality. However, our society is not quite there yet.”

“Yes, Obama became president, but that does not mean racial issues, poverty, violence and intolerance don’t exist any longer. There is still systematic and institutional racism built in our nation.”

“No! Not economically because of the continued discrimination in housing, lending practices, racism and police brutally murdering our people.”

“What is very clear is that our only progress has been cosmetic. Douglass, (W.E.B.) DuBois, (Rosa) Parks, King and others have put people of color in a position to create tolerance, but until laws are changed to correct structure of economic, social and criminal injustice, we will not be equal.”

“No!, it has not been achieved. As a nation, we have made numerous strides. However, Black folks are still struggling to ensure their school-aged children get a quality education. Children of color are expelled at a disproportionate rate compared to white kids.”

Discrimination in the workplace still runs rampant and it is still difficult for minorities to get promoted and earn the same as a white counterpart. We still have a lot of work to do!”

“I do not think Dr. King‘s dream of racial equality has become a reality. Looking at the state of racial issues is a clear indication that the dream for African-Americans is more like a nightmare.”

“Voter suppression, racial tensions, the killing of unarmed African-Americans (children, men and women) by law enforcement officers and they are not charged even when the evidence shows excessive force.”

“It is frustrating for us as a people to have to be dealing with these issues thought to have been resolved a half century or so ago. Simply put, the struggle for racial equality in America continues.”

“Economic opportunities have increased, but I don’t believe racial harmony will ever be achieved. The country was built on a sense of white nationalism, and that means people of color will always have to fight for things most Caucasians take for granted.”

“White people, in general, have come a long way. However, I suspected the election of a Black president would bring racists to their most evil. Additionally, President Trump has given them the green light to not hide their racist behaviors, i.e. Charlottesville, to the forefront.”

“Racist white people are still with us. Trump got elected because the racists came out in droves to vote. Almost like payback.”

“Sadly, Dr. King’s dream of racial equality has not been realized. As long as unarmed African-American males continue to be shot down in the streets by police, Black and Brown children attend inferior schools, job applicants are profiled and dismissed based on ethnic names, and minority neighborhoods are redlined and mortgages denied, we continue to have racial inequality.”

And it’s not about laws … it’s about changing hearts and minds. Until that happens, Dr. King’s dream is just that … a dream.”

“I believe Dr. King’s Dream has moved us closer to some racial equality, but we have a long way to go. Since 1968 we have seen great gains in the African-American community, many firsts and even more opportunities for educational and career advancements, just to name a few.”

However, we have also seen a reemergence of racial hate, increased gaps in the socio-economic wealth and opportunity, funding disparities in our public schools, higher incarceration rates among African Americans, and so much more.”

“Like Dr. King said, ‘The time is always right to do what is right.’ So, I challenge others to look at 2018 as a time to do what’s right to further the ideals of Dr. King’s Dream and to make our world more inclusive, more tolerant, more equitable, and a loving place for all.”

“I think that it’s been a lot of progress made. But it is still not complete. In lots of areas, we need to know what was said and done in the past. A lot of people do not understand the purpose of the Civil Rights Movement, so its meaning is not being applied to helping people fulfill what Dr. King worked to achieve.”

“On the 50th anniversary of Dr. King’s assassination, his dream of racial equality is still, in the words of Langston Hughes, ‘a dream deferred’ for far too many African-Americans. In communities around our region and across the country, we still find significant income and wealth gaps between African-Americans and white citizens.”

“In many communities, we find well-funded efforts to block or reduce African-American voting power at the polls.”

“We still find too many of our children reaching Kindergarten without quality early education thus adding to the achievement gap we see in our schools.”

“Lastly and probably most disturbing, we find our country being led by an administration that openly wants to take our country backwards by giving voice to those who promote hatred, bigotry, sexism and white supremacy.”