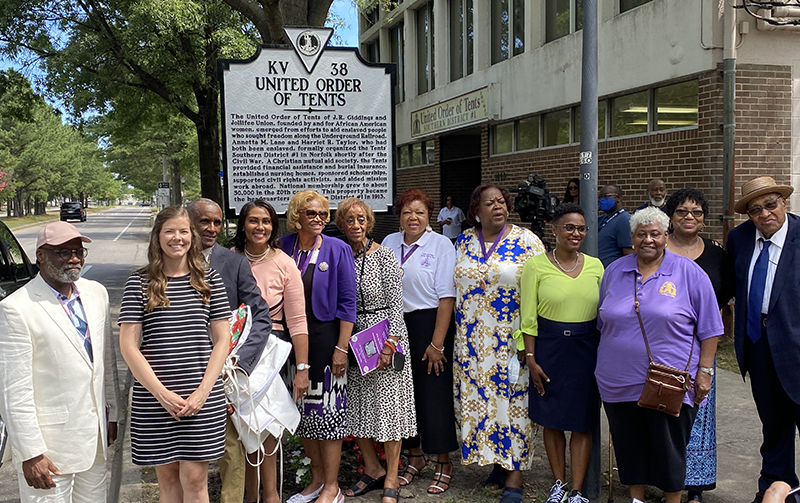 NORFOLK
Over a century and a half (1867) after the United Order of Tents found a home in Norfolk, the organization was honored with the placement of a Historic Marker in front of its headquarters at 1620 Church Street. The Virginia Department of Historic Resources (VDHR), in conjunction with the Tents and local preservationists, made the occurrence possible.

The Tents found a home In Norfolk, thanks to its two formerly enslaved founders of the group, Annette Lane and Harriet R. Taylor. They sought to do so in New York and Philadelphia via incorporation. But because they were Black women and had no legal standing, they could not.

The two women ended up in Norfolk and set up their organization and the state of Virginia officially incorporated them for operation in 1887, making them one of the nation’s oldest Black-owned and operated service organizations.

The United Order of Tents, a Christian mutual aid society, provided shelter and financial and social assistance to Black individuals and families newly freed after the Civil War. Over the course of its existence, the Tents, who still operate, have established nursing homes. sponsored scholarships, supported civil rights activists, and aided mission work abroad. National membership grew to about 50,000 in the 20th century. The Church Street property became the headquarters of the Southern District #1 in 1913.