NORFOLK
The family of missing 4-year old Codi Bigsby is offering a $25,000 reward for information leading to finding the toddler or the arrest and prosecution of whoever took him. The announcement was made at a press conference on Friday July 8 at the office of attorney Amina Matheny-Willard.

The Bigsby famiy and their attorney allege that the Hampton Police Department and the Commonwealth Attorney’s Office have mishandled the case from the very beginning and have violated the constitutional rights of the missing boy’s father Cory Bigsby since he first reported his son disappearance in January.

Matheny-Willard asserted that when Cory Bigsby would not confess to the police about having a role in his son’s disappearance, the Commonwealth Attorney overcharged Bigsby in court with felonies. She pointed out that Bigsby had 7 charges in General District Court, then 23 additional charges were added in Circuit Court for a total of 30 charges, which carry a penalty of 117 years.

The Bigsby family warned against contributing to fake GoFundMe pages and they thanked the volunteers who have assisted the family.

NORFOLK
The 2022 Spartan Golf Tournament sponsored by the NSU Athletics Foundation and NSU Athletics takes place Friday July 29, 2022 at Bide-a-Wee Golf Course in Portsmouth. The golf tournament will begin with a shotgun start at 9:00 a.m. A continental breakfast will be provided, followed by lunch, and an awards program.

NSU and VSU Among 10 Virginia Colleges To Freeze Tuition

PETERSBURG
Virginia State in Petersburg and Norfolk State University are two of 10 state colleges that will not increase tuition costs this academic year for in-state undergraduates. The move came after Gov. Glenn Youngkin urged schools to freeze tuition rates and lighten the burden on college students and their families.

Kevin Hart Is Coming to Norfolk

NORFOLK
It’s not clear if Kevin Hart will sort through the controversial Will Smith and Chris Rock squabble when he performs in Norfolk at Chrysler Hall, on Aug. 21, from 7 p.m. to 11 p.m.

While Rock has said in some of his latest stand-up routines that he’s gotten most of his hearing back since Smith slapped him, he said he will not talk in-depth about the matter until he makes a special for Netflix.“Don’t expect me to talk about the bulls–t. I’ll talk about it at some point — on Netflix. Your tickets were expensive, but not that expensive.” 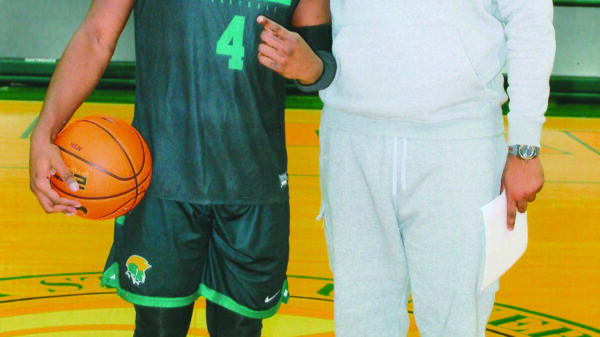