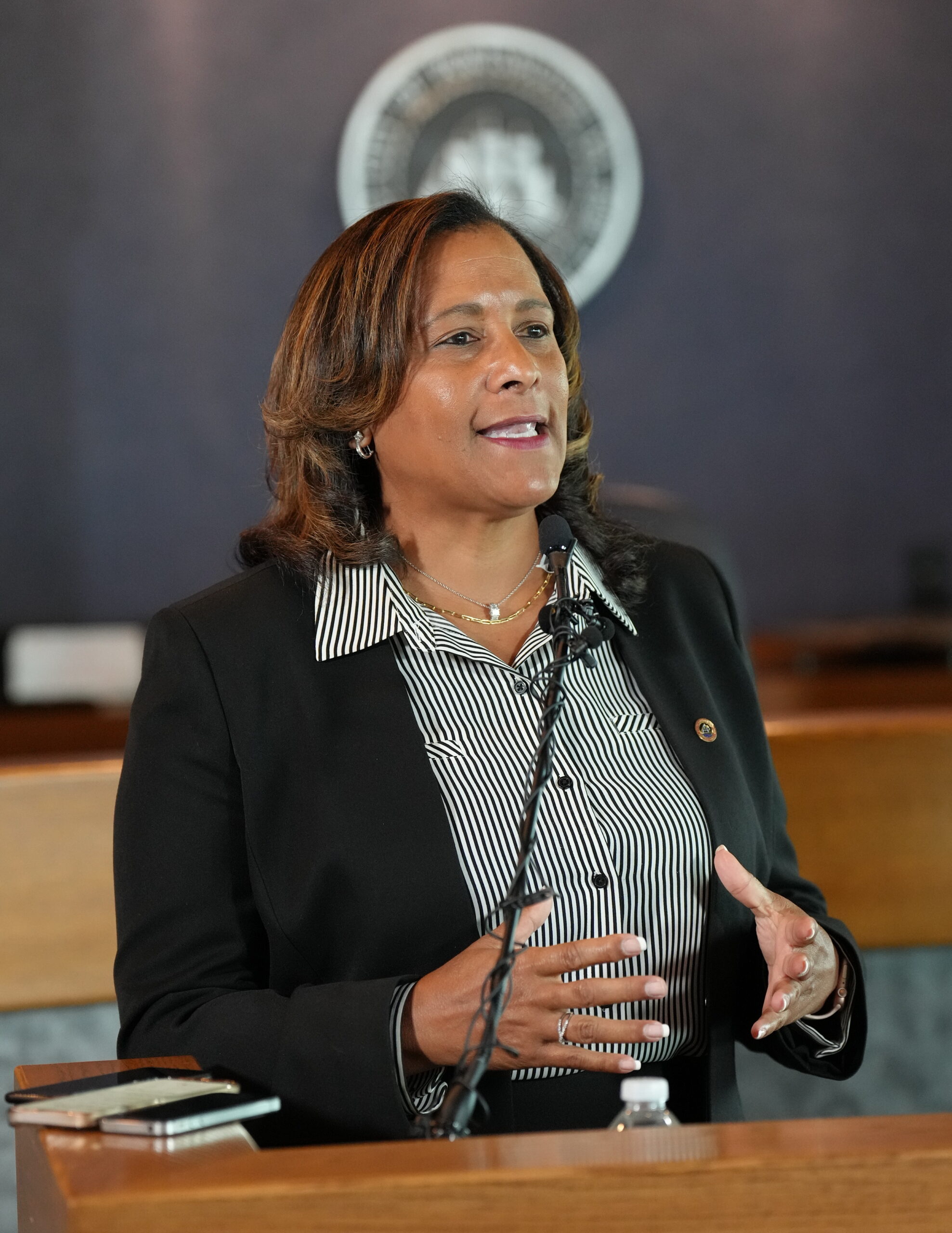 PORTSMOUTH
Newly minted Portsmouth City Manager and former police chief Tonya Chapman held her first press conference on Thursday (July 14) to lay out her qualifications for the job of city manager, dispel rumors circulating about her character, and to outline her goals for the city’s future, with a major emphasis on crime reduction and prevention.

Chapman’s recent surprise hiring as city manager, by a split 4-3 vote amongst city council members, drew new public attention when she fired Portsmouth Police Chief Renaldo Prince three days into her position. Chief Prince was asked to resign by Chapman because of a text message accidentally sent to her by Prince which was critical of Chapman’s leadership, according to an interview conducted by Prince with a local media outlet.

At the press conference, Chapman listed her qualifications for the job with references to her earning several master’s degrees in public administration and business administration from Virginia Tech and a graduate certificate in Homeland Security. Chapman is also working on a doctorate degree in Philosophy and is taking courses toward earning a certificate in inclusion and diversity.

Chapman addressed several rumors circulating about her time as police chief (2016-2019), including that she failed to intervene in a robbery at an unnamed store in which she was shopping at the time. Chapman said that she was off-duty and was unaware that a crime was taking place. She also addressed a rumor that she had an inappropriate relationship with a police department employee while serving as chief. Chapman called the rumor “unequivocally false.” Chapman also denied that she had been given a “hit list” of city department heads to fire. Chapman discussed her plans for the city’s future and highlighted some of her plans to bring down the city’s crime rate. One plan she detailed is a new initiative called “Roc the Block” in which public safety officials and staff from all city departments will visit high-crime neighborhoods and discuss residents concerns at community meetings. Chapman said that she is “blocking out the noise” that may seek to distract her from the important job at hand and will focus on the work ahead of her.