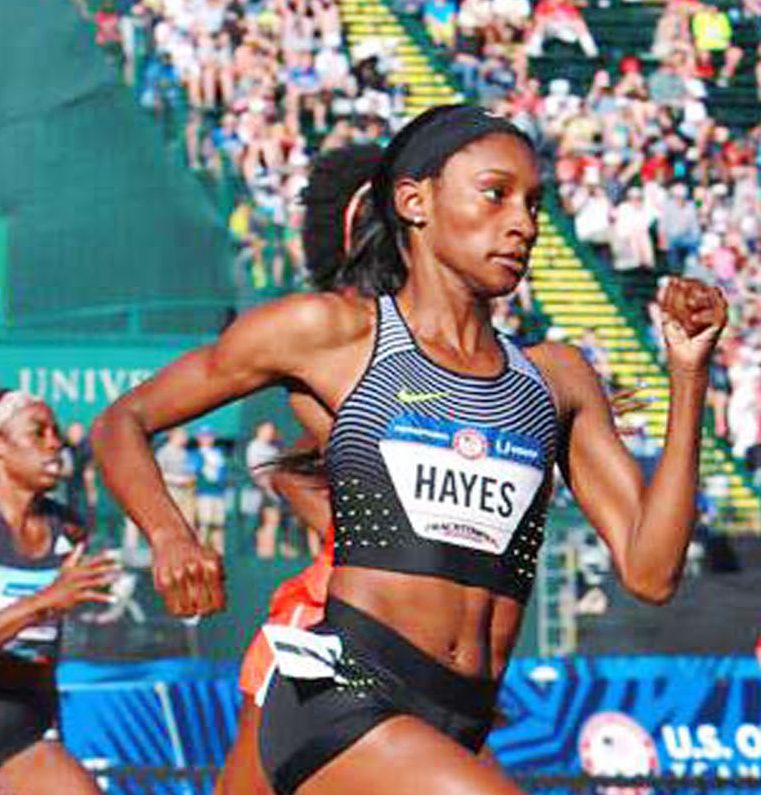 Many people think the toughest place to finish in the Olympic Trials is fourth, which means you just miss a spot on the three-person team that goes to the Games.

But coming in last can be equally devastating. That is where Quanera Hayes was a year ago, crossing the finish line in the 400 meters in last place at the 2016 U.S. Olympic Trials and having to watch as her rivals celebrated qualifying for the Rio Games.

Today, though, Hayes is the envy of every quarter-miler in the nation. Not only did the 25-year-old Livingstone product win the 400 at the 2017 U.S.A. Track and Field Outdoor Championship last Saturday in Sacramento, Calif., she posted the fastest time in the event in the world so far this season and her personal best, at 49.72 seconds. The 25-year-old’s winning time beat Olympic champion Shaunae Miller-Zibo’s season best of 49.77 set in the Shanghai Diamond League meeting in May. It also puts her in prime contention for a medal at the upcoming world championships, which begin Aug. 4 in London.

Hayes was the U.S. leader in the event in 2017 and owned the race from start to finish. The win earns her first USATF Outdoor title, adding to her indoor hardware from last year.

“It’s really a blessing, I’m thankful for everyone in my corner,” Hayes told Excelle Sports.

“My main thing is to stay healthy. I can’t hold back now that I made the team—it’s my chance to give my best. I was just able to stay strong and keep my form and not break down. I really just wanted to run my race and not think about placing. It’s just a blessing to be here.”

As overwhelmed as Hayes is about making the world outdoor team, she is no stranger to world championships: At the 2016 world indoor championships in Portland, Ore., she picked up a bronze medal in the 400 and a gold in the 4×400-meter relay. But that early-season success last year didn’t translate to an Olympic team months later when the Trials were held in June.

This year, though, Hayes says things are different.

“I’ve been hurt for the past six years, and this is my first year being completely healthy,” Hayes said. “I knew if I could stay healthy, I would be the U.S. champion, so it’s all up from here. Earlier in the season, I had to back off of training because I was starting to feel little aches, so we paid more close attention to my body.”

Hayes is one of very few national track champions who didn’t come from a Division I background. Instead, she clawed her way up the pro ranks from her days as Division II national champion at Livingstone, a 1,200-student Historically Black College in Salisbury, North Carolina.

Now Hayes, who is originally from South Carolina, is running past all of the sprinters who were highly recruited to Division I schools in the SEC and Pac-12.