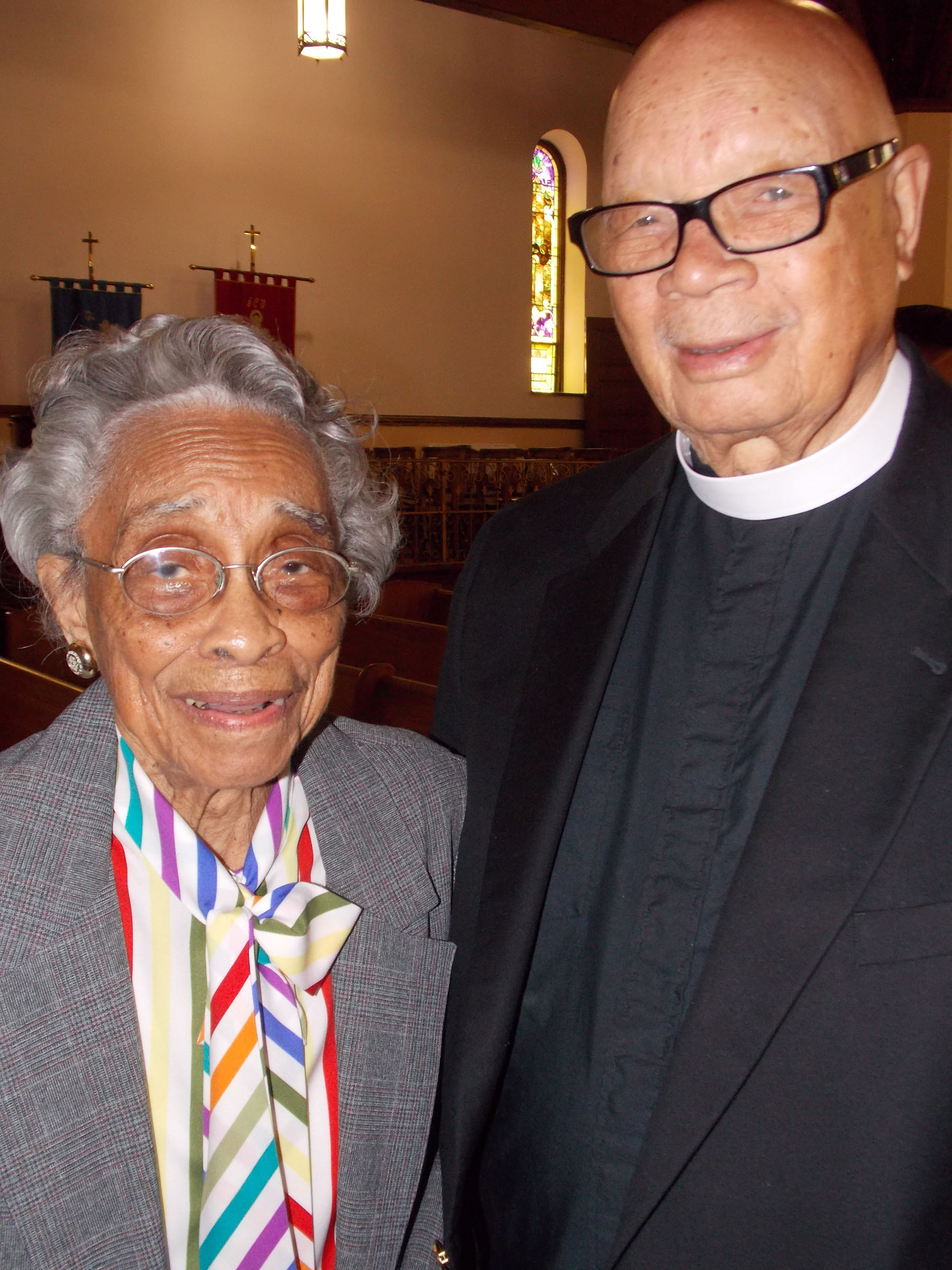 The 94-year-old Marian Edmonds, the Salutatorian of the Booker T. Washington Class of 1938 and a retired Norfolk Public Schools librarian, has been a church member 70+ years.
During that time, she has served as a Sunday school teacher, lay reader, chairman of the senior choir, president and treasurer of the Daughters of the King, treasurer of St. Doreathea’s Guild and too many other positions to mention.

The church dubbed Edmonds “a legend” on the bulletin board and members frequently call her “The Bishop” for “her unwavering propensity for guiding and following Episcopal protocol.” Judging by the number embraces and loving words displayed at the reception, Marian Edmonds is a much loved “legend.” The daughter of William and Susie Miller, Marian grew up in the Huntersville section of Norfolk. Her grandfather was one of two African-American vendors at the old Norfolk City Market.

Marian lived just around the corner from the legendary Samuel Dewitt Proctor, president of two colleges (Virginia Union and North Carolina A &T) and later the pastor of Abyssinian Baptist Church in Harlem, and the late Evelyn Harris, Marian’s best friend for 88 years and the Booker T. Valedictorian in 1938. Marian and Evelyn performed in the Booker T. Choir at the dedication of Foreman Field in the mid-thirties. This celebration was a surprise party and Marian never saw it coming.

“This just came out of the blue. I had no idea,” she confided to a friend at the reception. “Sure the children were here, but they always visit. I simply had no idea.”
During the reception, her daughter Pat Williams sat beside Marian on the dais. To Williams’ right were Marian’s great grandchildren and her grandson James Williams, a United States Marine Master Sergeant with 20+ years of service.

“I thought that this was amazing. Mother has been so involved in Grace for so long,” said her daughter Pat while smiling and shaking her head. “It’s just so wonderful.”
While his mother spoke, her son James just looked at his grandmother. “I still think back to the stories that my grandmother told me as a child. I tell those same stories to my girls,” said Master Sergeant Williams between smiles. As his smile widened, James got up to hug his grandmother one more time.