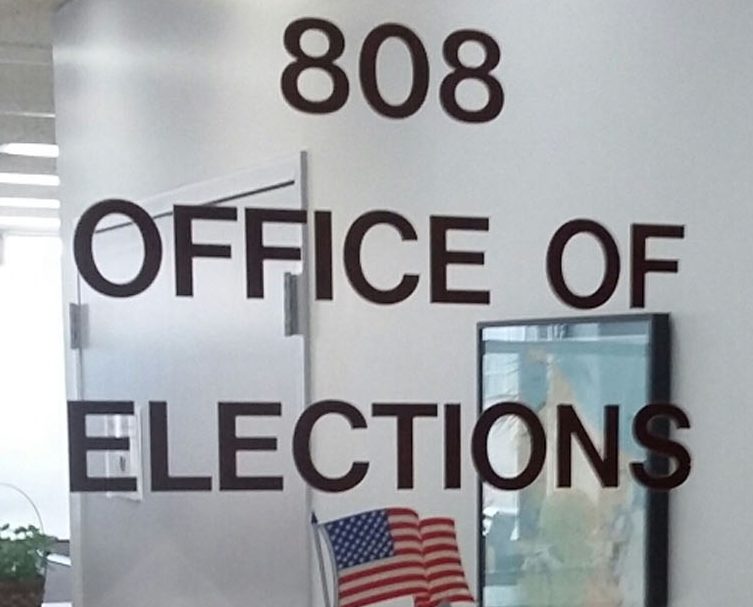 On April 22, Virginia Governor Terry McAuliffe signed an executive order to restore the voting rights of more than 200,000 felons, which has been applauded by activists around the state and nation. McAuliffe’s order states that convicted felons who have served their sentences and completed parole and probation will immediately regain the right to vote. The order applies to nonviolent and violent offenders, including people convicted of murder and rape. To cover individuals who complete their sentences in the future, Gov. McAuliffe directed the Secretary of the Commonwealth to prepare a similar order each month.

Many of the so-called violent offenses were related to selling or distributing illicit drugs not imposing physical harm on another individual. The Governor’s order shifts them into the non-violent category. “It is time to cast off Virginia’s troubled history of injustice and embrace an honest, clean process for restoring the rights of these men and women,” said McAuliffe said before 100 people on the steps of the state capital, many of whom will benefit from his order.

James Bailey of Virginia Cares, a group which has a long history of working to restore rights, said he was pleased and surprised. Bailey told the Guide he heard about the Governor’s press conference a day before he announced. “But I thought he was just going to brag about the 75,000 people who had already had their rights restored,” said Bailey. “So I was not excited. And I did not attend.”

“Now I wish I had because this is a very historic moment,” said Bailey. “I was very surprised at the 200,000 people. But there are over 400,000 people who do not have their rights. But this is a good start. I applaud the governor.” State Delegate Lionell Spruill said he can attribute this moment to two people: the late Rev. Jake Manley and the late state Senator Yvonne B. Miller.

Spruill said Rev. Manley, who was the senior pastor at Bethany Baptist Church in Chesapeake, had a social ministry called Showers of Blessings which worked to help ex-felons get their rights back, starting the early 90s. He said Senator Miller, before he was elected to the House of Delegates in 1994, sponsored bills calling for making the restoration process easier and more inclusive.

“Last Sunday I spoke at Bethany Baptist Church about how Rev. Manley was one of the first pastors to offer such help for felons,” said Spruill. “The Governor stepped up to the plate instead of going through the regular process; he did them all.” Both Bailey and Spruill said that McAuliffe’s Executive Order only stands during his tenure as Governor and if the next politician who gets elected governor does not support the order, he or she could shut it down.

Kevin Parks is the Program Director for the Second Chances Program which is now under the umbrella of the Garden of Hope Ministry of the Gethsemane Community Fellowship in Norfolk, serves about 300 plus people a year. The program is designed to help individuals recently released from state prisons to regain a footing in their community with various support services.

“This is awesome,” said Parks. “I think about 90 percent of our customers would greatly benefit from what the Governor has done. Many of the people have petitioned for years to get their rights restored and the Governor has removed most of the barriers now.” Parks said his organization has been working with the Norfolk City Registrar to hash out a strategy to promote and educate people who are eligible to participate in the program, in signing up for it.

While voting rights activists applauded the Governor’s move, Republicans have tried to throw water on it, especially those in the state legislature.
They are accusing McAuliffe of seeking to help his party by creating a potential new pool of voters who are disproportionately African-American and therefore likelier to vote Democratic.

Both Democrats and Republicans will be fighting for the White House in November. McAuliffe’s “decision to issue a blanket restoration, without regard to the nature of the crimes committed, doesn’t speak of mercy,” said John Whitbeck, chairman of the Virginia GOP. “Rather, it speaks of political opportunism.” Roy Perry-Bey, an activist and leader of the United Front for Justice, said he last time he could vote was for Jesse Jackson during the Democratic primaries in 1986.

Because he is a convicted felon, he has never voted in Virginia. He said that there are about 22 million Americans who cannot vote for various reasons, including incarceration.
“We are proud of the Governor,” said Perry-Bey. “We have been working on this for 30 years. You cannot have a true democracy unless all of the people can vote which is not a privilege but a right in this country.”

According to the Sentencing Project, Virginia is one of 12 states that restrict the voting rights of felons even after they have served their time in prison and are no longer on probation or parole. About 5.85 million Americans, most of them poor and Black, are not allowed to vote because of these strict policies. More than 1 in 5 African-American adults is disenfranchised, according to the group. Since the 1990s, the trend has been to loosen such restrictions and make the restoration of rights easier

Important Questions About The Executive Order

1. What rights are being restored?

Individuals’ civil rights are restored– the right to vote, serve on a jury, run for office, and become a notary public.

2. Who has had their rights restored?

Anyone who has been convicted of a felony and has completed the terms of incarceration for any and all felony convictions and been released from supervised probation or parole.

3. How many people were affected by the April 22 order?

Approximately 206,000 individuals had their rights restored as a result of the Governor’s order.
4. Is restoration of rights now automatic for people who are convicted in the future?

No. The April 22nd order does not create automatic rights restoration. The order only restores the rights of individuals who are eligible as of April 22nd. Going forward, the Governor will continue to review eligibility and restore rights on an ongoing basis. Individuals can always check their status on the Secretary of Commonwealth’s website:
www.commonwealth.virginia.gov/ror

5. Does the April 22nd order only apply to individuals convicted of certain crimes?

No, the order applies to all Virginians who have been convicted of any felony and have completed the terms of their sentence and been released from supervised probation or parole.

7. How can I confirm my rights have been restored?

Individuals can check their status on the Secretary of Commonwealth’s website: www.commonwealth.virginia.gov/ror

8. Will I receive an official grant order?

9. What is the proof that my rights have been restored?

The April 22nd order is proof that your rights have been restored. Individuals can also check their status on the Secretary of Commonwealth’s website: www.commonwealth.virginia.gov/ror. Individual grant orders are available upon request

For more information about the Restoration Order, go to https://commonwealth.virginia.gov/judicial-system/restoration-of-rights/