TriceEdneyWire.com
We all have heard about WikiLeaks and Russian interference in the 2016 election. The report of Special Counsel Robert Mueller has once more put that on the front pages.

Too often lost in the furor, however, is the far more damaging TrikiLeaks – the tricks and laws used to suppress the vote by partisans, largely Republicans here at home. After the Supreme Court’s right-wing gang of five gutted key sections of the Voting Rights Act in Shelby v. Holder, Republican-controlled states immediately ramped up efforts to create obstacles for voting, particularly for people of color.

In some cases, as in North Carolina, their discriminatory intent was so public that the laws were overturned in federal court, but in most places, the new barriers were in place in 2016. Did it make a difference? Voting rights expert Ari Berman says, “absolutely.”

Overall 14 states had new restrictions in place, passed since the Shelby decision. Look at Wisconsin. Trump won by 22,000 votes. In Wisconsin, 300,000 African-American voters didn’t have the newly required strict photo ID. Black voter turnout in Milwaukee declined by 51,000 votes from 2012, while as Lawyers Committee President Kristen Clarke noted, voter turnout rates were depressed across the state. Now we’re headed into 2020.

Republican bastions like Texas, Tennessee and Arizona witnessed surges of Democratic support in 2018. Not surprisingly, they are launching new efforts to suppress the vote. In Texas, the secretary of state announced a plan to purge 95,000 people from the voter rolls because they weren’t citizens.

Independent research then demonstrated that in Harris County, which includes Houston, 60 percent of the 30,000 people on the list had received citizenship long ago. Some of the supposed research was 25 years old. Once more citizens had to go to court to try to stop the suppression.

In Texas, state lawmakers are also moving to add criminal penalties for people who improperly fill out voter registration forms, an effort to intimidate nonprofit groups that work to register people to vote. In Arizona, Republicans are making it harder to cast an early ballot. In Tennessee, GOP lawmakers are pushing legislation to fine voter registration groups that submit incomplete forms, even by mistake, up to $10,000.

Tequila Johnson, co-founder of the Equity Alliance that focuses on registering people of color, called them out: “We have never seen a bill like this on the floor, until we dared to register 86,000 Black and brown people to vote. This screams racism.” Much, much more attention should be paid to this battle.

Happily, the new Democratic majority in the House of Representatives has made voting rights a priority. Rep. Elijah Cummings (D-MD.), chair of the House Oversight Committee, has launched an investigation of voter suppression in Georgia in 2018, where the victor, Brian Kemp, oversaw the election as secretary state.

And, as Cummings detailed, 1.4 million people were purged from the voting rolls from 2012 to 2016, 53,000 – 80 percent of them people of color – had their registrations put on hold; 214 polling places were shuttered, contributing to lines of more than four hours in heavily Black precincts. Some states, happily, are moving to make voting easier and more accessible.

Florida citizens passed a historic referendum restoring the right to vote for felons who have paid their debt to society. (Now, Republicans in the legislature are trying to undermine that initiative). Automatic Voting Registration laws have passed in several states.

More states are providing longer times for early voting, adding voting booths to reduce long lines and more. Cases to rollback partisan gerrymandering have been successful in federal courts – and now are headed to the Supreme Court. The Brennan Center reports that bills that expand voting rights have seen some movement in 35 states, while those restricting rights have moved in 10 states.

What’s clear is that interference with our elections and with the right to vote will come far more from the efforts of domestic politicians than it will come from whatever mischief the Russians plan.

It is revealing that the Trump White House has little to say about Russians. It is even more telling that the Justice Department is absent without leave in the fight against voter suppression at home. The right to vote – the most basic right of a democracy – is still contested in too many states – and must be fought, state by state, by citizens of conscience. 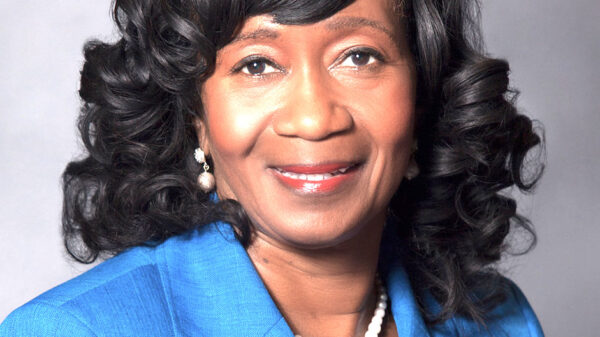 By Leonard E. Colvin Chief Reporter New Journal and Guide The Republican “red wave” where the GOP would take over the U.S. House, Senate,...