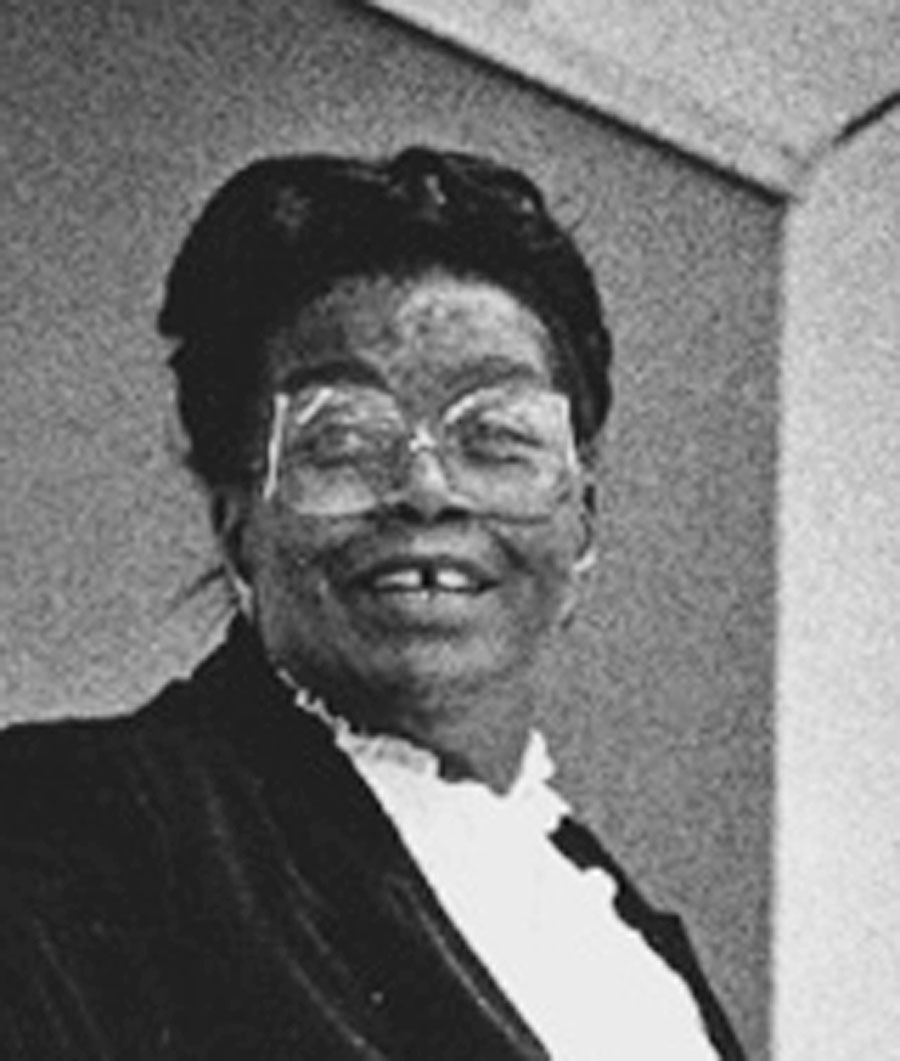 Evelyn Thomas Butts had few reasons to set the bar high, since adversity seemed to dog her every step.
For example, her mother died when she was about 10. She went to live with an aunt who had an interest in politics, according to Encyclopedia Virginia. In high school she dropped out in the tenth grade. At age 17 she married World War II veteran Charlie Herbert Butts on Sept. 7, 1941.


After serving in the U.S. Army from 1939-1945, her husband worked at the Norfolk Naval Air Station but was disabled by a wartime injury. She and her husband had three daughters. They lived on his pension, took in boarders, and she became a seamstress.
Yet history smiles on Butts, who was born in 1924. Although she was a near orphan, a high-school dropout, teen mother, and the wife of a disabled veteran, she filed the first suit in federal court that sought to have the poll tax declared unconstitutional. The poll tax, she argued, unfairly burdened voters of color and it violated the 14th Amendment’s Equal Protection Clause.

In 1966, the Supreme Court ruled in her favor.
Of the historic ruling, Butts said in an interview in the Virginian-Pilot on March 25, 1966, “I was sewing this morning when a friend called me about the decision. I was very glad it was all over. It will help the state of Virginia to progress.”

“No, I don’t feel much different today,” said Butts who was a 41-year-old grandmother at the time. “All the decisions on civil rights make me feel better.”
Here, Butts’ ability to calmly manage adversity comes sharply into focus once again. Switching from seamstress to community advocate, in words, Butts told the Virginian-Pilot after the historic Supreme Court ruling was announced, “I think the impact will just be that we will have more registered voters. It will mean “better treatment for Negro voters.”
The point is Butts not only had a habit of raising the bar. To Butts, no setback was final. Although she was a self-employed mother, and the wife of a disabled veteran, she was also the plaintiff in the historic lawsuit that Attorney Joe Jordan handled for free. Due largely to Butts’ and Jordan’s tireless efforts, the Supreme Court decision ended the poll tax after more than 60 years.

But the favorable Supreme Court ruling came on the heels of an unsuccessful state suit that was overturned. She appealed to the Supreme Court. Then solicitor-general Thurgood Marshall took her case and the Court voted 6-3 in her favor to eliminate the poll tax in March of 1966.

Butts continued to make history. But did she continue to make history because she had long ago learned how to make peace with tension, strife, and risk-taking? The answer is obvious. Beginning in the 1950s, when Butts was in her 30s, she became president of the Oakwood Civic League. In that role, her efforts helped to establish Rosemont Middle School. To stop children in her neighborhood from having to ride a segregated school bus across town, she persuaded Norfolk to build Rosemont.

Despite numerous wins, Butts did not always prevail in adversarial situations. For example, she unsuccessfully ran for president of the NAACP in 1961, but withdrew at the last moment when it became clear that she would not be elected because she had a habit of being blunt, opinionated, and stridently vocal.
Aristotle once said, “There is only one way to avoid criticism: Do nothing, say nothing, and be nothing.”

Obviously this was not how Butts chose to manage tension, strife, and risk-taking. As a result, she succeeded more often than she failed. She is remembered for conducting voter registration campaigns in Norfolk, first in her own Oakwood neighborhood and then citywide.

And she co-founded the Concerned Citizens for Political Education, an influential political organization for people of color in Norfolk during the 1970s. Through registration drives, political education, endorsements, and working at the polls, the group in 1968 helped elect Joseph Jordan to Norfolk City Council, the first councilman of color. The group also helped elect the first person of color to represent Norfolk in the House of Delegates, Attorney William P. Robinson.

Ousted as chair of the Concerned Citizens group in June 1990, she remained active in the Democratic Party until late in the 1980s and attended both state and national conventions. Butts served on several local boards including the Norfolk Redevelopment and Housing Authority for 12 years beginning in 1975. The governor in 1982 appointed her to the State Board of Housing and Community Development. In 1989 the Norfolk and Portsmouth Bar Association presented her with its annual Liberty Bell Award for community service.
She received a lifetime achievement award from the Hampton Roads Black Media Professionals. Norfolk City Council renamed Elm Street in her honor in November 1995. She died at home at age 79 on March 11, 1993, and is buried in Forest Lawn Cemetery.

Go to www.thenewjournalandguide.com to view Mrs. Butts’ story on YouTube.