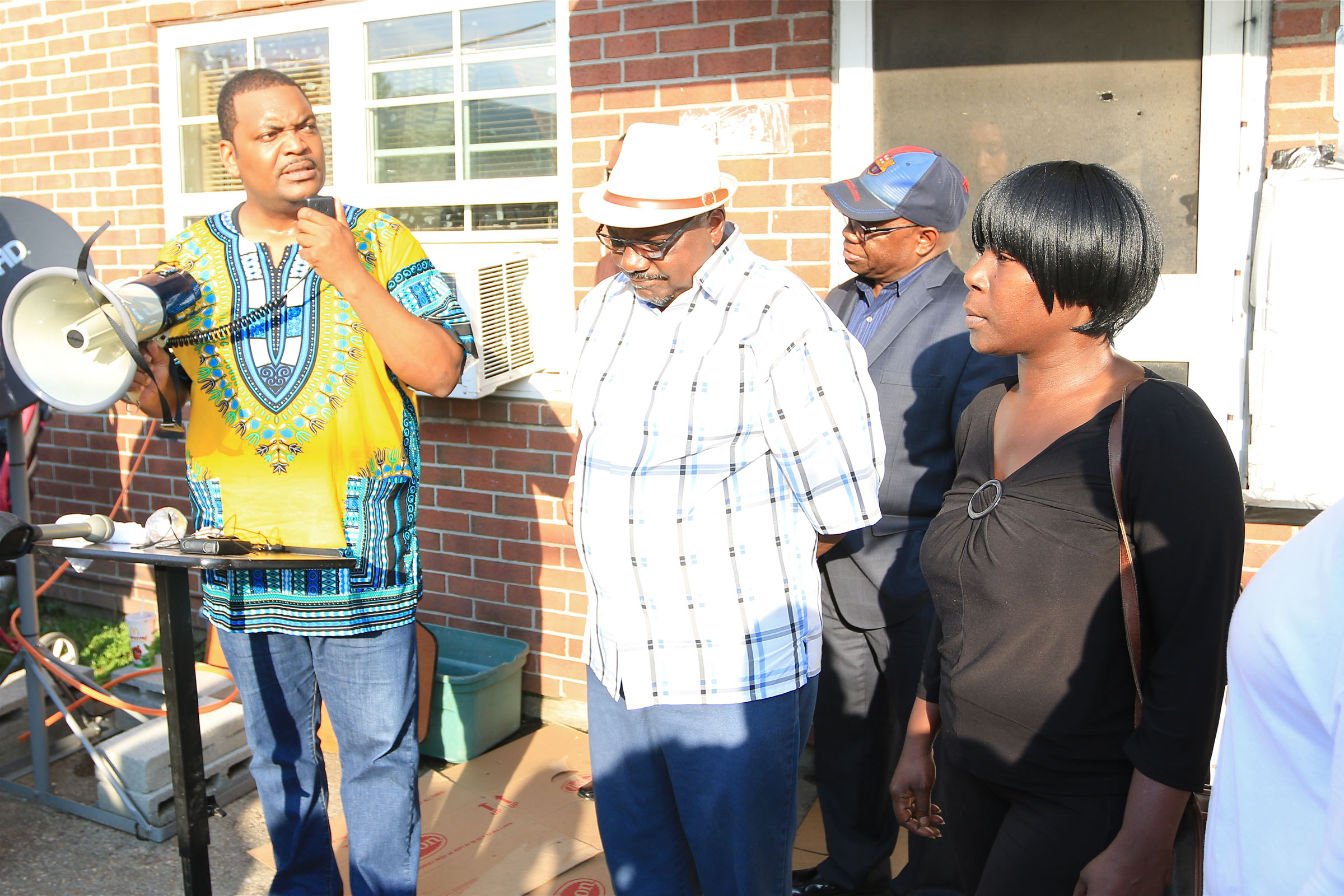 Norfolk City Councilman Paul Riddick and the leaders of the Norfolk Branch of the NAACP are supporting the idea of a federal investigation of the recent police shooting of Willie D. James in Tidewater Gardens, along with three other shootings since January, and others over the past six years. Riddick told the Guide that he is devising a plan to request that the U.S. Department of Justice (DOJ) investigate the shootings.

Riddick said once the DOJ gets involved, he hopes that the Federal Bureau of Investigation (FBI) will be ordered to conduct an intensive investigation of Norfolk Police Department (NPD) officers involved in deadly shootings of mostly mentally ill civilians. Riddick said he is working on enlisting the services of an attorney from outside the region’s legal community who would help in the investigation.

On Monday June 6, the Norfolk Branch NAACP released an official statement that it is requesting a full investigation into police-involved shootings since 2010 in the city of Norfolk by the FBI and, Norfolk NAACP President Joe Dillard wrote, “We further request the involvement of the United States Department of Justice.” Riddick and the NAACP are focusing on cases involving people who are mentally ill and were shot during encounters with police, including James, the fourth mentally ill man shot to death by NPD officers since 2010.

“I think enough is enough,” said Riddick, echoing a plea uttered a few weeks ago by Pastor Geoffrey Guns during a rally at a Norfolk church in Titustown in the wake of a rash of shooting in the Huntersville section of Norfolk. The phrase was uttered last Friday, as well, during a rally in support of justice for Willie James, the most recent person to die at the hands of NPD officers.

“I have talked to a lawyer outside the city because I know it would be hard to find one in the community,” said Riddick. “There is a fear that if a local one is used, things may get swept under the rug. We need a good strong civil rights attorney.” Riddick lashed out at Norfolk Police Chief Mike Goldsmith for his handling of the June 2 shooting of James at his sister’s home in Tidewater Gardens on Chapel Street and the ones which occurred in previous years.

A day after James was killed, Dillard, the President of the Norfolk NAACP, was invited by the police department to view images of the fatal incident that were captured by a police body camera. In his statement of June 6, the president said, “We have asked that the Norfolk Police share the content of the video with the family, in its entirety, as soon as possible.”
Riddick has been informed that members of council will be allowed to see the footage in the coming days.

NPD had offered to show the video to several Black ministers. But that plan was quashed by Norfolk City Manager Marcus Jones.
Mayor-Elect Kenneth C. Alexander advised NPD officials to release the images captured by the body camera to arrest any suspicions and provide transparency for the James’ family and the general public as the investigation of the cases moves forward.

NPD said the length of the police incident was about 47 minutes. Dillard told the Guide he viewed the crucial 40-plus seconds of video involving James, standing about two feet from the two officers who were initially called to quell a disturbance caused by James. While talking with the Guide, Dillard was very guarded in his description of what he saw on the video, careful not to make any statements which would damage any aspect of the investigation at this point.

Dillard refused to say that James lunged at the officers as the police claim or that he made other threatening gestures. But he said he did see a man with a knife.
James’s family and civic activists said they have concerns about the behavior of additional Norfolk police officers who conducted a crime scene investigation on the night of the shooting.

Family members said they were ordered to vacate the premises, the house was ransacked, and their cell phones were confiscated. The police shooting death of James comes almost two years after David Latham was shot to death by a Norfolk police officer on June 6, 2014. Latham’s family admitted he had mental health issues. Police were summoned to Latham’s home at 411 W. 30th St. in the Park Place section of Norfolk. As in the case of James, Norfolk police were familiar with him because they had been summoned to the home he shared with his family.

In the past, Latham or a family member, according to the family, called police to secure assistance from mental health specialists for Latham when he was disruptive. But on the night of June 6, 2014, officers arrived at the home to address an altercation between him and a family member. When police arrived Lathan was standing in front of his home, they said. wielding a knife, as did Willie James, according to the police report.

Latham made some gesture which prompted police officer Michael Edington Jr. to fire his weapon and continued doing so, although witnesses said Latham was retreating into the home.
The Latham family filed a multi-million dollar wrongful death suit against the officer in early March of 2016, 20 months after their son was killed. “I think that Chief Goldsmith may be in over his head,” said Riddick. “For the past two years I have been trying to get the Norfolk Police Department to train their officers in dealing with mentally ill people who are in crisis.”

Riddick said the city has issued funding for Crisis Intervention Training, in conjunction with the Norfolk Community Services Board. He said crisis intervention specialists would be trained to coordinate a response to mentally ill people who pose a threat to themselves, the police and the public. “They have established such training in Portsmouth and other cities,“ Riddick continued. “I am not a police officer, but if I encounter a person who is having a mental health crisis, I would not try to agitate them and I would work to keep the situation calm.”