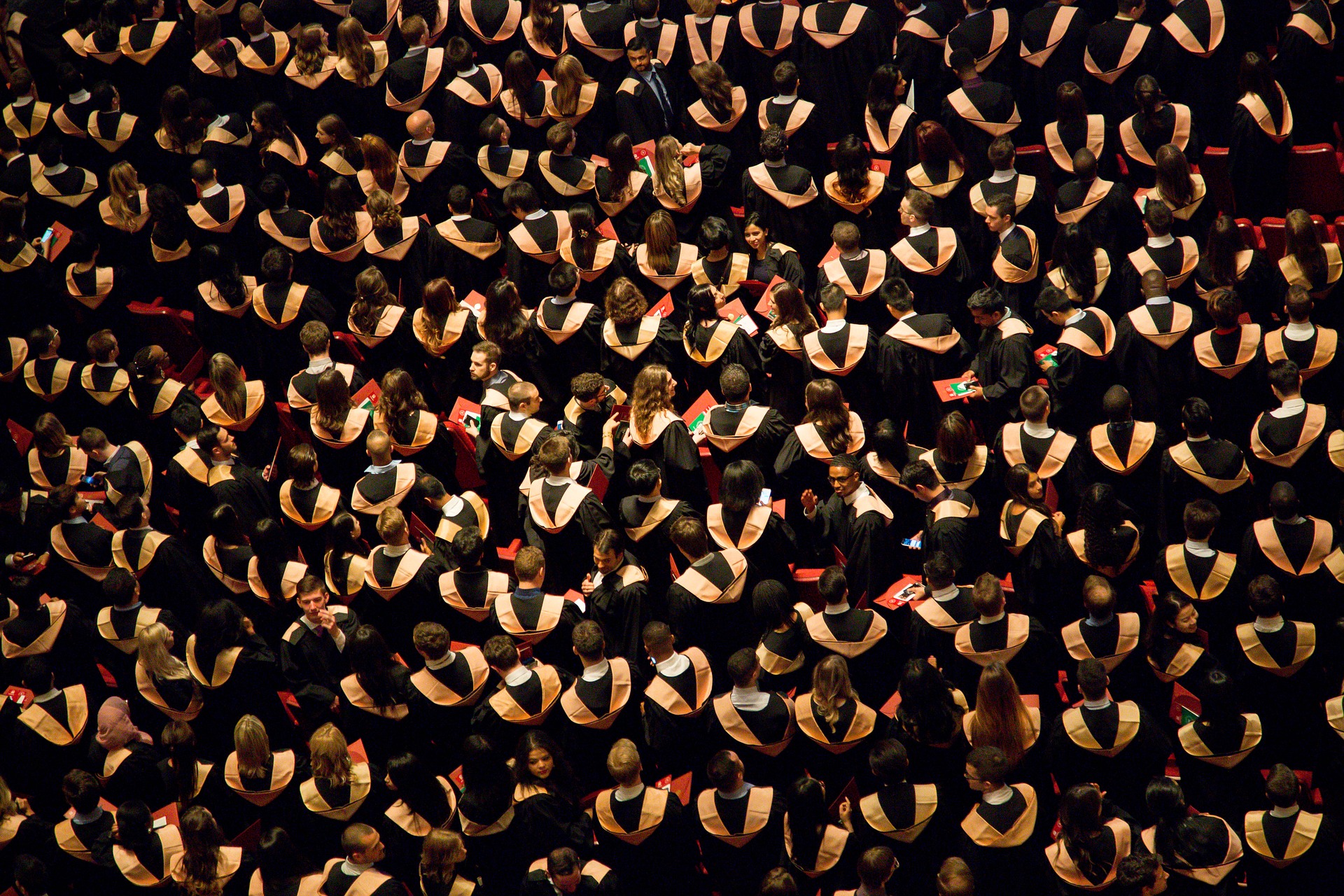 HAMPTON ROADS
Colleges and universities are preparing for their annual graduation ceremonies for students who have successfully completed their requirements.

Old Dominion University will graduate the most students during its 126th Commencement Exercises. More than 2,750 bachelor’s, master’s and doctoral degrees will be conferred.

Because of the growth of the number of degree recipients and the desire to recognize the accomplishments of the University’s graduate students, the university also is introducing a brand-new ceremony, there will be a ceremony for master’s and doctoral graduates of every Old Dominion academic college which will be held 7:30 p.m. Friday, May 5.

It is one of four ceremonies for graduates at the Ted Constant Convocation Center on May 5 and 6.

Austin Agho, Old Dominion’s provost and vice president for academic affairs, said the ceremony also accommodates the growth in the number of students who want to attend commencement.
“Adding this ceremony allows us to spotlight the achievements of our students earning graduate degrees,” Agho said, “and provide them with the maximum number of tickets to share their special moment with their families and friends.”

Tim Seibles, professor of English and Poet Laureate of Virginia, will deliver the commencement address at the graduate ceremony. The other commencement speakers will be Christine Pantoya, senior vice president of mobile strategy for the NBA; Ting Xu, founder and president of Evergreen Enterprises; and Angela Hucles, founder and CEO of Empowerment Through Sport and an Olympic gold medalist. Nina Turner, a commentator on MSNBC and other cable news networks, will deliver the Commencement speech at the NSU graduation exercises May 6 at the Norfolk Scope Arena starting at 4 p.m. Turner, a native of Cleveland, formerly served as state senator for Ohio’s 25th district as well as the minority whip in the Ohio Senate. Katherine G. Johnson, one of the leading inspirations behind the Hollywood feature film Hidden Figures, will serve as Hampton University’s 147th Commencement speaker on May 14 at Armstrong Stadium at 10 a.m.

Considered to be one of NASA’s human ‘computers,’ Johnson performed the complex calculations that enabled humans to successfully achieve space flight. In 1961, she was tasked with plotting the path for Alan Shepard’s journey to space, the first in American history.

Johnson was later responsible for verifying calculations of the “machines” and giving the “go-ahead” to propel John Glenn into successful orbit in 1962.

Dr. Mitchell B. Reiss, honored diplomat, academic leader and president and CEO of the Colonial Williamsburg Foundation, will speak at the 91st commencement of Christopher Newport University (CNU) on May 13 at 10 a.m., on the Great Lawn.

Reiss Before joined the Colonial Williamsburg Foundation in 2014,where he is responsible for the foundation’s 1,800 employees, 800 volunteers and an annual budget of more than $220 million.

Jeff Johnson, award-winning journalist and motivational speaker, will speak at Virginia State University for the spring graduating Class of 2017 on May 13. The University will hold two services including a morning ceremony at 9 a.m. followed by an afternoon ceremony at 2 p.m. at the VSU Multipurpose Center.

Johnson is currently managing principal for the Baltimore-based strategy firm JIJ Communications, where he provides strategic insight and messaging consulting to clients in the private, public and entertainment sectors.

Johnson, also an author, formerly served as national director of the Youth & College Division of the NAACP.

Virginia’s 72nd Governor, Terry McAuliffe will be the keynote speaker at Virginia Union University’s (VUU) 118th Commencement on Saturday, May 13 on Hovey Field at 10 a.m.

The University’s Baccalaureate Ceremony will be held on Friday, May 12, at 6 p.m. in Coburn Hall. The keynote speaker will be Dr. Corey D.B. Walker. Dr. Walker will joins Virginia Union as Vice President and Dean of the Samuel DeWitt Proctor School of Theology on July 1, 2017.

He is currently serving as a Dean at Winston-Salem State University.

U.S. Sen. Kamala D. Harris of California will deliver the keynote address at Howard University’s 149th Commencement Convocation on May 13 on the Upper Quadrangle of the main campus at 10 a.m.

Sen. Harris is both the first African-American and first woman to serve as Attorney General for the State of California. She is also the second African-American woman in history to be elected to the United States Senate.